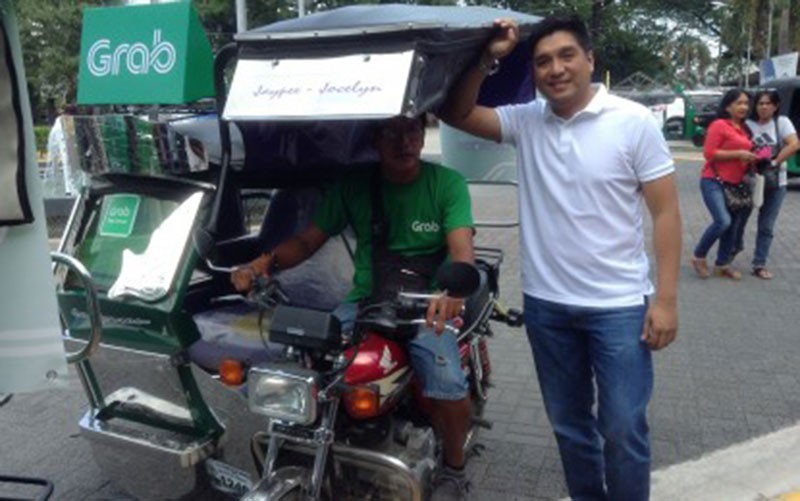 “(But) here, ‘Grab Trike Binalonan’ is for tricycles, and anybody or any member of a TODA (Tricycle Operators and Drivers' Association) can register, so long as they possess a tricycle franchise issued by the municipal government,” Guico said.

He said, noting that out of an estimated 1,500 tricycles with franchise in Binalonan, 100 have already registered with Grab.

The mayor said the city government had earlier reached out to Grab Philippines, convincing the company to bring the Grab Trike service here.

Binalonan is the third local government to partner with Grab service after Pampanga province and Balanga in Bataan province.

“This is advantageous to both tricycle drivers and passengers. Anywhere you are, you can book a ride. For the driver, he can have a passenger anytime. Grab Trike Binalonan operates 24/7, meaning a passenger is assured of a tricycle ride anytime of the day,” Guico said. “Just like a ‘Grab Taxi,’ the fare is fixed and it is up to the passenger if he wants to give a tip.”

He dispelled rumors that the new system would deprive other TODA tricycles of their livelihood, clarifying it is one way of increasing their income. They are welcome to register, he added.

Grab representatives, led by city operations and expansion head Gines Barot, were present during the launch.

“We are excited to bring the service of Grab here,” Barot said, calling Grab Trike a “door-to-door” tricycle service.

Grab Trike operators, who must be legitimate tricycle franchise holders, are required to submit the standard OR/CR, NBI clearance, and police clearance. The driver should have a smart phone.

Both Guico and Barot said only minute details of the operation need to be finalized, such as the booking fee.

The soft launch began in the morning with a short program in front of the municipal hall. It was followed by a motorcade along Poblacion and Sta. Maria road and back to the municipal hall for the closing program. (PNA)