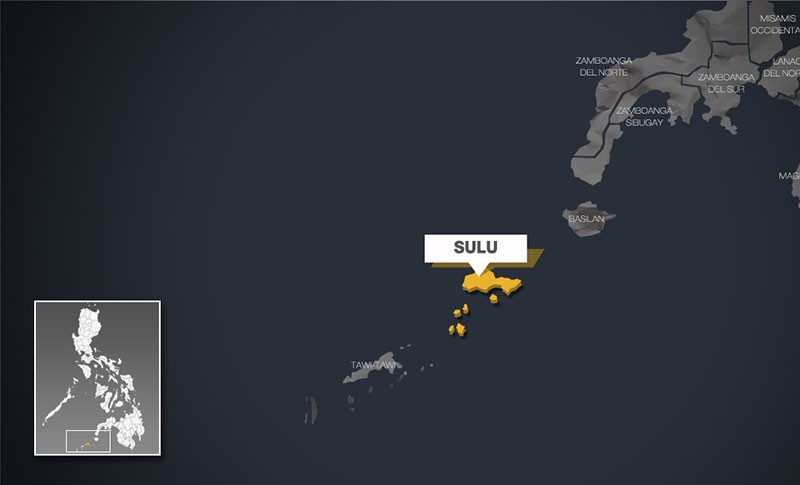 The police said the troops of the Joint Task Force Sulu and Naval Forces Western Mindanao rescued Duterte around 1:30 p.m. Thursday in Kandayok village, Panamao, Sulu. His rescue came after the troops managed to zero in his location in Panamao town.

Five Abu Sayyaf bandits seized Duterte and his wife, Jessica, 53, in the evening of March 3, 2017 at their residence near the shore in the village of Sta. Maria, Siocon, Zamboanga del Norte.

The bandits forced the couple, who owns a coconut farm, to board on a waiting motorboat that sped to the high seas. Jessica was rescued on October 31, 2017 in Basilan province.

The police said four bandits were arrested when Astah was rescued by policemen at 2:45 p.m. Thursday in the village of Walled City, Jolo, Sulu.

The police said the arrest was made after the payoff of ransom between the victim’s grandfather and Abu Sayyaf bandits.

The police withheld names of the arrested bandits, who were detained at the police headquarters in Jolo.

Astah was seized by the bandits who pretended to buy gasoline from the business establishment of the Astah family in the evening of June 25, this year, at Sitio Polao Pinang in Himba village, Tandubas, Tawi-Tawi.

Astah’s mother, Rahsa Malyn, was injured when she was seized as her father, Rahim, put up a fight that triggered a brief shootout.

The rescue of the two brought down the number of hostages in the hands of the Abu Sayyaf Group to eight.

The remaining hostages consist of two foreigners--a Dutch and a Vietnamese--and six Filipinos.