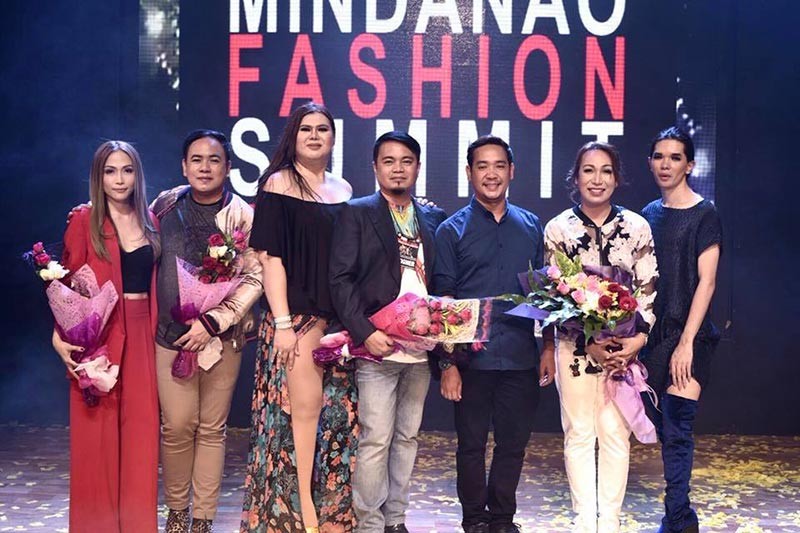 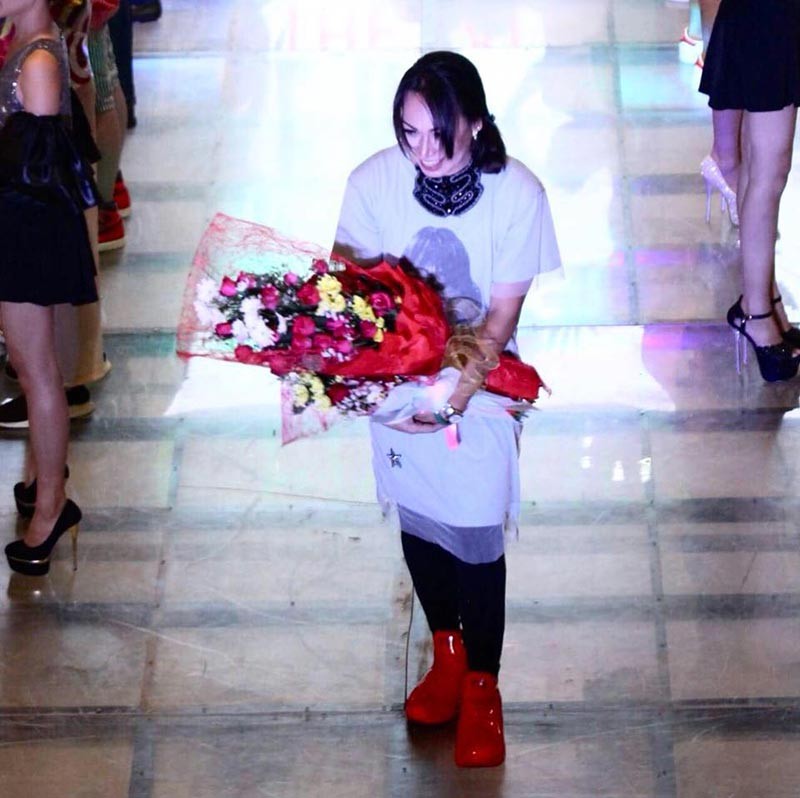 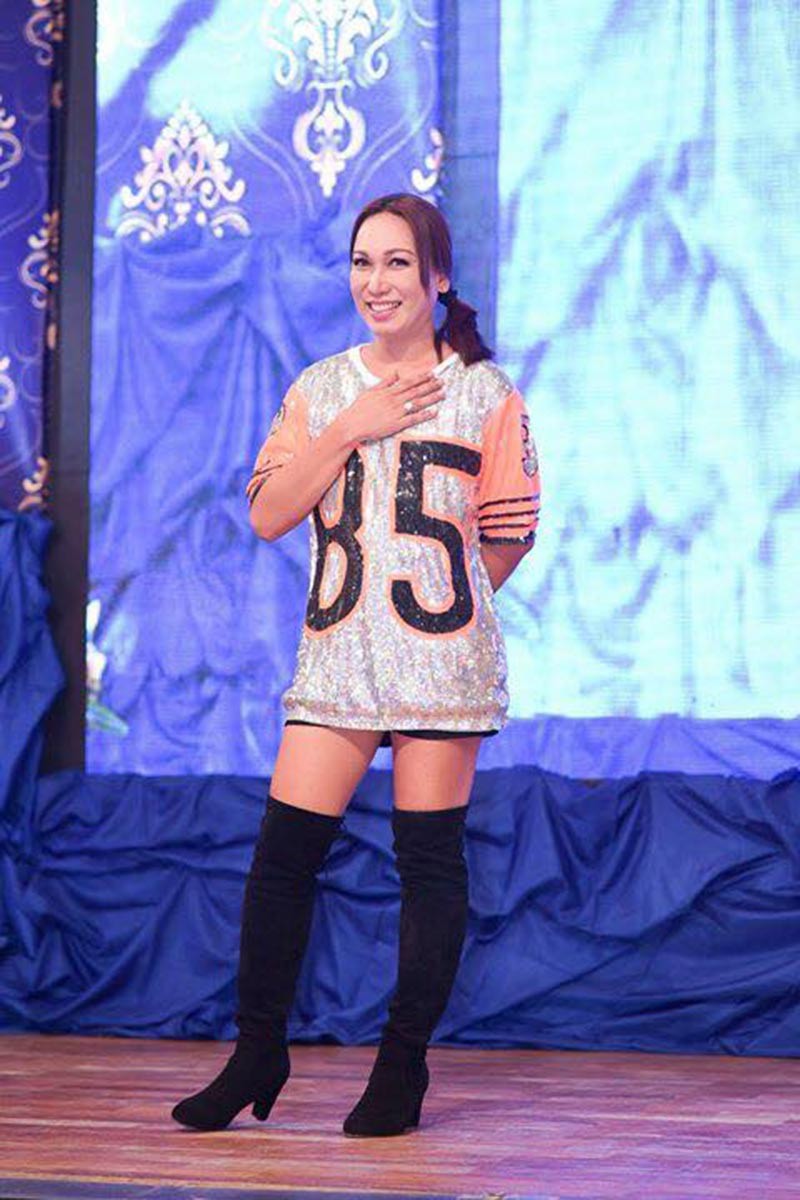 OTHERS might know of the fashion designers Michael Cinco, the Dubai-based Filipino designer best known for his grand couture, or Mich Dulce, the young Filipina designer known for her hats and headpieces.

Whereas in Cagayan de Oro, we have the talented and innovative fashion designer Gil Macaibay III, who is considered by the locals as the city's Prince of Haute Couture.

Macaibay has been in the fashion industry for several years now. He has established his own shop, Gil Macaibay Fashion Studio, located in Camaman-an, this city, way back 2007 and had marked his name in the city since then.

He normally worked on formal wear such as evening gowns, wedding gowns, debut wardrobe, prom dresses, and others, but with little interest in doing casual outfits.

"I really don't market street wear or club wear or yung mga casuals or corporate, I don't do that. Pero what I do sa line ko is more on formal wear," Macaibay said.

He is also into haute couture pieces; dresses that make people easily recognize as his design.

"Basically, I'm into haute couture pieces na pang formal wear. Everything is done na may personal touch na it’s done by me, it’s done by hand, its arranged by me, its constructed by me," Macaibay said.

Gil is well-known for his "Gil Macaibay's Strike a Pose Fashion Show," wherein the models graduated from the Strike a Pose Summer Modeling Workshops would strut wearing Macaibay's collections.

He also did fashion show tours in United States and in Canada. Gil was also awarded as Fashion Designer of the Year in Acadeo's Choice Awards 2017 and Urban Life Awards 2014 for Mindanao Gold Star Daily.

Like any other stars, Gil did not shine overnight. It took a lot of hardwork, love, passion and help for him to reach what he achieved for years.

It all began during his high school days in Xavier University when he took an interest in clothes and fashion designing.

"During the 80s kasi, fashion is very experimental. So you have to do your own clothes. It’s the era of deconstruction. You have to mix in another color with another," Macaibay said.

Gil started creating and designing clothes for his friends and for himself, redesigning old clothes to make them colorful and in trend.

Later on, he began catering to some selected individuals and through word of mouth, as social media was not popular those days; he became known for his craft.

Later on in his journey to become a legitimate fashion designer, he was mentored by Frederick Peralta and Dong Omaga-Diaz of Fashion Design Council of the Philippines.

"These were my friends who helped me and mentored me when I started until they invited me to join the Philippine Fashion Week," Macaibay said.

Philippine Fashion Week in Manila, during those years, was the only venue for emerging or young Filipino designers, who are not known in the fashion industry, to become a legitimate designer.

And for young Gil Macaibay, that was the most challenging and fulfilling event he had ever faced in his life.

"That's the biggest challenge during my starting kasi you are considered a legitimate designer if you're invited and presented a collection sa Philippine Fashion Week kasi it’s the venue for all designers then way back," Macaibay shared.

"You will become a legitimate designer if you pass the designer requirement ng mga senior designers for Philippine Fashion Week," he added.

According to Gil, they started with 300 aspiring designers from all over the country, then they were cut down to 90 until 75 of them remained in the last cut.

"I learned so many things tapos I was able to meet with other designers from all over the Philippines na natanggap and these are legitimate designers and these are designers na existing na rin until now," Macaibay said.

He may have become a legitimate fashion designer but this did not mean that clients immediately flocked his studio to design their clothes.

There were times when customers rejected his work as he had difficulty selling his brand to the Kagay-anons, describing them as picky and particular with their clothes, especially since they did not like seeing or meeting other people with the same clothes as theirs. Kagay-anons were also price-conscious.

However, this does not deter Macaibay from continuing his passion and doing what he loves, adding that apart from his passion to do clothes, what pushed him to continue fashion designing is money.

"There is money in this business. That's basically it. Aside from the fact that it’s my passion to do clothes," Macaibay said.

"Basically, if you can't fund what you like, it’s really difficult. But once you have clients na, you have your savings na to do clothes, mas exciting, you can do more. You can experiment, you can explore kasi as we know fashion is evolving, di ba. From time to time, fashion seems to be the product of dynamic evolution," he added.

With the evolving trends in the fashion industry, the current challenge being faced by fashion designers, according to Gil, is to create something new out of what's the trend.

Observing the local fashion designers of Cagayan de Oro, Gil couldn't help but be proud that the designers now are doing well and the fashion industry of the city is leveling up.

"I would say that they are doing well kasi fashion is not progressive back then, but now I can see it na lume-level up na. Kasi we do international fashion shows, we have international clients already. Hindi lang siya for CDO, we cater to different people outside CDO," Macaibay said.

As for the aspiring fashion designers, Gil's words of advice are to study, learn and experiment.

"You have to continuously study, you have to do your research para you can be at par with other designers and at par with the trend as well," he added.