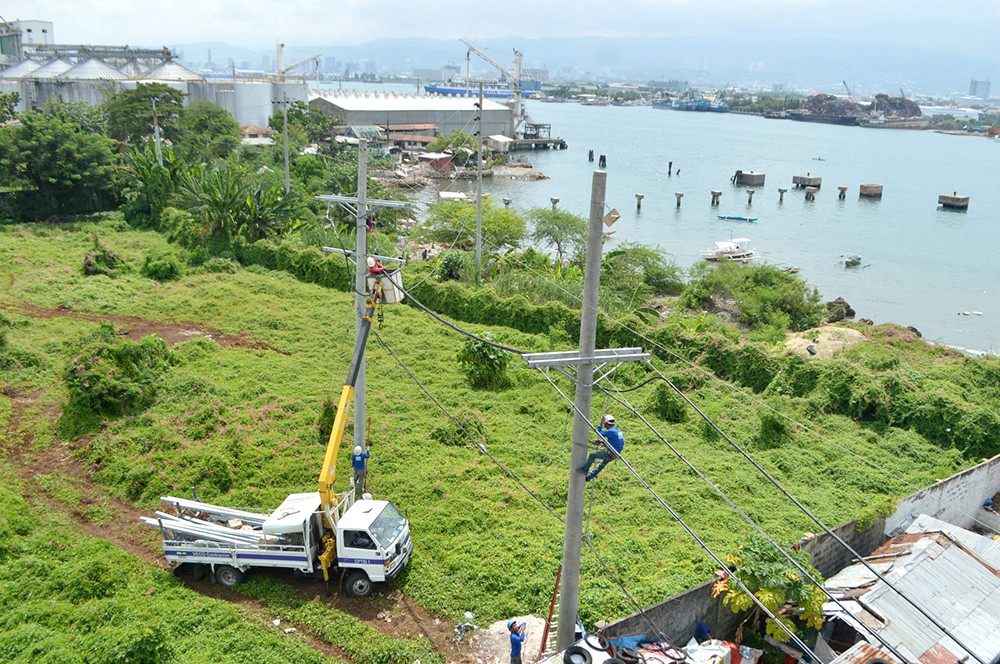 POWER TO THE PEOPLE. Personnel of the Mactan Electric Company install power lines for households in Barangay Pajo, Lapu-Lapu City. While this area is connected to the main grid, many islands in the country are not. (SunStar file)

THE Philippines has great potential for micro-grid developments, as it strengthens its electrification program.

A micro-grid is a small-scale power grid that can operate independently or collaboratively with other small power grids.

Unlike in the main grid, where everyone is affected when a problem arises, a micro-grid can operate on its own using local energy generation.

A micro-grid can be powered by distributed generators, batteries, and/or renewable resources like solar panels.

Chua said an archipelagic country like the Philippines that is also regularly visited by typhoons is challenged to provide affordable and reliable energy power to all islands.

He said LGUs could make their areas micro-grid powered and sustainable so that even if they aren’t connected to the macro-grid, they’d remain free from power disruptions in cases of major power outages.

The event coincided with the Sustainable Energy Ecosystems Conference (Seecon) of the University of San Carlos.

The Philippine government is pushing to achieve 100 percent electrification by 2022.

A report obtained by Sen. Sherwin Gatchalian, who chairs the Senate committee on Energy, says there are 2.3 million unserved households that are still not connected to the power grid. This translates to 16 percent of households in the entire country.

Majority of this unserved population is in Mindanao with 1.3 million, Luzon with 529,952 households and the Visayas with 524,040 households.

At present, the government is employing three methods in pursuing the total electrification agenda.

According to Chua, the country could take advantage of privately managed micro-grid systems fill the gap.

He noted this system has already been used in some fishing communities in far flung areas of the country.

With the aid of a micro-grid, fisher folk can now store their catch longer through a cold-storage facility, enabling them to improve their livelihood.

“This is helpful, especially during typhoon seasons when they can’t go fishing,” said Chua.

A micro-grid system could supply power to some 150 households, but Chua said the number of households that would be connected is dependent on the distances between houses.

Besides the Philippines, Indonesia also shares the same fate when it comes to providing power.

Both are comprised of island economies that are not directly connected to the main power grid. (KOC)