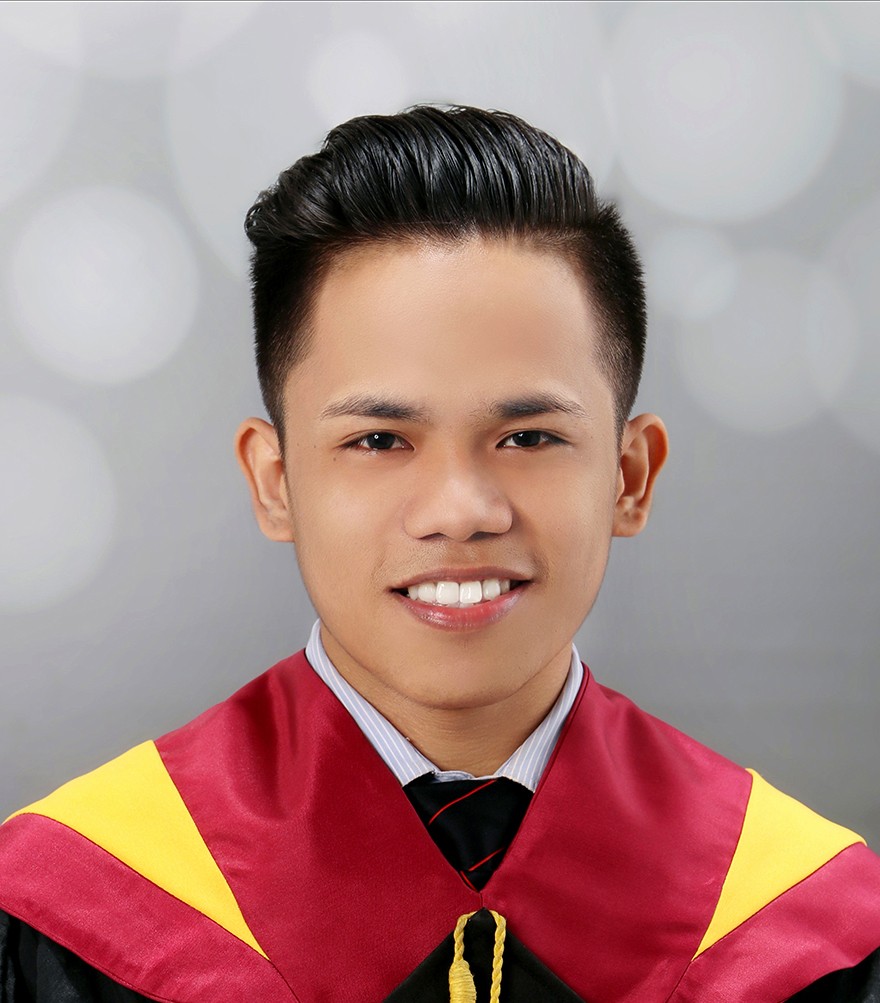 JOSEPH Vincent Y. Satura, 21, son of a Pantawid beneficiary, has topped the recently concluded naval exam last Oct. 2 to 4. He could not believe that he had topped the recent Naval Architect and Marine Engineer Licensure Examination garnering a rating of 92.20 percent.

He even admitted that on the first day of the exam, he had somehow lost the hope of passing because the questions seemed difficult to him.

“Lipay kaayo ko. Wala jud ko nag-expect kay ang amoa ra gyud ato sa akong friends nga makapasar lang mi (I didn’t expect to be on top because what my friends and I wanted was only to pass the exam),” Satura said.

He is a graduate of Bachelor of Science in Naval Architecture and Marine Engineering at the University of Cebu (UC) and considered himself among those ordinary students who only wanted to finish their studies and simply pass the licensure exam.

His parents could not be any prouder for the pride that their son has brought to their family.

“I hope nga magpabilin siya nga humble bisan pa man unsa na iyang mga nakab-ot karon ug unsa pa iyang mga makab-ot (I hope he remains humble even with his accomplishments and those he has yet to achieve),” said his mother, Rosalinda.

Satura described his life with his family: “Living in a communal house in Labangon, Cebu City with my family and other relatives and being the eldest of four siblings, I dreamt of building our own house and experiencing what it feels to be able to provide something big for my family. So I planned on pursuing a bachelor’s degree in Engineering, believing that it would help me realize my dream house.”

He was granted a scholarship from Tsuneishi Foundation (Cebu) Inc. as he qualified and passed all the necessary screening and examinations required for the scholarship. He was, however, sad as his dream engineering course was not included in the degree programs offered under the scholarship. Instead, he took the Naval Architecture course, which he eventually fell in love with.

Though he did not get to worry about his tuition, budgeting his P50 daily allowance for fare, food and other miscellaneous expenses in school was a constant struggle.

Among the contests he competed in were the 2015 UC Engineering Math Quiz bowl, 2015 and 2016 UC Engineering Subjects and Applied Science Quiz Bowl, Stellar Composite Design Competition and the 2nd Alliance of Naval Architecture and Marine Engineering Students of the Philippines: Math Quiz Bowl and Naval Architecture Quiz Bowl. He also represented UC in the Worldwide Safety Ferry Association Design Competition in Thailand in April 2017.

His mother, Rosalinda, 46, has been all-out in providing every support that he needed—financially, emotionally and morally. His family has been a good support system for him in his journey toward all his milestones. Rosalinda is grateful for the lessons learned in the Pantawid Pamilya’s Family Development Sessions (FDS).

“The FDS has helped me a lot in managing my family. Everything that I’ve learned in the sessions, I always apply them in parenting my children, in my family, as well as to other people in the community,” Rosalinda said.

Currently, Satura is a part-time faculty member teaching subjects under Naval Architecture and Marine Engineering in the UC Main Campus. He is planning on working in the shipbuilding company that granted him the scholarship after the school year 2017-2018.

He is looking forward to designing his dream house very soon, while helping his parents pay the tuition of his two college-bound siblings.

Satura’s story of triumph is just one of the many accounts of transformation of the lives of beneficiaries of the Department of Social and Welfare Development’s programs. (S)