Erosion of a culture 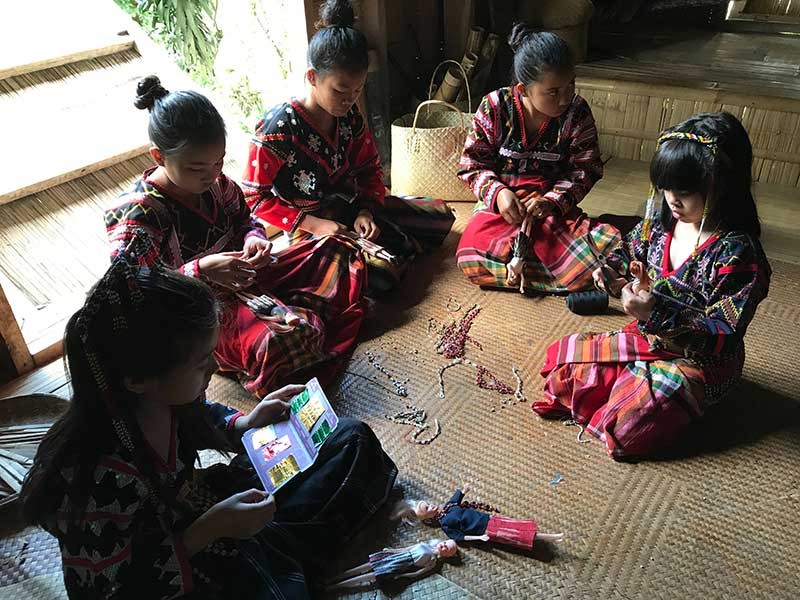 SOUTH COTABATO. A group of Tboli children and a guest garbed in their attire dress up dolls in beads and traditional Tboli textile at the School of Living Traditions in Lake Sebu, South Cotabato. (Photo by Stella A. Estremera) 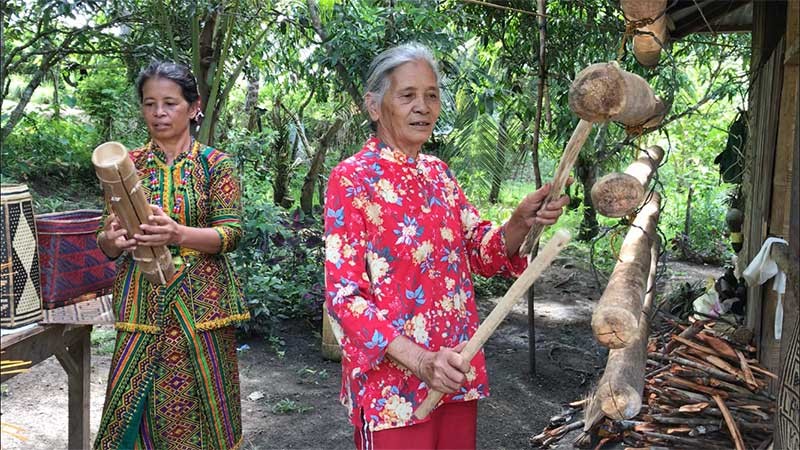 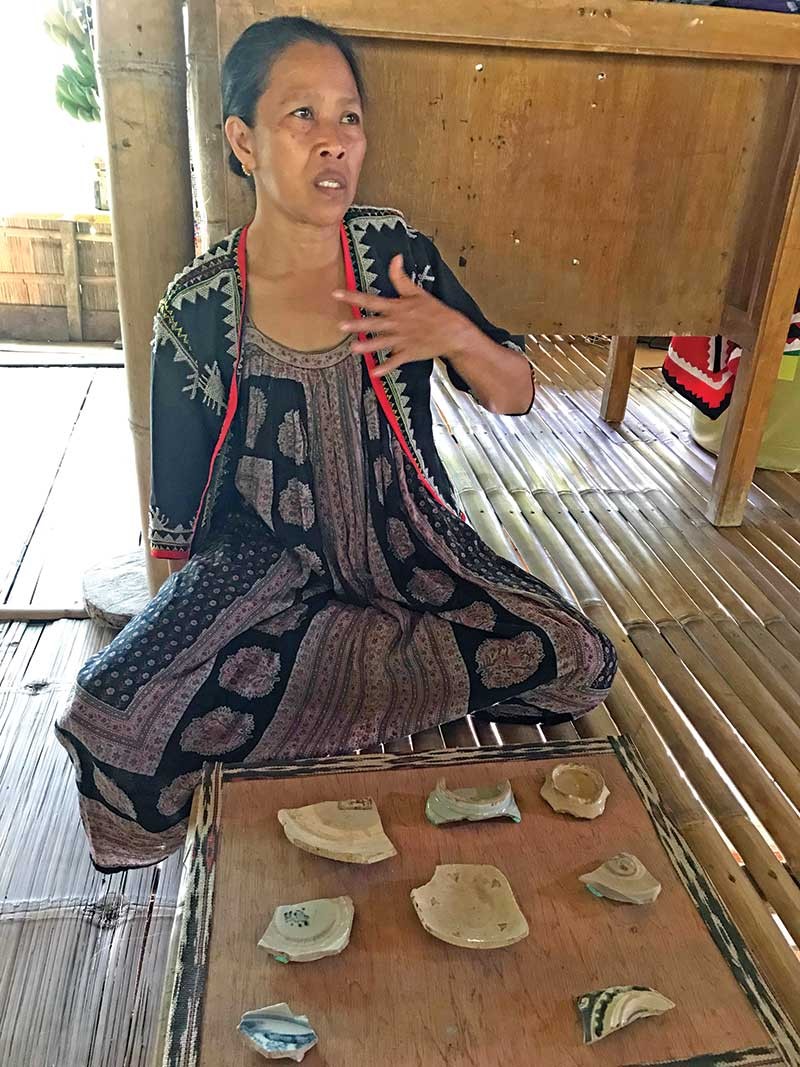 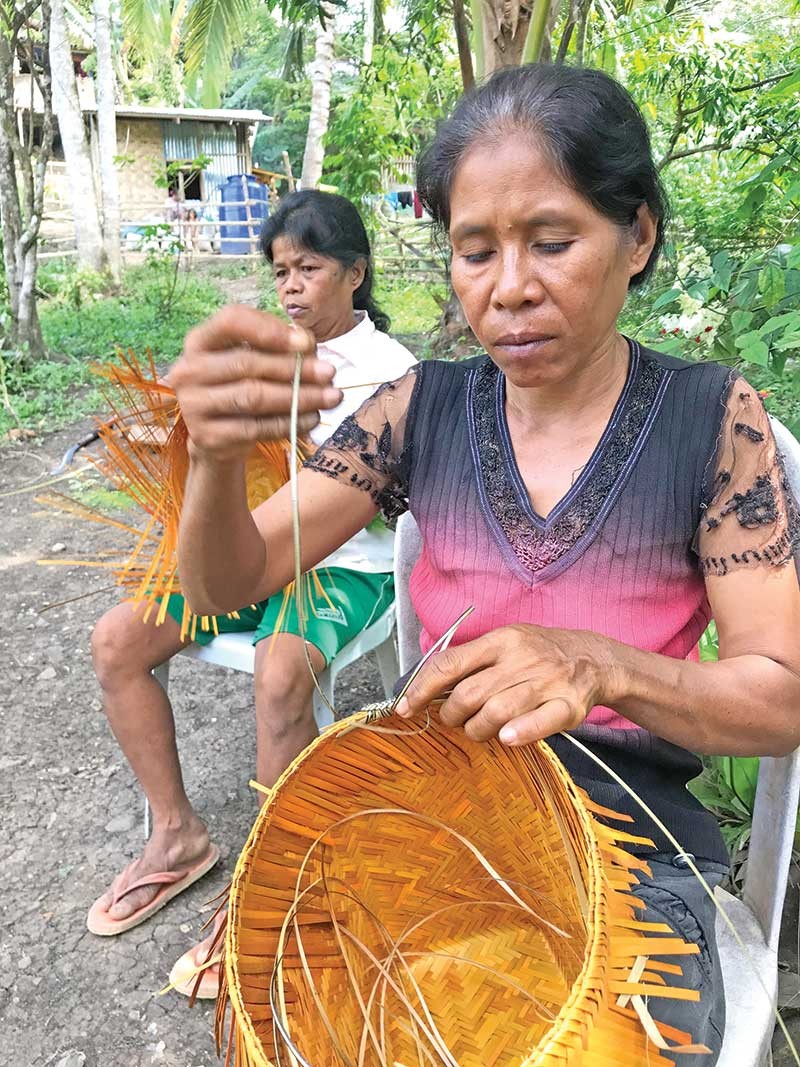 MAGUINDANAO. Teduray women doing the Monom, the Teduray art of basket-weaving. (Photo by Stella A. Estremera)

AMONG the millions of Filipinos, the indigenous peoples who still live close to nature and strive to preserve their cultures and norms amid the onslaught of colonial mentality and what is now the rave among the young -- KPop and JPop -- feel strongly for the plight of nature.

(There is this Mayango tree that I pass by on my way to the land owned by my parents. It’s big. It’s century-old.)

Todi is a known cultural worker whose family runs the School of Living Traditions (SLT) and Home-Stay in a traditional Tboli longhouse in Lake Sebu.

The family performs Tboli dances and chants accompanied by their traditional musical instruments and garbed in the predominantly red attires of their tribe for visitors.

Each chant, dance, and instrument are explained to the visitors for greater understanding and feel of the town beyond the Instagram moments on the lake and in souvenir shops.

Todi said that their two-stringed guitar called hegalung is made from the branches of the Mayango tree.

She measured the diameter of its trunk, she said, because she was awed by its size. It spanned four lengths of the standard 1.5 meter long tape measure.

"Five months ago, pinutol, ginawang lumber," she said. It was devastating and disheartening.

(A lot of people, even among the Tboli, no longer appreciate nature.)

Their forefathers also have a tree exclusively used to make coffins. They call this tree Dof. The wood of this tree, which she describes as softer than Gmelina, should not be used for anything other than making coffins. Not even for firewood.

Knowing only the native names of these trees, Todi could not give clues on what may be their common names much less scientific names. Offers to look at them to document are brushed off as near-impossible as these are deep in the forests, now known only to very few.

Like the Tbolis and all other IP groups, the Teduray-Lambangian also has specific purposes for the trees in their forest.

Their kulintang (wooden xylophone) is made from the wood of a Bayog tree, said Conchita Quinlat, who is known as a peace advocate and civil society leader for the IPs of Maguindanao, and a Monom craftman. Monom is the Teduray art of basket-weaving.

The Kagol, another musical instrument made of five big tree branches hanged horizontally, is made of the branches of the Drong tree. The main material for their baskets is the Pawa bamboo and stitched with Nito vine.

Like in Lake Sebu, the trees are in the forest and they do not know the common names of these.

These situations stir up the longing for the scientific community to trek up those mountains and establish the connection between the indigenous and science, and bring better understanding and appreciation of Mindanao as it was in the eyes of its people when the indigenous tribes lived in harmony with the forests and nature.