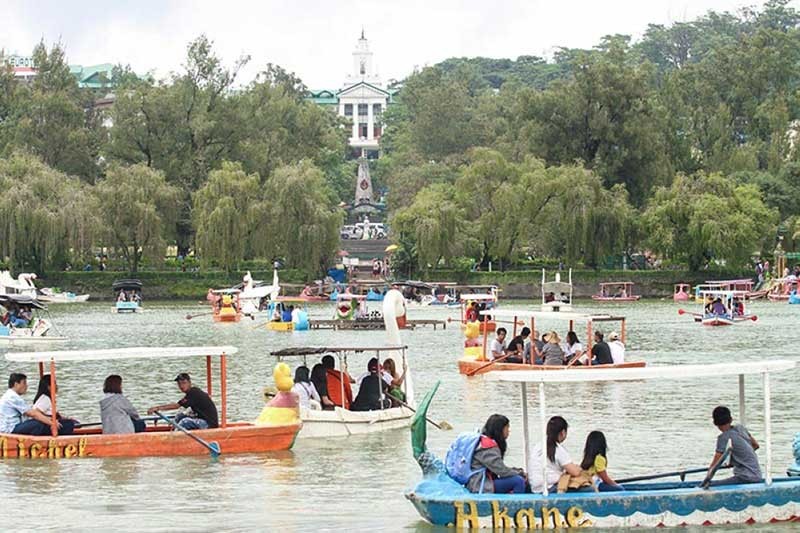 BAGUIO. Burnham Park is one of the famous tourist attractions in Baguio City. (File photo)

BAGUIO City Mayor Mauricio Domogan has debunked an online report that said the city, a popular tourist destination especially during summer, will be shut down on the heels of the six-month closure of Boracay Island.

In a video message posted by the City Hall Information Office, the mayor said the report which has gone viral over social media is fake.

Several days ago, a satirical site said Baguio would suffer the same fate as Boracay Island in Western Visayas and would be shut down to pave the way for environmental rehabilitation.

The post, which Domogan stressed was fake news, went viral

Domogan reiterated that no directives nor official reports have been given to the Baguio City Government on the alleged closure.

“We did not receive any notice for that matter and Baguio is not like Boracay, yes, we have a lot of concerns in the City of Baguio but I repeat there is no order,” Domogan said.

Domogan said the Korean Association has approached him to ask if the news on the closure was true.

“I tell you beloved constituents, hotel and restaurant industry, it is not true, fake news yan, wala kami natanggap na order and official news that Baguio will be closed,” Domogan clarified.

(That is fake news. We have not received an order that Baguio will be closed.)

Former Tourism secretary Wanda Teo first announced the need for the city to undergo rehabilitation. Her call was backed by advocacy groups in the city which want to regulate and streamline construction activities as well as improve management of the city.

Councilor Elmer Datuin, who is in charge of the committee on tourism, said the report on Baguio’s closure is fake news and there was a disclaimer from the author.

“Secondly, closure cannot happen because we are not like Boracay in situation. Most properties in Baguio are private in nature unlike Boracay na government owned with private beneficial users,” Datuin said.

Datuin added the city also does not have environment problems although the council would welcome more development funds from the national government.

“It’s about time that the national government’s infrastructure spending be diverted and prioritized in Baguio and the Cordilleras because most of our tourism development funds are given (to) the Visayas area,” he said.