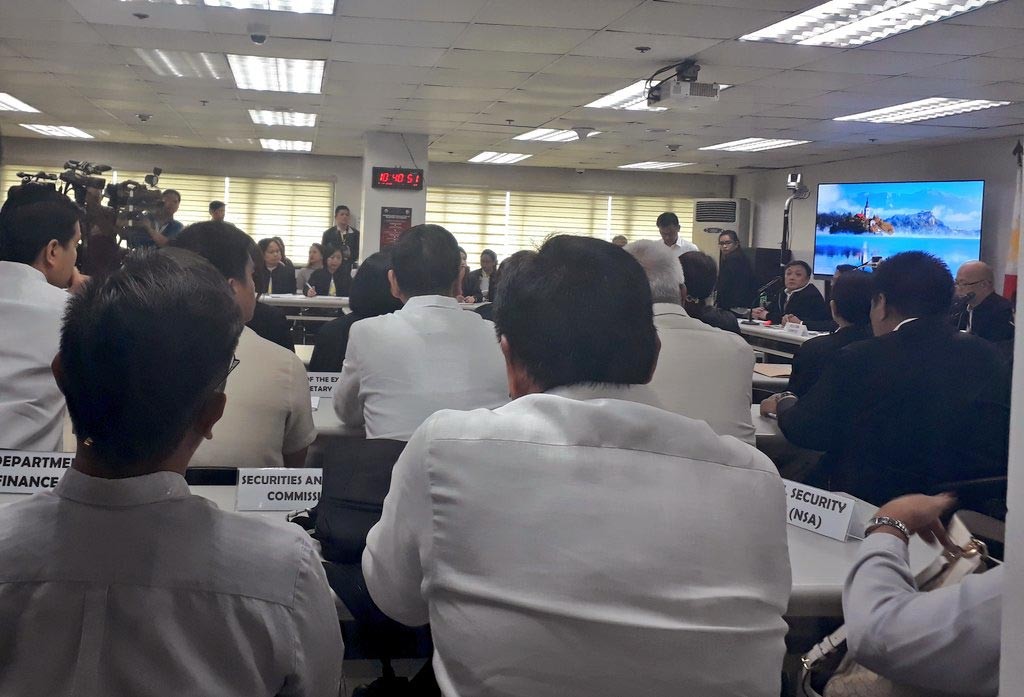 MISLATEL Consortium will proceed to the next stage of the selection process for the new major player (NMP) in the telecommunications industry while Sear Telecom/Tier1 Consortium and Philippine Telegraph and Telephone Company (PT&T) were disqualified.

Both Sear and PT&T have three calendar days to file their respective motions for reconsideration.

The selection document package submitted by Mislatel was found to be in order during the opening of bids at the NTC on Wednesday, November 7. The proceedings were live-streamed via the Facebook page of the Department of Information and Communications Technology (DICT).

At exactly 12 noon Wednesday, the selection committee declared that Mislatel Consortium passed the preliminary evaluation and was qualified to proceed to the detailed evaluation.

The selection documents of Sear, which is part of the Tier1 Consortium, were declared incomplete at 12:45 p.m. Wednesday.

A representative of the consortium, which also includes the LCS Group of Companies led by Ilocos businessman and politician Luis “Chavit” Singson, said they will file a motion for reconsideration.

Under the guidelines for the selection process, a motion for reconsideration may be filed within three calendar days.

Under Memorandum Circular 09-09-2018, the participation security must be either in cash, a manager's check, draft, or an irrevocable letter of credit issued by a universal or commercial bank in the Philippines.

At about 1:20 p.m., the selection committee also declared PT&T disqualified from the process because it lacked the Certificate of Technical Capability.

The PT&T representative has signified the company’s intention to file a motion for reconsideration.

Earlier Wednesday, Mislatel said in a statement that it was confident that the extensive supply chain and knowledge of local industries of Chelsea’s parent company Udenna Corporation will “complement the world-class technology and telecommunications expertise of China Telecommunications Corporation”.

The group also said Chelsea’s “expertise in logistics and distribution will enable the speedy development of the network.”

“In the event that the consortium is confirmed as the NMP (new major player), its immediate priority will be to prepare and to consolidate all the required resources in order to provide the best telecommunications services that Filipinos have been aspiring for,” the group added.(MVI/RAG/SunStar Philippines)