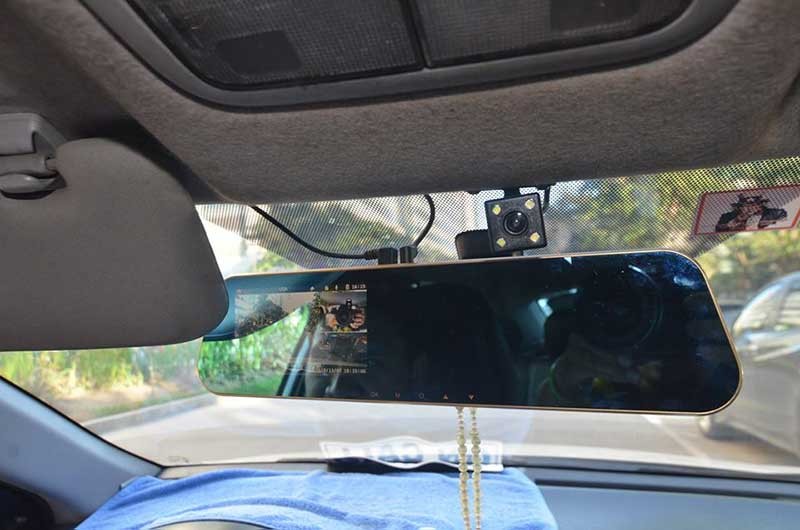 ADVANTAGE. Dashboard cameras in taxi units, such as the one installed on the unit driven by Victorio Molina, help in solving crimes. Molina was shot dead by two assailants Wednesday, Nov. 7 but the crime was captured on his two-way dashcam. (SunStar photo/Alan Tangcawan)

THE killing of a taxi driver may be solved via images captured by a dashcam.

The Cebu City Police Office (CCPO) has deployed a tracker team to go after the suspects in the killing of taxi driver Victorio Molina, 57, of Nala Village, Barangay Tisa, Cebu City, at past 3 a.m. Wednesday, Nov. 7.

Senior Supt. Royina Garma, CCPO director, ordered a team to go after the culprits, whose faces were captured by the taxi’s dashboard camera.

Molina was one of the two men shot dead in separate incidents in Cebu City in less than eight hours.

Past 7 p.m. Tuesday, Nov. 6, a man police identified as Sirico Sadora was shot dead by riding-in-tandem assailants on Sabellano St. in Barangay Quiot.

He was about to park his motorcycle when the gunmen arrived and shot him several times.

Sadora was rushed to the hospital, where he was declared dead on arrival by the attending doctor. Land dispute was eyed as the motive behind the attack.

In the Tisa incident, investigators eyed robbery as the motive behind the murder.

After being informed of the incident, a team from Punta Princessa Police Station rushed to the crime scene.

Police found Molina lifeless in the driver’s seat as he had succumbed to a gunshot wound in the head.

Some residents told the police that they heard a single gunfire. There were residents who saw two men running out of the taxi.

Police believe a revolver was used in shooting Molina.

He said they are looking at robbery as the motive behind the killing since only coins were left in the taxi aside from the P1,000 that was hidden in Molina’s bag.

Witnesses said they heard a gunshot inside a Ken Taxi (GXW 408) and saw two men come out of the vehicle and fled.

The police were able to secure CCTV footage from establishments near the crime scene, but they were blurry.

They were able to get images from the taxi’s dash camera, but Magdadaro refused to give further details.

Investigators believe the suspects could be living in the vicinity.

Garma had ordered the Punta Police to solve the case as soon as possible.

She urged tax drivers, who are constantly exposed to risks, to be extra careful.

Anyone can also approach policemen patrolling in major roads every night.

Since the Land Transportation and Franchising and Regulatory Board pushed for the modernization of public transports, taxi units have installed dashboard cameras. (AYB, KAL)