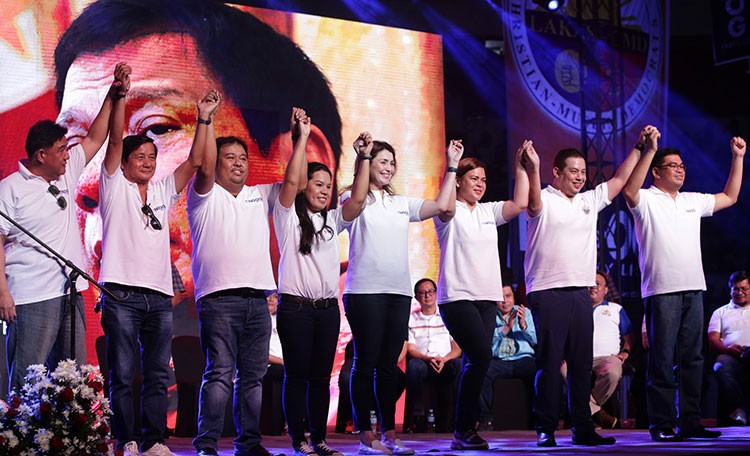 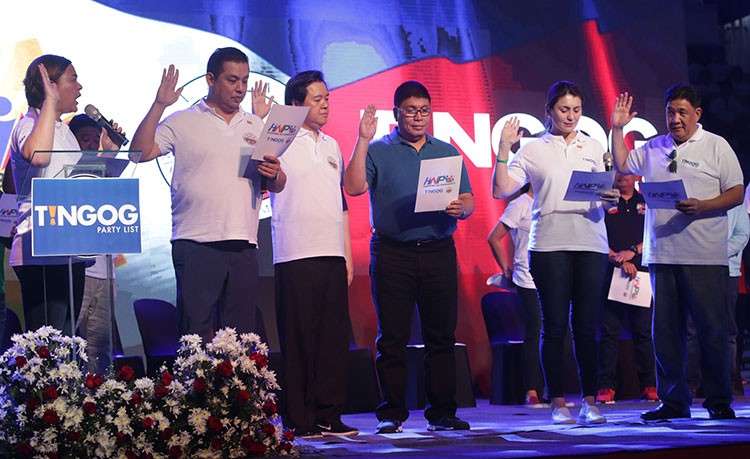 “The signing of an alliance agreement is just a formality because both parties have already been aligned in principle before. We share the same mission, beliefs, vision and thrusts with Mayor Sara’s Hugpong ng Pagbabago,” said Romualdez, who is also the president of the Philippine Constitution Association (Philconsa).

“We are all committed to push President Rodrigo Duterte’s agenda for nation’s growth and improve the lives of the people in the countryside,” he added.

In his speech, Romualdez urged the group to “help the senatorial candidates of Hugpong ng Pagbabago whom I trust will carry on President Duterte’s agenda of genuine change.”

He also reiterated the party’s "strong support" to President Duterte and the government's agenda for change.

In return, Duterte-Carpio asked fellow party mates and the public to support their senatorial candidates, saying the President needs senators "who will push his agenda in the last three years of his term."

For his part, Leyte First District Representative Yedda Marie Romualdez, wife of Romualdez and first nominee of Tingog, thanked the people of the first district of Leyte for electing her to Congress.

Yedda, in less than two years, was instrumental in the passage of the Universal Access to Quality Tertiary Education Act, which provides for free college education in all state colleges and universities, and the Ease of Doing Business Act, which intends to help the budding small and medium entrepreneurs.

“We passed on third reading the Alternative Learning System Bill, which aims to strengthen the alternative learning system, the Expanded Maternity Leave Bill, which enables new mothers to care for their newborn for the first hundred days and recently, the Disaster Resilience Bill, which provides for the creation of the Department of Disaster Resilience as the country’s principal agency responsible for preparing and responding to natural disasters and climate change,” she said.

She added that the desire to be of help to an even wider community pushed her to accept the partylist nomination.

“We hope that the modest achievements we have realized here in the First District of Leyte, could be true to every part of Samar, Eastern Samar, Northern Samar, Leyte, Southern Leyte, and Biliran,” she said.

Philip Jude Acidre, the second nominee of Tingog, acknowledged President Duterte, saying his "leadership, sincerity and passion for service" give the people "so much hope in the future."

“It is a deep honor for me to stand before all of you -- leaders of both our regions, and of our nation -- as we embark on a common journey towards a better tomorrow for this nation that we all love,” Acidre said.

Tingog was founded on October 2, 2012 as Tingog Leytehon, a provincial political party based in Leyte.

The other three nominees of Tingog are Jamie Go, Alexis Yu, and Jenifer Padual.

Over 5,000 people, composed of local chief executives and other government officials, witnessed the formal signing of the alliance agreement between the three political groups at the Tacloban City Convention Center (Astrodome). (SunStar Philippines)