Sea dispute may be raised during Asean-China summit

THE long-standing territorial disputes among claimants to the South China Sea, which the Philippines calls the West Philippine Sea, might be raised during the Asean-China summit in Singapore next week.

The meeting is part of the 33rd Association of Southeast Asian Nations (Asean) Summit and Related Summits, which is scheduled for November 13 to 15 in Singapore

DFA Assistant Secretary Junever Mahilum-West, in a press conference Friday, November 9, said, however, that she was not privy to the details.

"As you know, the Philippines has assumed the coordinatorship of the ASEAN-China dialogue partnership from this year until 2021, that's for a period of thee years," the Foreign Affairs official said.

Mahilum-West also said President Rodrigo Duterte might have the opportunity to meet with Chinese President Xi Jinping on the sidelines of the summit.

"There's always the possibility. But any meetings would have to be, of course, prepared for beforehand. So we'll just see," she added.

The Asean-China Summit will be held amid reports that China has installed new weather stations on the Fiery Cross (Kagitingan), Subi (Zamora), and Mischief (Panganiban) reefs in the contested Spratly Islands.

Chinese Foreign Ministry spokesperson Lu Lang reportedly said earlier that the weather stations would be used to ensure navigational safety in the contested waters, but the South China Morning Post claimed that the facilities "could also be used for military purposes."

On November 5, Presidnetial Spokesperson Salvador Panelo said the Philippines would file a diplomatic protest against China, if Beijing is indeed beefing up defense capabilities in the disputed South China Sea.

China has extensive claims to nearly all South China Sea based on its "nine-dash line" theory. Other claimants are Taiwan, Brunei, Malaysia, Vietnam, and the Philippines.

Mahilum-West said the Asean summit would let the regional bloc leaders "see the progress of the implementation of the Asean Community blueprints and the work in moving community building forward as well as bringing Asean closer to the realization of a rules-based, people-oriented, and people-centered Asean Community."

She said the related summits would be an opportunity for Southeast Asian leaders to look into the progress of Asean’s relations with its dialogue partners and the deepening cooperation with them on a number of priority areas.

Other areas of cooperation were women and youth, disaster management, climate change, and people-to-people exchanges.

"This is a summit with our major players in the region. We can expect engaging discussions on regional and international issues that impact on the peace, security, and overall well-being of the peoples of our region," Mahilum-West said. (SunStar Philippines) 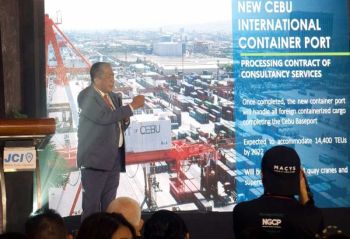 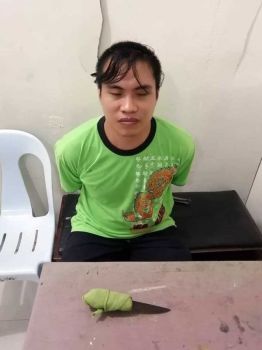