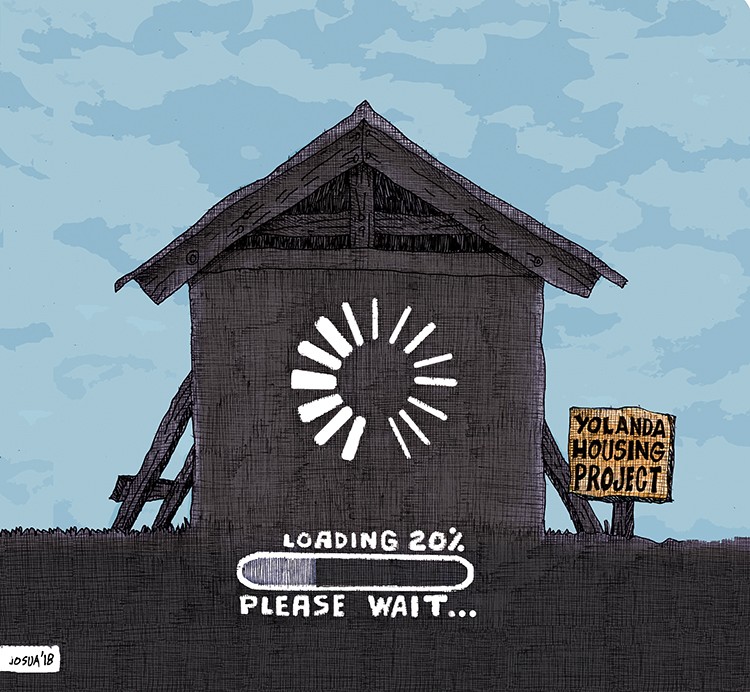 THERE should be a number of compelling reasons why the National Housing authority (NHA) could only complete 8 percent of the 22,423 houses it was tasked to build for the victims of supertyphoon Yolanda in northern Cebu. But that does not mean the supposed beneficiaries should no longer complain. Meanwhile, those compelling reasons should be considered if we look for ways to speed up the work.

But first, note that Yolanda, which devastated Tacloban City in Leyte and some other areas in Eastern Visayas and Central Visayas, was used to advance the political careers of politicians in both the local and national levels during the 2016 elections. The lack of sincerity is surely one of the reasons for the government’s failings on the matter.

The administration of then president Noynoy Aquino, and the candidacy of his anointed, Mar Roxas, partly fell on two popular issues used by the political opposition in 2016: post-Yolanda government efforts and the mishandling of the Special Action Force (SAF) operation in Mamasapano, Maguindanao that resulted to the death of 44 SAF personnel (the so-called “SAF 44”).

Of the two issues, the Yolanda devastation was the one that required more attention from the new government considering the resources and the determination required to follow through the rehabilitation process. But by the time the administration of President Duterte took over, the focus was already on other issues like the war against illegal drug traders.

The attitude actually trickled down to the lowest levels of government. Local government officials in badly affected areas apparently were already looking the other way since 2016. Because if they weren’t, they would have exerted the needed pressure on the concerned government agencies in charge of the post-Yolanda rehab, like the NHA, to complete the construction of the houses.

There is something in our politicians’ style of governance and our system of government that favors the short-term over the long-term. Our leaders place their thinking within the confines of their terms of office and rarely transcends them. And leaders that succeed them are concerned only with their own issues and don’t have interest in completing whatever their predecessors started.

Because of this, it does seem likely that the construction of the houses for Yolanda victims would end up like what is described in this colorful Cebuano phrase: “maabtan og siyam-siyam.”