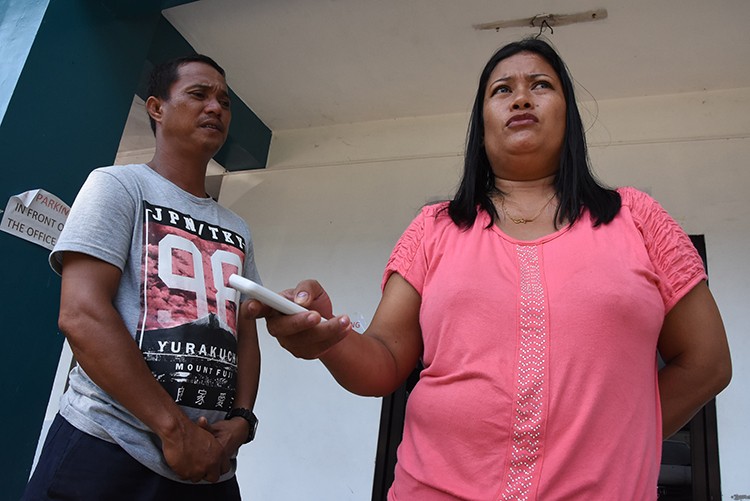 After they dumped her in the waters around the Caubian Islet in Olango, Cebu, Niño asked to be brought to Barangay Punta Engaño in Lapu-Lapu City.

When Niño got off the boat, he allegedly handed Riolito an envelope containing the money.

This was the testimony of Riolito, who took the witness stand on Friday, Nov. 9, during the hearing on Gisela’s murder in the sala of the Municipal Trial Court in Cities (MTCC) Branch 3 at the Lapu-Lapu Hall of Justice.

“Suhol to sa gisugo niya nako (It was payment for what he ordered me to do),” Riolito told Senior State Prosecutor Juan Pedro Navera.

Riolito said a man on a motorcycle was waiting for his cousin on the shore. Niño hopped on, he said. Riolito didn’t recognize the driver because the latter was wearing a helmet.

Niño also allegedly told Riolito not to say a word about what happened and to disappear, adding that he would take care of Riolito’s family.

However, Riolito said he surrendered in Bien Unido after receiving several phone calls from the police, who asked him if he and Niño were together.

The money Niño allegedly gave Riolito was later seized by members of the Police Regional Office 7 during a hot pursuit, or follow-up operation, when it was learned that Gisela had gone missing.

Amando Virgil Ligutan, the lawyer for the victim’s camp, said the ongoing direct examination is still related to the motion to drop Riolito as an accused, but his testimony will be of great help to the prosecution.

“Once the judge says that Riolito is discharged..., automatic he is acquitted,” Ligutan said.