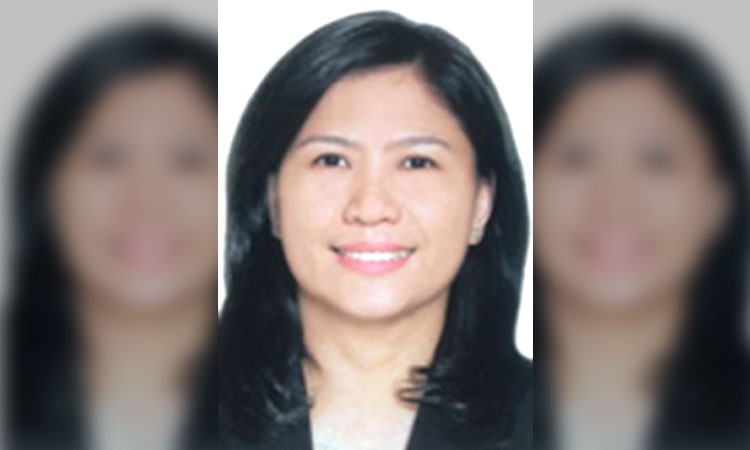 SCROLLING down: Justice Maryann Corpus-Manalac, the junior member of the fifth division of Sandiganbayan, "favored" President Duterte when she issued an eviction notice to occupants of the Mile Long Property that Digong frequently raised in criticizing the Prietos and the Inquirer. Perhaps Duterte, known to be a grateful leader, returned the favor by naming her to the anti-graft court less than a year after he assumed office... Four of 34 lawyers killed so during the administration of Duterte come from Cebu... Quick reads about Imelda's conviction on seven counts of corruption.

First, what people are talking about

Top subject is Imelda Marcos, regarding her age.

* The late Rico Puno, talking about Mrs. Marcos who was at his concert: "Madam Marcos was sponsor at my wedding. This woman is a genius. She has never been jailed yet." And she might never be, Rico.

Contrary to what some people publicized, the Sandiganbayan justice who penned the decision that convicted former First Lady Imelda Romualdez-Marcos was not appointed by then president Noynoy Aquino but by President Duterte.

Maryann Corpus-Manalac was the "ponente" assigned to write the ruling. A Makati Regional Trial Court judge, she was named by President Duterte to the anti-graft court last December 8, 2017.. The junior member of the fifth division, Manalac will retire on July 27, 2036 yet. The point being: her security of tenure should help her do her job rightly and justly.

If justices vote according to who appointed them and what the latter would want, then the two "Aquinian" outvoted the lone "Dutertard." But the justices must have enough integrity and good sense to vote according to the evidence and the law. And for a division ruling, the vote must be unanimous. It is only in an en banc decision that only eight votes are required. If Manalac were a die-hard Dutertard, she could have held out and refused to write the ruling that she did not believe in.

Justice Manalac was the Makati RTC Branch 141 judge who issued the notice to vacate to occupants of the Mile Long Property in that city that was leased to the Rufinos and Prietos who own the Philippine Daily Inquirer.

In his criticisms of the Inquirer, President Duterte had always picked on the Mile Long issue. If Duterte rewarded Manalac for the ruling against the Rufinos and Prietos, each side already did its part. In the Imelda case, she must have been guided solely by the merits of the case. To be fair to the good justice though, she must have also done so in the Mile Long Property dispute.

Did you know that Noynoy Aquino appointed 11 justices to the Sandiganbayan during his 2010-2016 term while Duterte already named seven members since 2016 and he has not reached even the half-way mark of his stint yet?

Cebuana Geraldine Faith Econg was among the five whom Noynoy appointed on January 20, 2016, along with Manalac, the Imelda ruling author. Would Econg necessarily vote for Aquino's side on cases that involve or affect the former president? Would that hold true with other Duterte-appointed justices as well? Maybe not. Econg will retire on August 6, 2037 yet and enjoys security of tenure.

* "William Saunders" and "Jane Ryan": American names used by then president Ferdinand Marcos and first lady Imelda Romualdez-Marcos in their Swiss accounts. In 1968, the accounts were opened with an initial deposit of US $950,000, three years into their two-decade rule.

* November 10, the day the Sandiganbayan decision was promulgated, Mrs. Marcos was absent from the sentencing. Part of the ruling included the order for her to explain her failure to attend. She might cite the birthday of her daughter Imee which falls on that day.

* Courts in Hawaii and Singapore had ruled against the Marcoses regarding "stolen" wealth. Congress appropriated money from assets seized from the family to compensate martial law victims. The Sandiganbayan convicted Imelda in criminal cases related to an anomalous contract with Light Rail Transit Authority and two other entities, which the SC however reversed in 1998.

Four of 34 lawyers, judges and prosecutors killed during the Duterte administration, as listed by Rappler, were Cebuanos, all killed in Cebu City.

* Goering Paderanga Sr. and Gerik Paderanga, father and son, both lawyers, killed in December 2016 in an altercation with a security guard at a construction site;

* Jonah John Ungab, shot dead in his car in February 2018; a town vice mayor and lawyer for suspected drug lord Kerwin Espinosa, Ungab had just attended a trial when executed;

* Salvador Solima, practicing lawyer and former prosecutor, was gunned down in his home.

The list started with Rogelio Bato Jr., a lawyer of suspected drug lords Aurelio Espinosa Sr. and his son Kerwin and ended with Benjamin Ramos, secretary general of the Negros arm of the National Union of People's Lawyers, shot dead in November 2018.