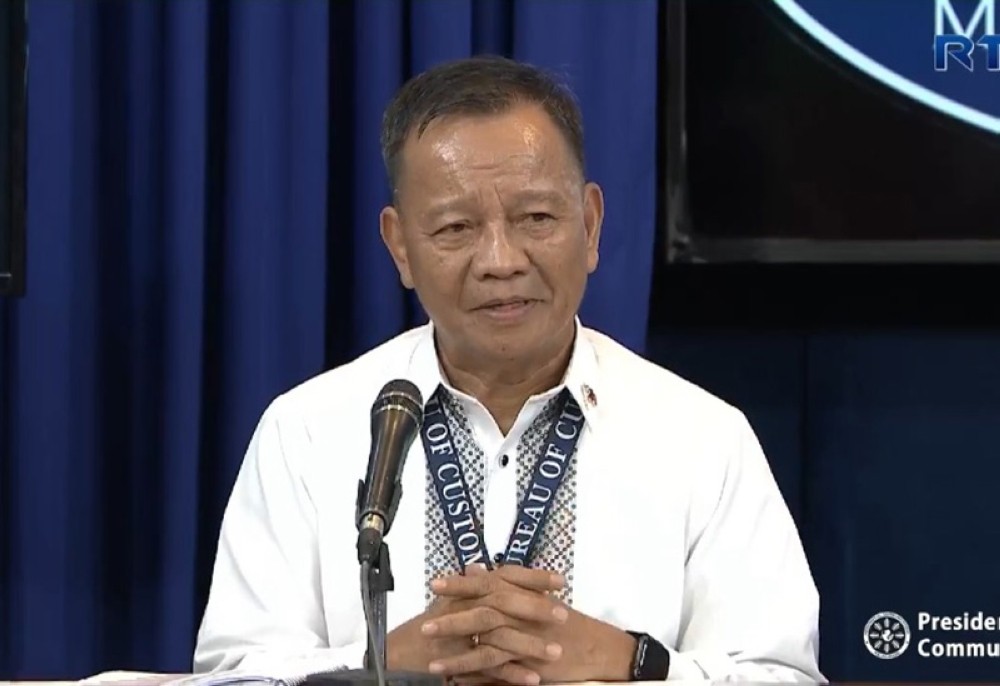 FORMER Customs Commissioner Isidro Lapeña is not exempt from any liabilities even if he is an ally of President Rodrigo Duterte's administration, Malacañang said on Tuesday, November 13.

The National Bureau of Investigation (NBI) has lodged criminal and administrative complaints against Lapeña over alleged irregularities in the release of 105 containers of ceramic tiles worth P69 million.

Presidential Spokesperson Salvador Panelo said the NBI was merely following Duterte's order to rid the government of corruption when it recommended the filing of charges against Lapeña.

"Good governance is the hallmark of the Duterte administration and this latest development is a reaffirmation of the President's commitment against all forms of corruption and illegality," the Palace official said.

"No one, friends or political foes alike, is spared in our fight against corruption. The National Bureau of Investigation has a mandate to fulfill and its action is proof that the President shall not shield those upon whom a shadow of doubt has been cast," he added.

In a November 7 report filed before the Department of Justice on Monday, November 12, the NBI accused Lapeña of violating Section 3(e) of Republic Act 3019 or the Anti-Graft and Corrupt Practices Act for allowing the release of containers filled with tiles from China in March.

Aside from corruption charges, the NBI also recommended administrative charges of gross neglect of duty and grave misconduct against the erstwhile Customs chief.

One hundred five containers, with a declared value of at least P69 million, were purportedly released by Manila South Harbor's port operator Asian Terminal Inc. on March 17 without proper clearances and documents.

Lapeña currently heads the Technical Education and Skills Development Authority (Tesda) after Duterte moved him out of the Bureau of Customs on October 25 amid the alleged smuggling of multibillion-peso worth of shabu into the country.

Panelo added that Lapeña has the right to be presumed "innocent," until proven guilty.

"Nonetheless, we point out that Technical Education and Skills Development Authority Director-General Isidro Lapeña has the constitutional right to be presumed innocent," he said.

"Until and unless proven otherwise, he still enjoys the trust and confidence of the appointing authority who happens to be the President," he added. (SunStar Philippines)