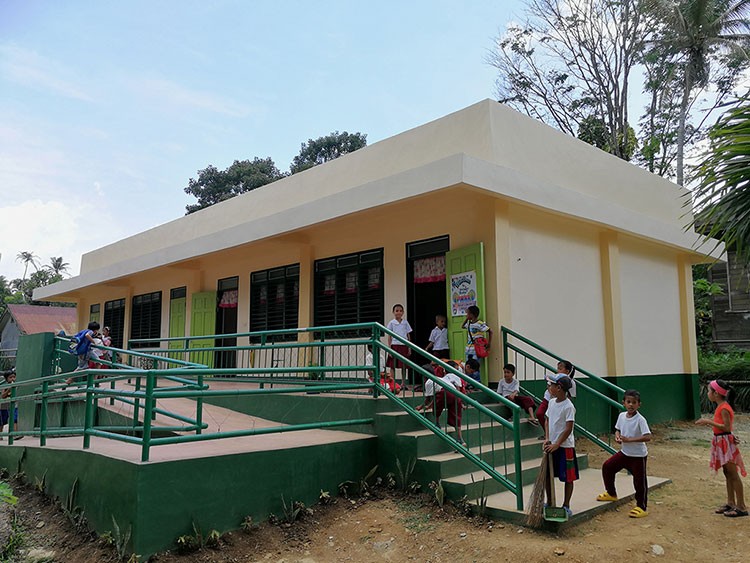 BASILAN. Pupils of Maluso Central Elementary School in Maluso, Basilan look forward to go to school every day, especially with the new school building they received from the Australian Government, in partnership with Philippine Business for Social Progress. (Contributed photo) 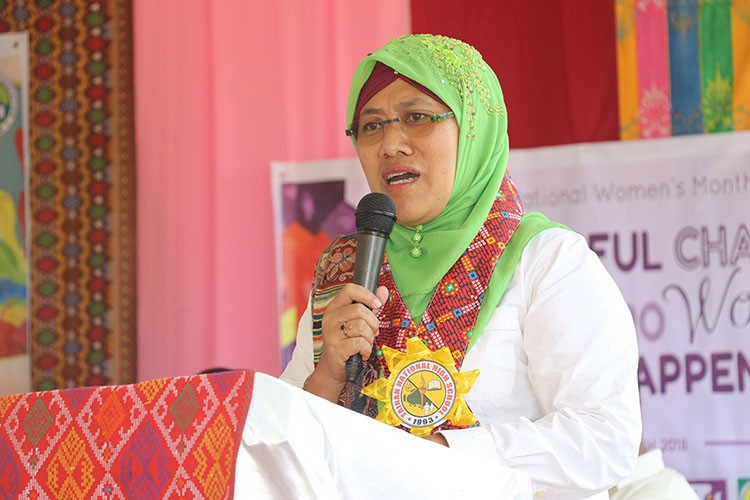 BASILAN. Lantawan administrator Tahira Ismael is confident that the Australian Government's donation of 50 school buildings in Basilan would boost their efforts to encourage out-of-school youth to return to school and not be involved in armed groups. (Contributed photo) 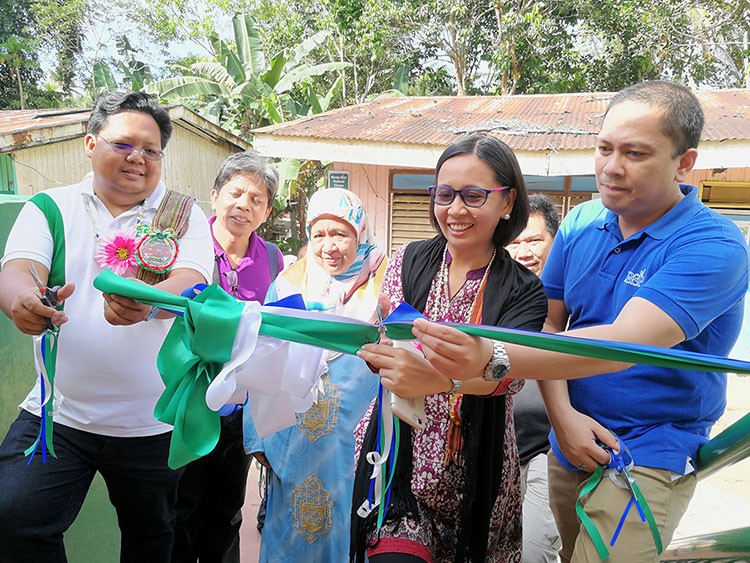 FOR decades, schools in Basilan bore the brunt of armed conflict such as rido (family feuds), insurgencies and terrorism. School buildings were destroyed and communities around the schools, including women and children, lived with the threat of kidnapping.

"School buildings were burned. Hundreds of teachers were transferred. Due to this, many students were not able to continue school. There were a lot of evacuees. They also kidnapped 50 residents from Barangay Tairan, including women and children. One of the hostages they beheaded was my uncle," she added.

In response to the security situation, many barangay officials armed themselves to help the military and police fight the terrorist group ASG. Several detachments of the Citizen Armed Force Geographical Unit (Cafgu) were also placed near schools to ensure safe passage for students and teachers.

The teachers were also doing their part to stabilize the situation in schools.

"Up to now, both Muslim and Christian teachers in Basilan are telling kids in schools that the conflict is not about Muslims versus Christians. It is a conflict between the government and terrorists. The terrorists are just using what they want to brainwash us. They are not telling the truth. In fact, they are not true Muslims because they are doing the wrong thing that is beyond the context of Islam, Qur'an and Hadith," said Ismael.

Happily, the teachers' efforts mean the situation between Muslims and Christians in schools is returning to normal. The new challenge for teachers is to find those children who are not in school to prevent them from being recruited by armed groups.

Encouraging students to return to school

This mission was made easier with help from the Australian Government in partnership with Philippine Business for Social Progress (PBSP). Australia has provided support for the construction of 50 classrooms in Basilan and Lamitan, which are disaster-resilient, gender-sensitive and accessible to learners with disabilities, enabling more out-of-school youth to return and stay in school.

The classrooms come complete with amenities like armchairs, ceiling fans, lights and comfort rooms (one for boys and another for girls per classroom).

About 50 of these classrooms were given to 14 schools in Akbar, Lantawan, Maluso, Sumisip and Lamitan City. Out of the 50, eight are still under construction in Lamitan City.

For the recipients from Maluso Central and Shipyard Elementary Schools, which each received new school buildings, this was their first opportunity to learn in a fully equipped classroom.

"I am thankful because we do not need to attend classes in the stage anymore. Before, we had a hard time concentrating because we were exposed to noises outside. We were like that for a long time. But now, we already have beautiful classrooms," said Abdurakman Majindi, Grade 6 pupil of Shipyard Elementary School.

Thanks to the project, the students were not only inspired to perform well in school but also made a commitment to help maintain and sustain the project.

"I promise that we will do our best to take good care of the school building. The classroom is a place where we develop ourselves. We need to maintain it so that other incoming learners can also benefit from it. Our teachers wanted us to be comfortable, for our surroundings to be clean so we can be protected against diseases. So all of us are encouraged to keep our new classrooms clean," said Nouf Noriha Sarihon, president of the Supreme Pupil Government (SPG) of Maluso Central Elementary School.

"The new school buildings we received from the Australian Government through PBSP are among the best structures in Basilan. Because of this, we are now more confident in delivering education services to the community. We are also attracting students from neighboring barangays in Maluso," said Husin Abduhalim, principal of Maluso Central Elementary School.

"I am happy for my students. The new classrooms are comfortable with proper ceiling fans and lights. They also represent normalcy and safety for the students. Learning in a proper classroom brings hope, keeps them interested in school, and takes them away from the risk of being influenced by the conflict around them," Abduhalim added. (PR)