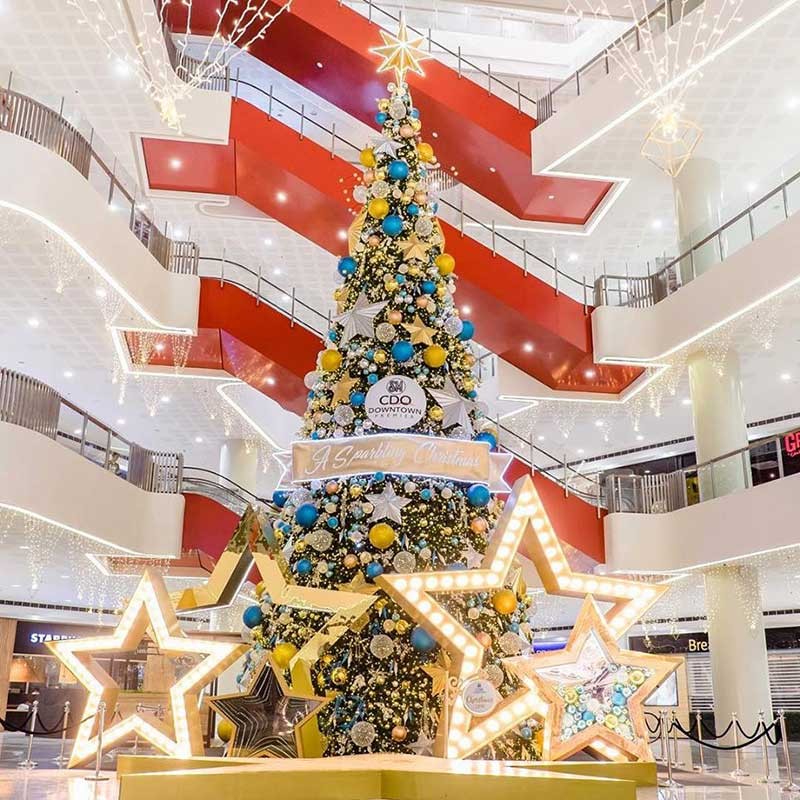 IT’S a custom to set up a Christmas tree at home and in the workplace, be it a five-foot tree or a giant tree such as those we often see in malls.

The tradition of putting up Christmas trees, which Christians believe symbolize the everlasting life, and decorating them with Christmas balls, bells and stars dated back to the 16th century in Germany.

One such tree could be found at the ground floor of SM CDO Downtown Premier.

The 55-foot Christmas tree, which was unveiled on Sunday, November 11, is adorned with several sparkling Christmas balls and stars that add to its shimmering appearance in line with the mall's theme for this year, "A Sparkling Downtown Christmas".

"We wanted really to sort of like this tree adds sparkle and brightness to the Christmas celebration here in Cagayan de Oro, that's why our campaign theme is: 'A Sparkling Downtown Christmas,'" said Russel Alaba, SM assistant vice president for marketing in Mindanao.

"Of course, Christmas is the brightest season of all, so we wanted to really capture that with our theme. And as you can see, the mall is brightly lit, as you would say, as we celebrate the season," he added.

The tree has also been tagged as the "Most Instagrammable Christmas Tree in Cagayan de Oro" by Alaba and several mall goers who attended the lighting ceremony on Sunday.

Apart from the tall shimmering tree, the centerpiece also includes the giant golden stars which, according to Alaba, is the mall's way of paying homage to the city of Cagayan de Oro, which is known as the City of Golden Friendship.

Regardless of how you decorate your Christmas tree or how big or small it is, the spirit of Christmas and the birth of Jesus Christ will remain in our hearts.