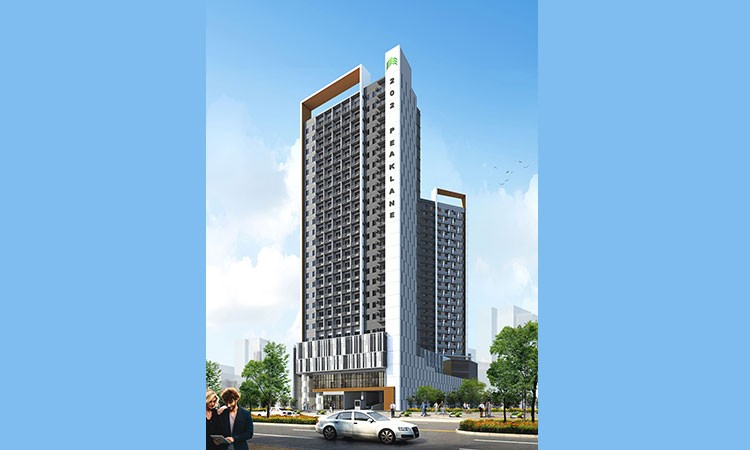 REALIZING the surge in demand for short-term and long-term accommodations in Davao City, Anchor Land finally breaks ground its first residential condominium in the city, 202 Peaklane.

The two-tower condominium will rise within one of the busiest and most progressive areas in the city, along C.M. Recto Street, a few meters from Ateneo de Davao University and Marco Polo Hotel.

The 28-story property will feature building technologies that will set higher standards for city lifestyle.

“With its innovative building features and future-ready spaces, 202 Peaklane will be on top of providing topnotch quality living in Davao. It will serve as the best alternative for hotel accommodation and the best option for vertical living in the city,” Anchor Land President Elizabeth Ventura said in a statement.

Ventura added that the growing employment in the city causes the high-demand on a dwelling place for students and even people from other towns coming to Davao, including migrants and foreigners.

To address this concern, 202 Peaklane will serve as one of the solutions or alternatives for long-term rentals and will also serve as the upgrade for families currently staying in apartments.

In an interview with Ventura during the groundbreaking she said, they plan to configure the units to be able to accommodate four beds at most, a toilet, and a bath. She added that they were also considering the time and motion needed by four people should they decide to live in one unit at the same time.

“We call the project a future business-ready property that already prepares you as an investor to liquidate your investment when it’s turned over to you,” she said.

Ventura said that this will boost Davao City’s position as one of the top meetings, incentives, conventions and exhibitions, and tourist destinations in the country.

This first residential development project by Anchor Land in the city is expected to set higher standards of urban living for Dabawenyos and people from neighboring cities.