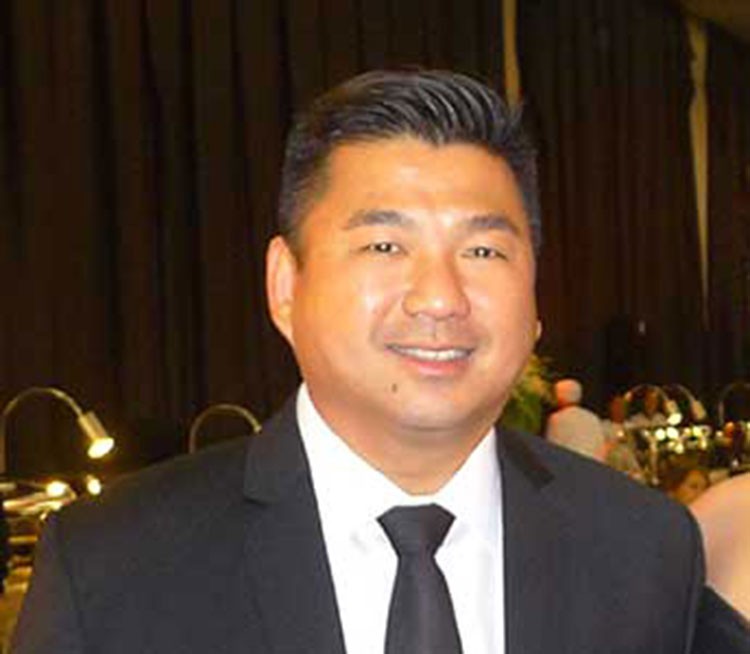 SCROLLING down: Dennis Uy, the businessman people have been talking about because of his phenomenal rise in business and industry, stoking the rumor about his ties with President Duterte...Barug-PDP Laban might be napping while Mayor Osmeña seems to collecting votes by the bundle, pitching to groups of voters with shared interest...

First, what people talk about

* Dennis Uy, owner of the Davao City-based Udenna Corp. which partnered with China Telecom to form Mislatel Consortium, the provisional third telecom player in the country. It will compete with Globe Telecom and PLDT Smart Communications in the telecom industry. Uy is into petroleum products under the brand Phoenix, chain of retail stores, chain of restaurants and transportation business.

The question asked, how to explain the fast rise in business and property holdings? That it coincides with the presidency of Duterte, for whose 2016 campaign he reportedly contributed big money, adds fuel to the speculations.

* How much in filing fee did the complainants in the lawsuit over the Naga landslide pay? Did they sue as pauper litigants? News stories have omitted that interesting and important piece of information.

Have you noticed that Cebu City Mayor Tomas Osmeña, BOPK leader, is making a pitch for the support of groups, mostly large assemblies, in his campaign for the 2019 elections?

City Hall watchers and observers of the political scene usually keep an eye on the "pulong-pulong" circuit to monitor developments. Jason Monteclar and Frank Malilong Jr., both of dyCM radio but hosting separate talk shows, noticed something different: Tomas's preoccupation on issues and get-the-vote thrusts that lure a large number of voters.

Look at the beneficiaries of the mayor's recent moves, from months ago until the current step-up in campaign activities in both camps. His projects and moves were directed at youths requiring a place to "study" (which morphed the city library into a recreation center instead of a reading/study center); seniors who need regular prescription medicines, with couriers from the mayor's office delivering the meds everyday (to remind them daily that the benefactor is Tomas); the "angkas" drivers, who have been formed into a group that help the city but, more significantly, promote the ruling party's partisan interest; the 93-1 residents and the PC Hills lot occupants who in separate initiatives were assured they wouldn't be evicted from the lots they have lived on; the call-center employees who feared for their safety, in traveling to and from place of work during unholy hours, and to whom special bus trips were useful. And so forth and so on.

These activities go for the large number of voters, the group vote, the votes in bulk. And Tomas seems to dominate that kind of campaigning.

Torni Frank once commented on "Frankahay Ta" that Barug-PDP Laban needs to "counter" the mayor's moves if they expect to give a good fight in 2019. Tomas might no longer need his "special black ops" on election eve to pull a surprise.

Opposition reaction is that the mayor's moves are "politically motivated." Of course, they are. Almost everything Mayor Tomas has been doing since after the May 2016 elections (starting as early as when his wife Councilor Margot was acting mayor) must have been aimed to (1) weaken, if not crush, the opposition camp and (b) to consolidate BOPK strength and gain more voters support.

All that's required for his acts is that they are legal. If they reap votes for him and his allies, the benefits are "incidental" even if actually that is the main reason for doing what he does. His is a political office, he is the incumbent (which gives him a decided edge), and the elections are six months or so away.