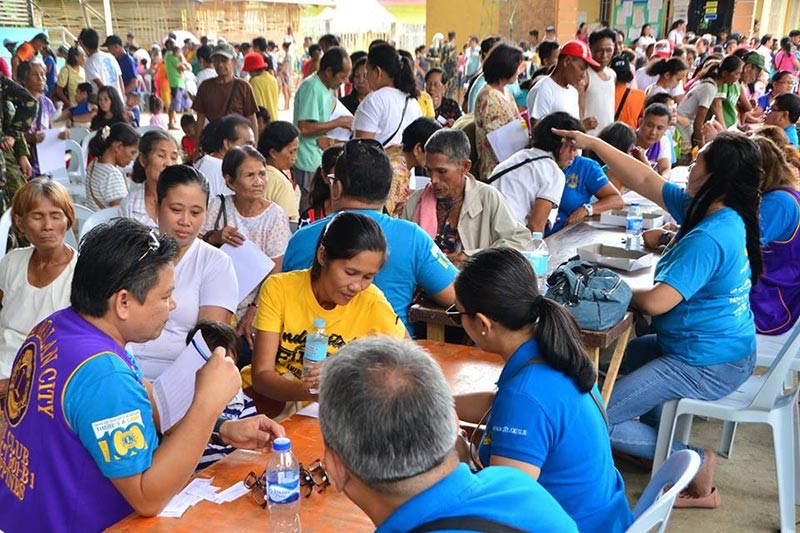 BACOLOD. Some of the residents avail the consultation services conducted by the different participating government agencies during the Multi-Service Peace Caravan held at Barangay Caradio-an, Himamaylan City on November 13. (Richard Malihan)

MORE than 400 residents of Barangays Buenavista, Mahalang, Carabalan, and Caradio-an in Himamaylan City availed of the basic services brought by the Provincial Peace Integration and Development Unit (Pro-Pidu) of Negros Occidental during the multi-service peace caravan held in the city on November 13.

The activity is a collaborative project of the Provincial Government and the different national government agencies and non-government organizations, together with the Philippine Army through the 62nd Infantry Brigade, and the Negros Occidental Police Provincial Office.

It also involved the local government unit of Himamaylan City and various department and offices of the Provincial Government.

The residents and beneficiaries availed of free medical and dental services spearheaded by the Provincial Health Office, while the Provincial Veterinary Office had deworming and vaccination activities for the animals.

Food packs and relief goods were also given to the beneficiaries. There were also forums and dialogues with local residents for those who have inquiries on the services of the participating government agencies.

The Office of the Provincial Agriculturist, together with the Department of Agriculture and Department of Environment and Natural Resources gave lectures on seedling production, they have also distributed a number of seedlings and conducted other consultations.

The local officials of Himamaylan City led by Vice Mayor Carminia Bascon and Provincial Board members were also present during the activity.(PR)