MisOr board to elevate garbage probe to Congress 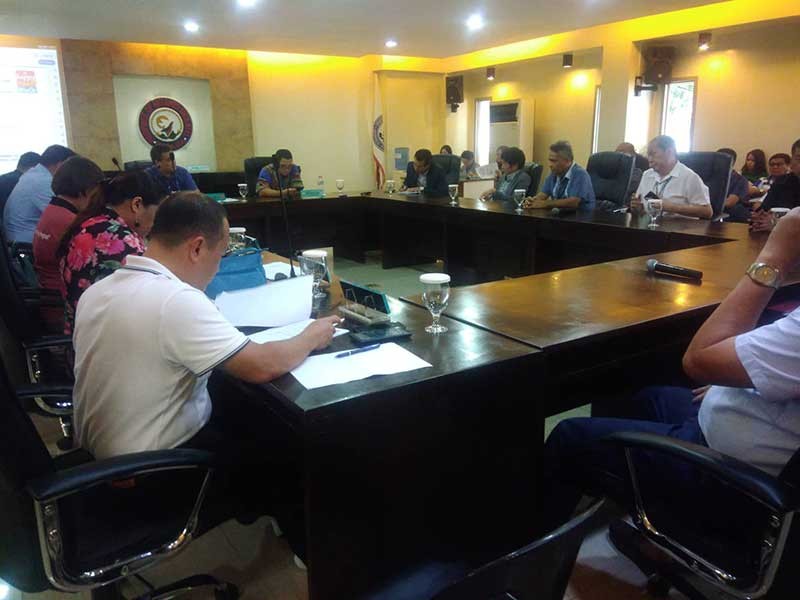 Misamis Oriental provincial board holds the third hearing on the garbage shipment from South Korea to Tagoloan, town on Thursday, November 15, 2018. The consignee Verde Soko Philippines Industrial Corp., customs and environment officials have shed light to the issue. (Contributed photo)

THE Provincial Board of Misamis Oriental is set to endorse to the House of Representatives the result of the inquiry launched by the capitol's legislative body over the tons of garbage shipment from South Korea to Tagoloan, Misamis Oriental.

Board member Gerardo Sabal, who chaired the hearing on Thursday, November 15, said the Sangguniang Panlalawigan will make a resolution recommending to the lower house a possible further investigation and actions, especially that the national government has the jurisdiction over the Phividec Industrial Estate where the facility of the consignee Verde Soko Philippines Industrial Corp. was located.

"We will make a resolution endorsing the results of the inquiry to the congress," Sabal said.

Sabal has raised the possibility that there might be irregularities on the shipment and why and how it was transferred from the Villanueva town port to the firm's facility in Sitio Buguac, Sta. Cruz, Tagoloan.

Sabal said the Bureau of Customs-Northern Mindanao (BOC-10) has confirmed that the two shipment containing 6,500 tons of waste materials were misdeclared and does not have an import clearance.

The shipment which was declared as "plastic synthetic flakes" were found to be bundles of garbage and trash like wood, dextrose tubes, used diapers, batteries, metals, among others.

Local legislators and officials of the province were alarmed that the said waste materials may be toxic and hazardous.

Sabal also said with the several violations the firm has committed, it may likely face closure of its facility.

The shipment is now under the custody of the BOC-Northern Mindanao after a warrant of seizure and detention was issued last Tuesday.

Customs officials said the shipload of garbage will have to be shipped back to South Korea.

The firm's president Neil Alburo said they would wait for the final findings of the Department of Environment and Natural Resources (DENR) and would heed and comply with the findings and recommendations of government agencies.

Alburo said the firm is also willing to have the waste materials shipped back to its origin if told to do so.

"We comply, we follow with all due respect and whatever findings from the DENR we will gladly act accordingly," Alburo said.