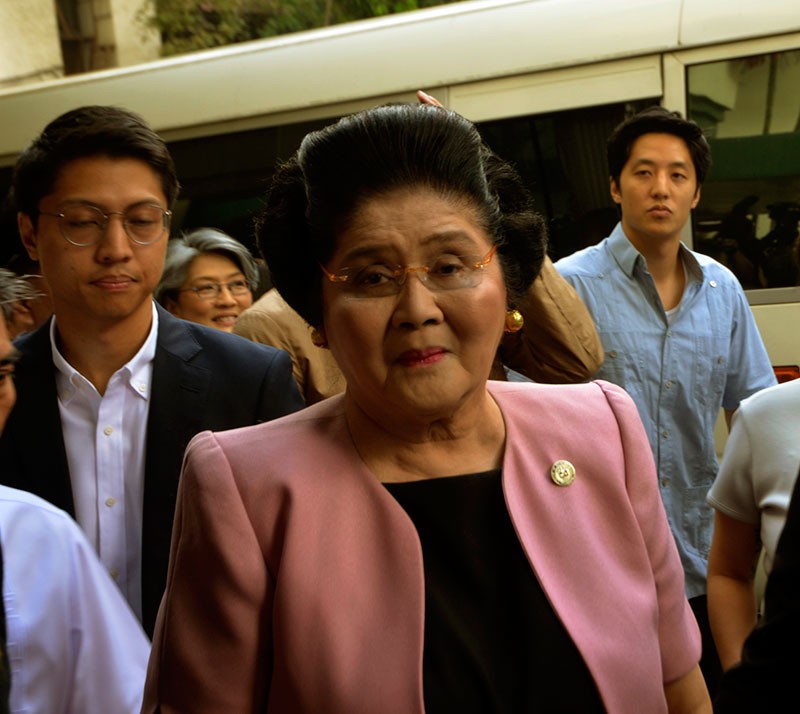 MANILA. Former first lady Imelda Marcos on her way to the Sandiganbayan to post bail on November 16, 2018 while the court decides whether it should grant a post-conviction bail. (Photo by Al Padilla) 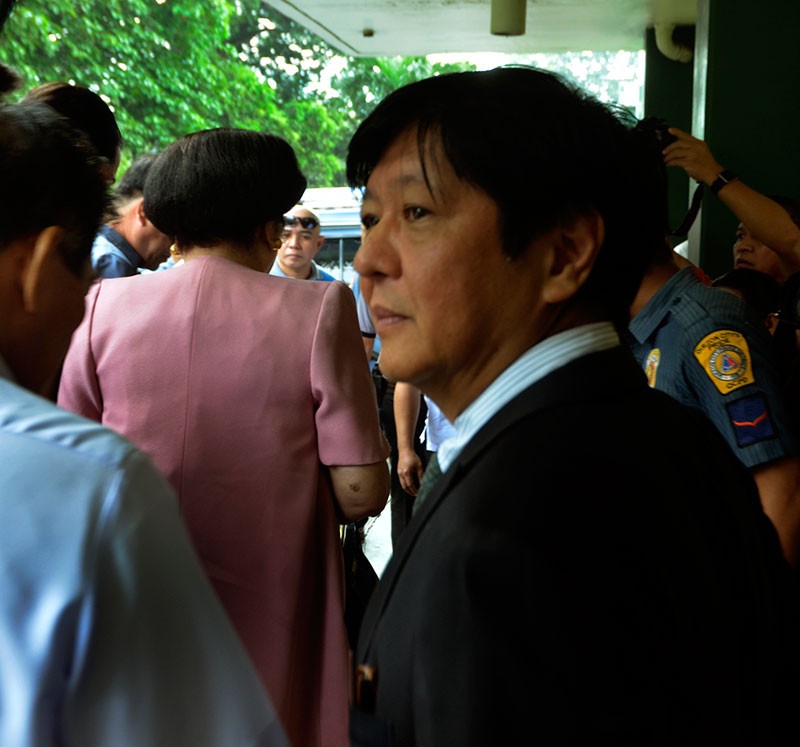 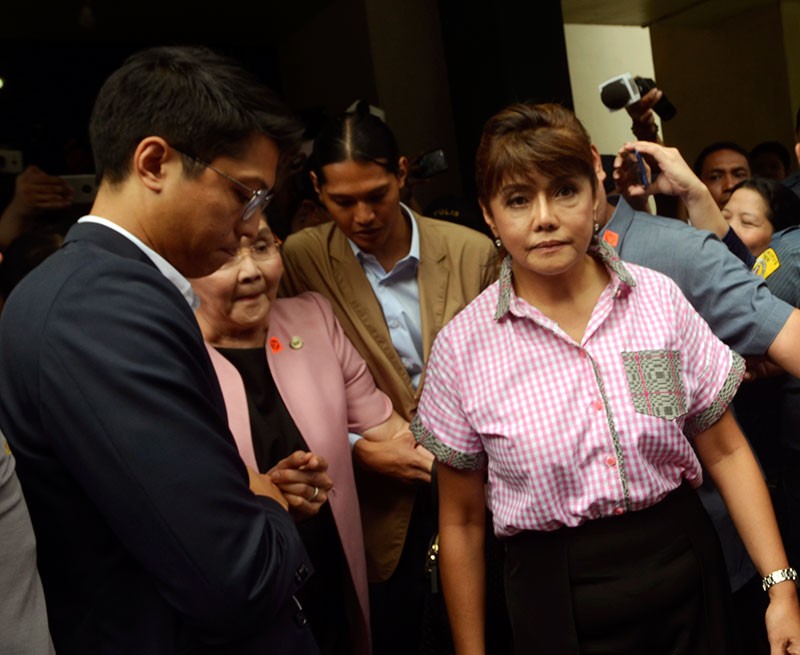 FORMER first lady Imelda Marcos on Friday, November 16, posted a P150,000 (roughly $7,400) bail for provisional liberty while the court decides whether or not it will grant a post-conviction bail.

Marcos, 89, was convicted on November 9 of seven counts of graft for illegally funneling about $200 million to Swiss foundations in the 1970s when she served as Metropolitan Manila governor while her husband, late dictator Ferdinand Marcos, placed the Philippines under martial law.

She was ordered to serve 6 to 11 years in prison for each of the seven counts of violating an anti-corruption law.

The court accepted the bond while it decides on her motion to remain free while she appeals the conviction.

Marcos appeared before the anti-graft Sandiganbayan court in Manila, accompanied by her children and grandsons. She said she failed to attend the reading of her verdict because she wasn't aware of it and also mentioned her frail health.

The presiding judge, Rafael Lagos, noted she was able to attend a birthday party of her daughter. Marcos responded by saying that she received a call from daughter Imee who was "crying... (that) all the guests are already there." Anti-Marcos activists and human rights victims have welcomed the conviction as long overdue, although there are doubts she'll be forced to serve prison time given her age and social status.

The court disqualified Marcos from holding public office, but she can remain a member of the powerful House of Representatives while appealing the decision. Her congressional term will end next year but she has registered to run to replace her daughter as governor of northern Ilocos Norte province.

The cases against her were filed in 1991 and took nearly three decades of trial by several judges and prosecutors. She was once convicted of a graft case in 1993, but the Supreme Court later cleared her of any wrongdoing.

Ferdinand Marcos was ousted by an army-backed "people power" revolt in 1986. He died in self-exile in Hawaii in 1989 but his widow and children returned to the Philippines.

Most have been elected to public offices in an impressive political comeback.

Opposition lawmakers were quick to slam the Sandiganbayan for allowing Marcos to post bail.

Anakpawis Rep. Ariel Casilao said the decision of the anti-graft court is "double standard" and "very disappointing." "Very double standard! Very shameful of the high magistrates of the Sandiganbayan bowing down to the high and mighty Marcoses for the whole world to see. Very disappointing! As if the delay of more than two decades in deciding the case was not enough injustice," he said.

Akbayan Rep. Tom Villarin said this is not a matter to be taken lightly.

"It is history judging her and this is no ordinary case that we just let pass without a whimper," said Villarin.

Kabataan Rep. Sarah Elago said the decision of the Sandiganbayan is an insult to the victims of martial law.

(This is an insult to the martial law victims, their families and the entire Filipino nation. The nation has yet to attain justice.) Albay Rep. Edcel Lagman, for his part, said the decision of the Sandiganbayan will not liberate Marcos as a prisoner of her own conscience.

"The massive human rights atrocities and pillage during Marcos’ martial law will perpetually haunt the Marcoses and condemn them to the prison of history," Lagman added. (AP with Keith A. Calayag/SunStar Philippines)