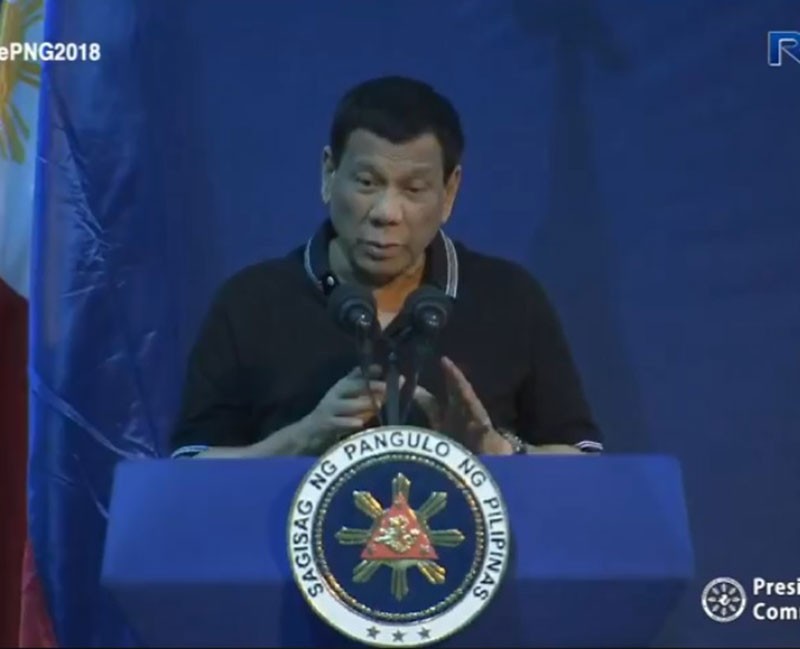 PRESIDENT Rodrigo Duterte on Friday, November 16, warned Filipinos against the Magdalo group, a bunch of former dissident soldiers who staged uprisings against the Gloria Macapagal-Arroyo administration.

In a speech delivered before the Filipino community in Papua New Guinea, Duterte likened the Magdalo to the Jihadist terror group Islamic State of Iraq and Syria (Isis), which is also known as IS.

"Be careful with Magdalo," Duterte said.

(This Magalo party is the the rebel soldiers who made a mess in Makati and in the Peninsula. And they destroyed everything. These fools are like Isis. They do nothing but kill, challenge anyone, and act indecently.)

Duterte was referring to the 2003 Oakwood Mutiny and the 2007 Manila Peninsula Siege.

Duterte became critical of the Magdalo group because one of its members, opposition Senator Antonio Trillanes IV, has repeatedly accused the President and his family of accumulating ill-gotten wealth worth billions of pesos.

The rift between Duterte and Trillanes escalated after the Chief Executive on August 31 signed Proclamation 572, which revoked the amnesty granted to the former Navy officer.

Trillanes, one of the Magdalo members granted amnesty by Aquino, earlier branded Duterte's move as a "clear case of political persecution."

In his latest speech, Duterte claimed the amnesty granted to members of the Magdalo group has emboldened them to do unlawful acts.

"They were extended pardon by Aquino... Pumasok na sa isip yung (It went to their heads that), 'Well, I can do anything I want because I did the worst in my lifetime and yet I'm still there being a senator,'" he said.

"Be careful with those guys. Maniwala kayo, ako, wala na eh (Believe me, I have nothing to gain here). This is my last chapter. I cannot run again. I'm limited to six and half way through, and so ang akin (my intent) is just to take care of my country," he added. (SunStar Philippines)