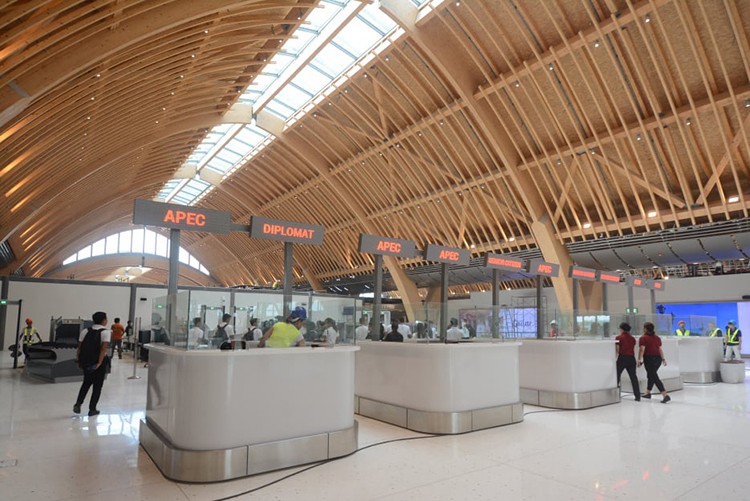 MEGAWIDE Construction Corp. posted a net income of P1.720 billion in the first nine months of the year compared to P1.715 billion in the same period last year.

“Megawide’s prospects remain promising with the continued strong growth of the airport business with the opening of the Mactan-Cebu International Airport (MCIA) Terminal 2. This is combined with our solid prospects in the construction business as we continue to expand the order book levels, ensuring revenue visibility for the next two to three years, at least,” said Edgar Saavedra, chairman and chief executive officer of Megawide Corp.

Airport operations posted a 26 percent growth in revenues to P2.18 billion, attributed largely to the 15 percent increase in passenger volume. International passengers continue to drive growth, outpacing the growth of domestic passengers, 24 percent to 11 percent, following the official opening of Terminal 2 on July 1, 2018.

Meanwhile, the construction business delivered P10.35 billion in revenues with projects in varying stages of completion.

In the first nine months of this year, MCIA accommodated 8.6 million passengers compared to 7.5 million in the same period last year, as a result of aggressive airline marketing efforts to increase domestic and international flights in and out of Cebu.

Domestic passengers continued to account for the bulk of the total at 66 percent while international passengers accounted for 34 percent.

Following the opening of Terminal 2, MCIA is seeing an increase in the frequency of flights from both domestic and international carriers.

Meanwhile, Cebu Pacific will increase flights to Hong Kong from daily to 10 times a week starting Nov. 26; and flights to Tokyo-Narita from four times as week to daily starting Dec. 1.

As a result of higher passenger volume, revenue from passenger service charge, likewise, rose by 25 percent.

Non-aero or commercial revenues, on the other hand, increased by 30 percent while aero-related revenues jumped 24 percent. PR