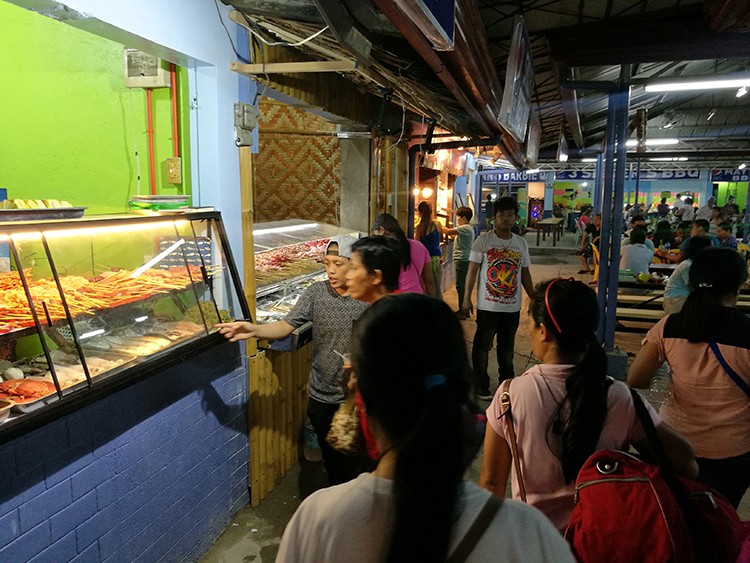 FOLLOWING its successful rehabilitation early this year, Larsian Food Street is expected to provide a better dining experience to new and old diners.

Though he admitted that the soft opening last weekend was marred with controversy, Larsian Food Street administrator Joey Herrera assured customers that new policies were instituted to prevent customers from being abused by erring food handlers.

During a weekly forum organized by the Cebu Provincial Government on Friday, Nov. 16, Herrera told reporters that the P1.8 million rehabilitation of Larsian did not only focus on improving the structure and its amenities, but also in improving the services of those doing business there.

Food handlers are also required to wear the proper gear, such as hairnets and mouth guards, among others, to prevent food contamination.

Unlike in the past, food handlers at Larsian are no longer allowed to wear slippers, shorts and sleeveless shirts when serving their guests, Herrera said.

Food stalls will also undergo periodic inspections from the Cebu City Health Office to determine if the services are sanitary, Herrera said.

Servers are also no longer allowed to approach customers to encourage them to eat in their stall.

Stall owners are also required to provide a menu of their products to prevent incidents of overcharging.

This, after a netizen complained on social media that she was overcharged by two food handlers at Larsian Food Street over the weekend.

The two food handlers have since been banned from entering the food strip, said Herrera.

Workers who are caught committing violations against customers could be fined P200 to P300 or could be banned from entering Larsian Food Street indefinitely.

But aside from workers, even stall owners whose employees commit violations are subjected to sanctions as well.

Store owners could face fines of at least P1,000 or face revocation of their contracts if their workers are caught committing serious violations against customers such as overcharging or not wearing the proper gear when serving.