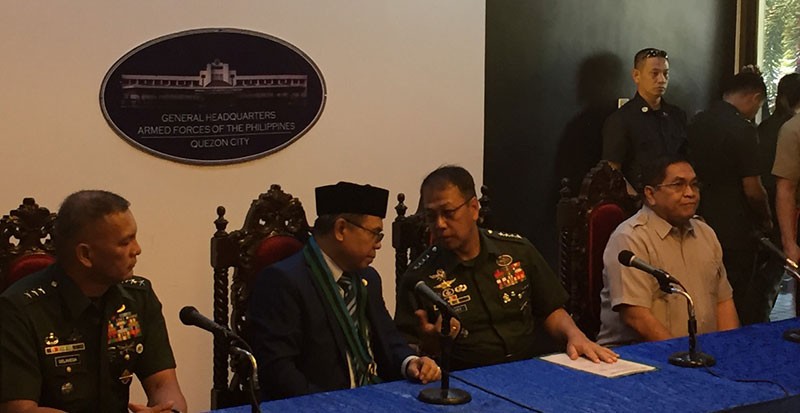 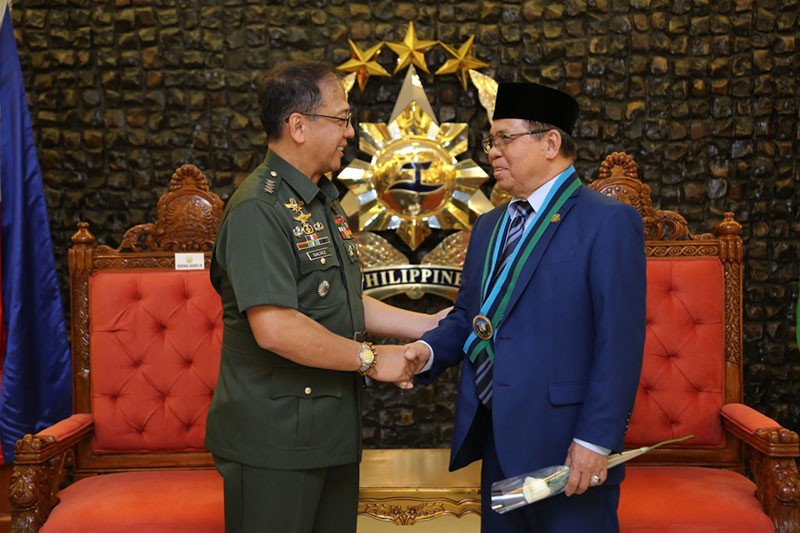 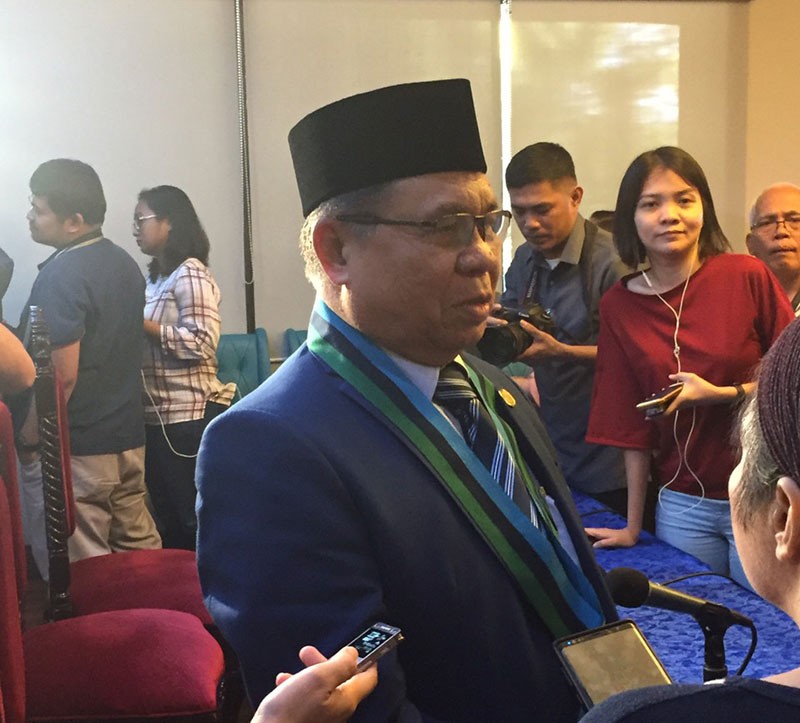 Murad was welcomed by a military band and AFP officials, including AFP Chief of Staff Carlito Galvez Jr., who handed him a white rose.

“The carrying of the flower instead of arms depicts the cessation of hostilities between former bitter adversaries who now have become partners for peace and development for the people of Mindanao and ultimately the rest of the nation,” he said.