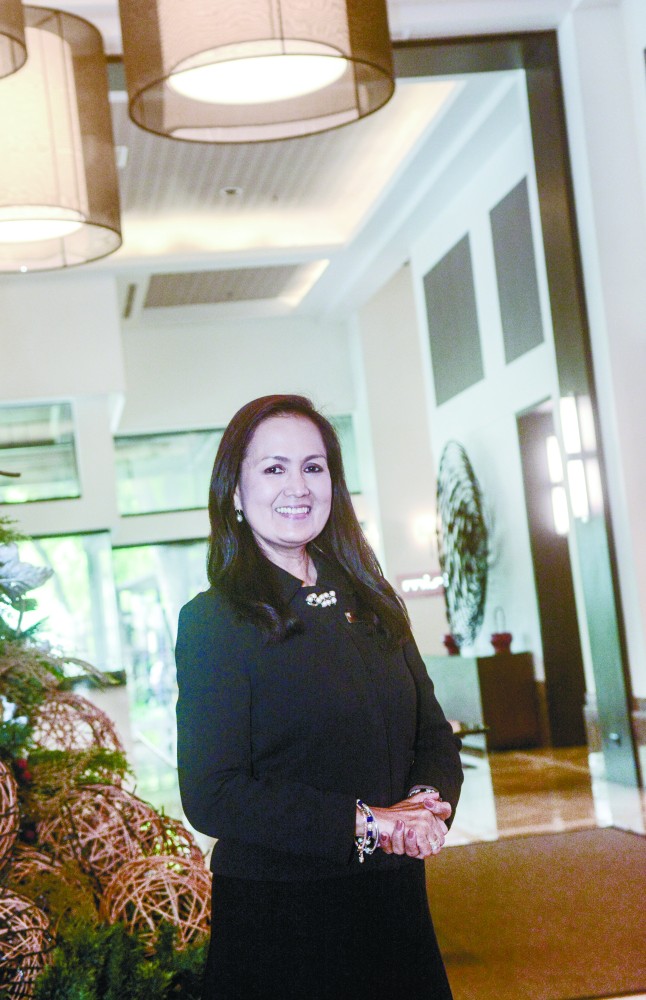 BUSY WITH BOOKINGS. Seda Ayala Center Cebu general manager Gwendolyn dela Cruz says most of the hotel’s guests are business travelers who check in in the middle of the week and stay on until the weekend. SUNSTAR FOTO / AMPER CAMPAÑA

But since last month, the new hotel, which replaced the 20-year-old Cebu City Marriott Hotel, booked 80 percent to 90 percent in occupancy.

“Most of the guests are business travelers. We see occupancy picking up in the middle of the week until weekends,” said dela Cruz.

“We are also seeing guests staying at our hotel during long weekends,” she added.

Seda Ayala Center Cebu currently has 200 hotel rooms available. Before the end of this month, it will open the remaining 101 rooms.

Besides filling the rooms, dela Cruz said the hotel is also cashing in on the booming meetings, incentives, convention and exhibitions (Mice) market, which she sees as a boost to the hotel’s brand as a business hotel.

She said the booming business activities in Cebu are helping them attract clients for small meetings and big-ticket conferences.

Inquiries for Mice came as early as July, even before the hotel’s soft opening, said Frances Alfafara, director of sales and marketing.

“We are fully booked now. We are kicking 100 percent in bookings (for function rooms) compared to rooms,” said Alfafara, adding that there are already booked events until March.

For December, Alfafara said the hotel is booked on all weekends.

Earlier, the Hotel, Resort and Restaurant Association of Cebu (Hrrac) confirmed that seasonality in Cebu’s tourist accommodations is a thing of the past.

“There is no more seasonality now,” said Suarez, noting that from the usual two nights’ stay in Cebu, guests now extend their stay to at least three to four nights.

She said Cebu played an important role in boosting foreign arrivals in the country, even at the height of the six-month closure of Boracay Island.

A total of 4.95 million international tourists entered the country from January to September, up 8.32 percent, data from the Department of Tourism showed.