Palace assures no arrest of NDF leader upon return to PH 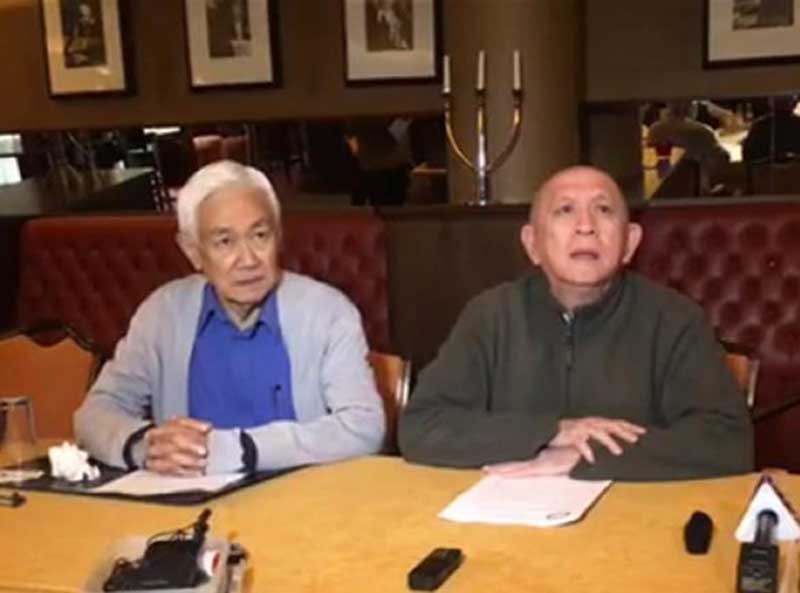 MALACAÑANG on Tuesday, November 20, guaranteed that National Democratic Front (NDF) leader Luis Jalandoni will not be apprehended when he returns to the Philippines for the informal dialogue with the Duterte government.

In a statement, Presidential Spokesperson Salvador Panelo allayed Jalandoni's concerns, saying that it was "misplaced" to assume that the NDF leader will get arrested once he arrives in the country.

"The apprehension of the National Democratic Front leader Luis Jalandoni, that he would be arrested once he sets foot in Philippine soil is misplaced," the Palace official said.

"Mr. Jalandoni's intention in returning to the country is to promote the peace talks between their movement and the Philippine government," he added.

President Rodrigo Duterte earlier ordered Presidential Adviser on the Peace Process Jesus Dureza and Panelo to prepare for an "informal meeting" with the NDF consultants this week, in an effort to discuss the possible resumption of peace negotiations between the government and the communists.

Peace talks between the government peace panel and the NDF, the political arm of the communist group, were terminated by Duterte in November 2017, following the series of attacks of the New People's Army against the state forces.

The NDF team initially eyed to return to the country this month but dropped the plan because of threats to arrest them.

Panelo said the Palace was aware about Jalandoni's worry over Año's statement.

He, however, noted that Año’s pronouncement "was made when the peace talks was cancelled by the President due to the violations of the ceasefire agreement by the communist rebels."

"Given that the President has opened a venue for informal talks with the NDF leaders to explore the possibility of resuming the peace talks, it goes without saying that no arrest shall be made during the days of informal talks," he said.

"He (Jalandoni) is assured therefore that no arrest will be effected upon his person. To think otherwise is contrary to logic for certainly, a successful amicable discussion between the parties can not be expected when one party's liberty is - or threatened to be - compromised," he added. (SunStar Philippines)