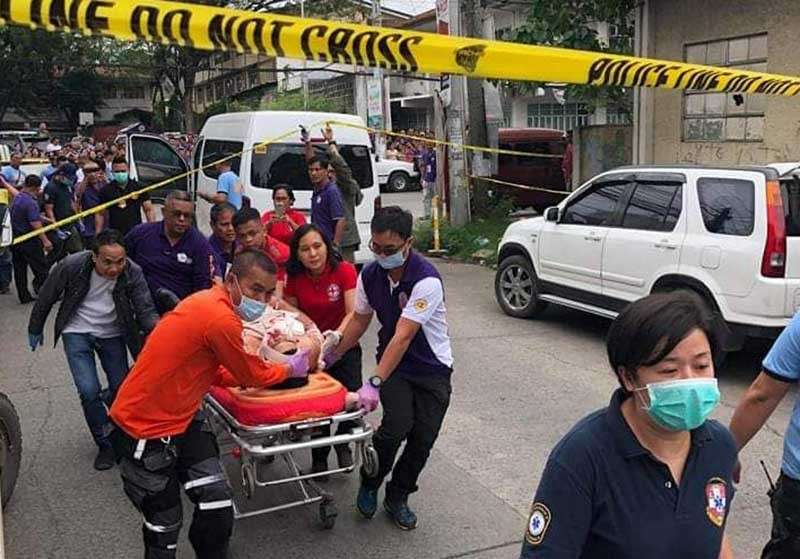 Superintendent Michael John Deloso, deputy chief of the Regional Police Strategy Management Unit (RPMSU), sustained multiple gunshot wounds on the different parts of his body and was rushed to the Northern Mindanao Medical Center (NMMC), just meters away from the crime scene.

He was reportedly in stable condition as of press time, according to city police spokesperson Superintendent Mardy Hortillosa II.

Initial investigation showed that Deloso was driving his Nissan van when open-fired by the suspects who wore bonnets and masks and were believed to have used suppressors as there were no loud noise heard.

Investigators recovered more than 20 fired cartridges of caliber 45 and 9mm pistols as the windshield of the victim's van were riddled with bullets.

Authorities are collating footages of security cameras from nearby establishments while still determining the motive of the shooting.

Superintendent Surki Serenas, spokesperson of the Police Regional Office-Northern Mindanao, said an in-depth investigation was ordered and a hot pursuit operation was launched to swiftly solve the case.

"We are still waiting for the result of the investigation. It is too early to conclude as pursuit operation and follow-up investigation is ongoing," he said.

Deloso was reinstated last May after the Office of the Ombudsman reportedly reversed its decision dismissing him from service in connection with the extortion case involving a group of Jeepney drivers in the city last 2014.