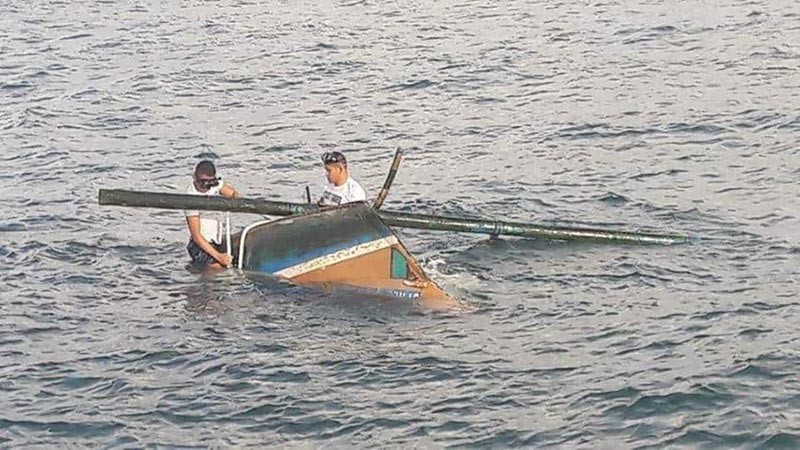 THE Philippine Coast Guard (PCG)-Negros Occidental rescued a fisherman after his motorized boat capsized at the water boundary of Iloilo and Bacolod when it was hit by a roll-on roll-off (Roro) vessel Monday, November 19.

Librilla said Pinonggan went fishing on Sunday, November 18. While he was at the middle of the sea, a RoRo vessel reportedly hit the outrigger of his boat which caused it to capsize.

PCG received a call for assistance from LCT ISIDORE 2 Navistar RoRo vessel after its personnel sighted Pinonggan on a boat which was half submerged on the waters. They immediately responded to conduct maritime search and rescue operations.

The fisherman has returned safely and was given treatment. He was not hurt.

His boat was towed to Bacolod Real Estate Development Corp. (Bredco) port in the city.