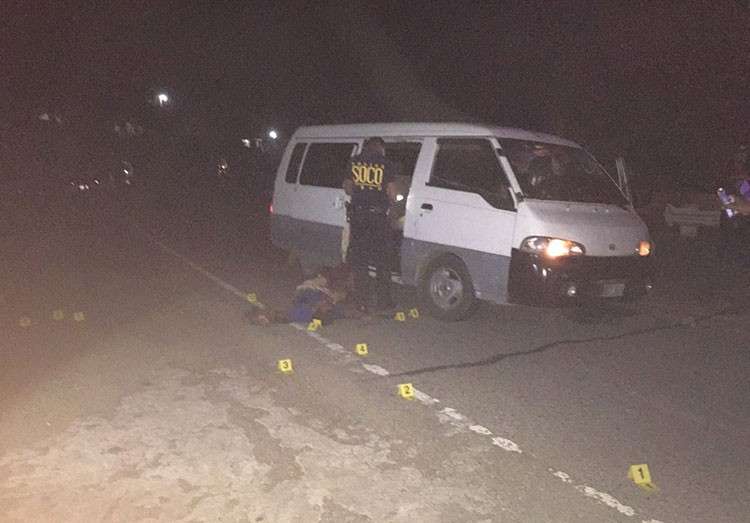 SIX suspected members of a robbery hold-up group were killed following an encounter with police forces in Cagayan on Tuesday evening, November 20.

The Cagayan Police Provincial Office reported that Gener Dunag, the leader of the robbery group, was killed along with five other robbers in a shootout along the national highway in Barangay Bangag, Lal-lo, Cagayan around 10:35 p.m. Tuesday.

The shootout happened after the suspects robbed traders passing by the national road in Barangay Bicud. The incident was reported to barangay officials and police by a passerby.

The police went to the area and spotted the group onboard a vehicle along the Maharlika Highway and moving toward Magapit in Lal-lo town. The police then promoted their counterparts, who established a checkpoint in Barangay Bangag.

The police said that instead of submitting themselves for inspection at the checkpoint, the robbers fired shots at the cops, resulting in the shootout.

One of the suspects who managed to maneuver and escape was eventually arrested at the Magapit Bridge by pursuing operatives.

Police said initial information revealed that the group was involved in a series of robberies in Cagayan.

The victims said the group obtained at least P296,000 cash, jewelries and cellphones from them. One of the victims was also shot by the suspects in the right leg. (SunStar Philippines)