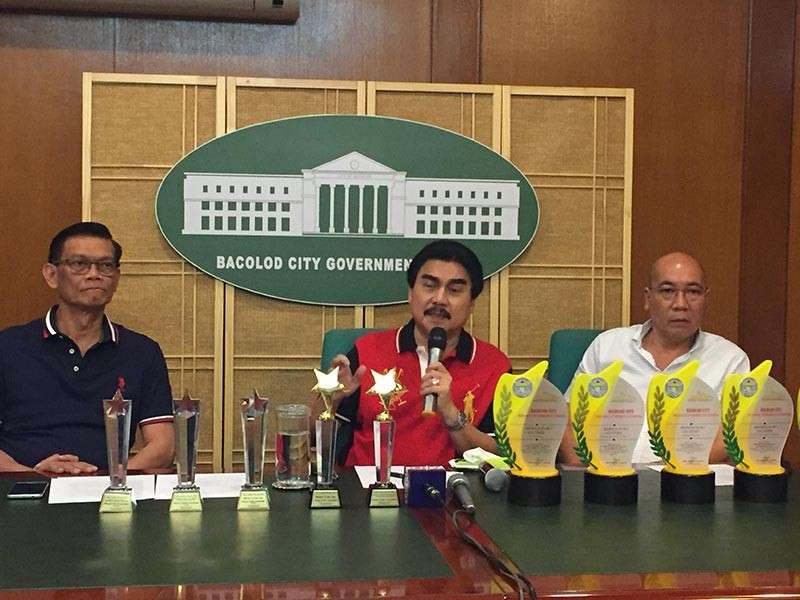 “WE feel this is such a big source of inspiration, encouragement and more than that, this gives us, at the same time, some kind of moral pressure that we have to live up with the expectation of our people.”

This was the message of Bacolod City Mayor Evelio Leonardia Tuesday, November 20, after he received the Lifetime Excellence for City Governance award and Mentor of the Year award while the City Government was a finalist for Tourism Company of the Year award at the 2018 Asia Leaders Awards (ALA) gala night and awarding ceremony at the Makati Shangri-la Hotel recently.

“For us, these awards would mean that this will give us the motivation and even a deeper commitment that we had to continue our efforts to make Bacolod City a better place to live in,” Leonardia said.

He said he is thankful to Vice Mayor El Cid Familiaran, the members of the City Council and the employees for having a very much contributory on these awards including Congressman Greg Gasatya.

“If our city officials are working together we can do more development for the city,” he added.

The ALA, a culmination of Asia Leaders Forum, recognizes and acknowledges leading men and women in various industries who have exhibited exemplary leadership and contributed in promoting the country as a premier business hub in Asia.

“We are thankful to the organizers. This is not personal at all.

Any awards we get are all due to the people of Bacolod because they are the major reason why all these positive things are happening to us,” Leonardia said.

For his part, Familiaran said these awards is a manifestation that the administration of Leonardia is doing good and better.

“This will encourage us to do better,” he added.

On some problems in Bacolod that need to be addressed, Familiaran said they are also doing their best to address the said concerns. “We have existing problems and we are giving attention on that.”

With these awards, the city government expects more tourist arrivals and investors to come in for the benefit of the people of Bacolod.