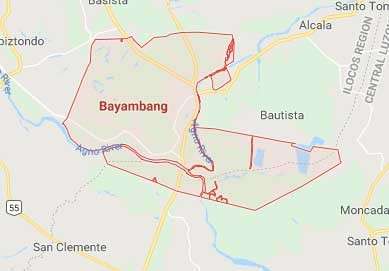 BAYAMBANG, Pangasinan -- Mayor Cesar Quiambao is offering a P2 million reward for whoever could identify the gunman or mastermind behind the murder on Friday, November 16, of former councilor Levin Uy.

The town police have been given by higher headquarters one week to solve the killing of Uy, who was shot to death by still unidentified assailants while he was jogging around his neighborhood.

Bayambang Police Chief Superintendent Fidel Junio assured in an interview on Sunday, November 18, that all possible angles will be thoroughly investigated.

“It is either I will make it or break it,” he said.

Junio said the police will take a close look at the closed-circuit television camera at the crime area, which had captured the incident.

He added, witnesses statements will also be gathered and put into writing through affidavits.

Uy, a resident of Barangay Zone 1, was shot several times at close range by still unidentified assailants while he was jogging at a nearby barangay and sustained several gunshot wounds in different parts of his body, leading to his death.

He was rushed to the Bayambang District Hospital but did not make it alive.

His companion, Cesar Salosagcol, also sustained gunshot wounds and is being treated at the hospital.

The mayor has condemned the killing of Uy, whom he described as his trusted man and political strategist.

Uy has been with Quiambao for the past 18 years.

The late councilor was the chairman of the Kasama Ka sa Barangay Foundation. (PNA)