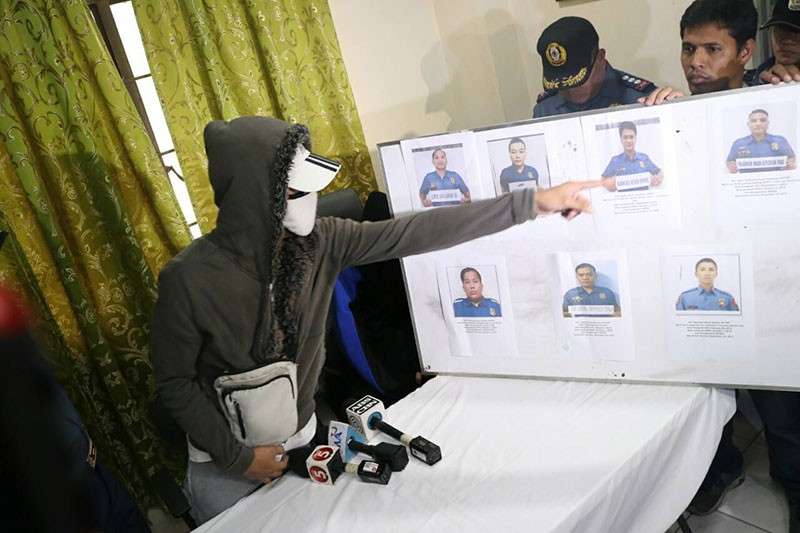 Balonglong will be replaced by Senior Superintendent Simnar Gran, chief of Regional Investigation and Detective Management Division of the NCRPO.

Eleazar’s relief order came after the arrest of a 13-year-old boy during an entrapment operation on Wednesday evening, November 21, in Parañaque City.

The boy allegedly collects, in behalf of some police officers, extortion money from the families of drug suspects.

In the latest case, the officers allegedly demanded P200,000 in exchange for the release of a drug suspect.

The four erring officers managed to escape during the entrapment operation while the boy was turned over to the Department of Social Welfare and Development (DSWD).

Eleazar has ordered a manhunt operation against the erring policemen.

Eleazar said that aside from the four policemen, they were also investigating the involvement of two more officers identified as PO2 Jason Arellano and PO1 Erickson Rivera who were both formerly assigned at the Las Pinas SDEU.

"These four cops (Lupig, Guanlao, Fulgencio and De Leon) did not appear when they were summoned by the Southern Police District. Meaning, they are guilty. The others (Tigbao, Arellano and Rivera), they reported to SPD for accounting and they were already transferred there for further investigation," he said. (SunStar Philippines)