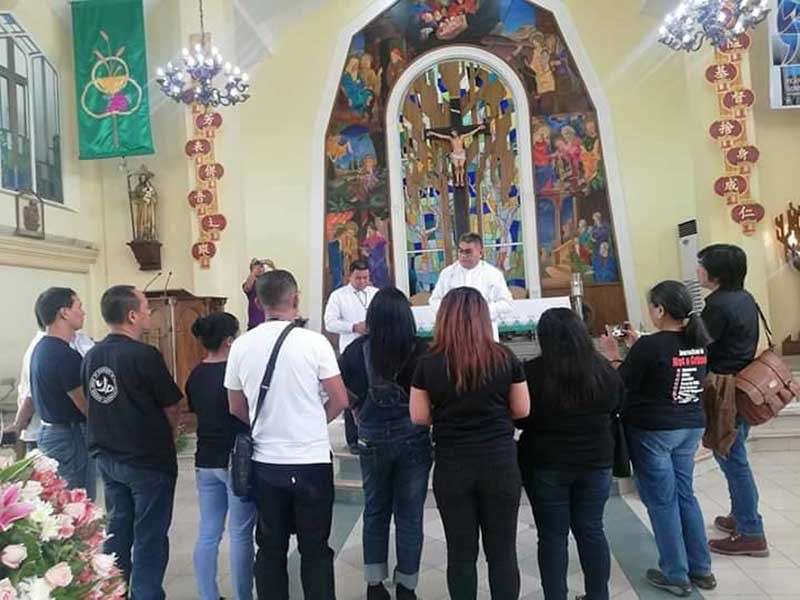 ZAMBOANGA. Over a dozen media workers in Zamboanga City join on Friday, November 23, the commemoration of the ninth anniversary of the Maguindanao massacre. (Contributed photo)

OVER a dozen members of the local media community offered a Mass on Friday, November 23, to commemorate the ninth anniversary of the Maguindanao massacre.

“We the journalists in Zamboanga (City) are also one in remembering the deaths of our fallen colleagues in Ampatuan to include the 12 more media killing since July this year,” said Melanie Guanzon, chairperson of the National Union of Journalists of the Philippines (NUJP)-Zamboanga, Basilan, Sulu, and Tawi-Tawi (Zambasulta) chapter.

“Search the truth and speak for the truth,” Pimentel told the local media gathered at the Saint Joseph Church.

Fifty-eight persons, including 32 media workers, were shot dead and buried in a mass grave on November 23, 2009 in the village of Masalay, Ampatuan, Maguindanao.

The media workers were in a convoy with the wife of then Vice Mayor Esmael Mangudadatu of Buluan, Maguindanao. They were on their way to Shariff Aguak, where Mangudadatu was to file his certificate of candidacy for governor.