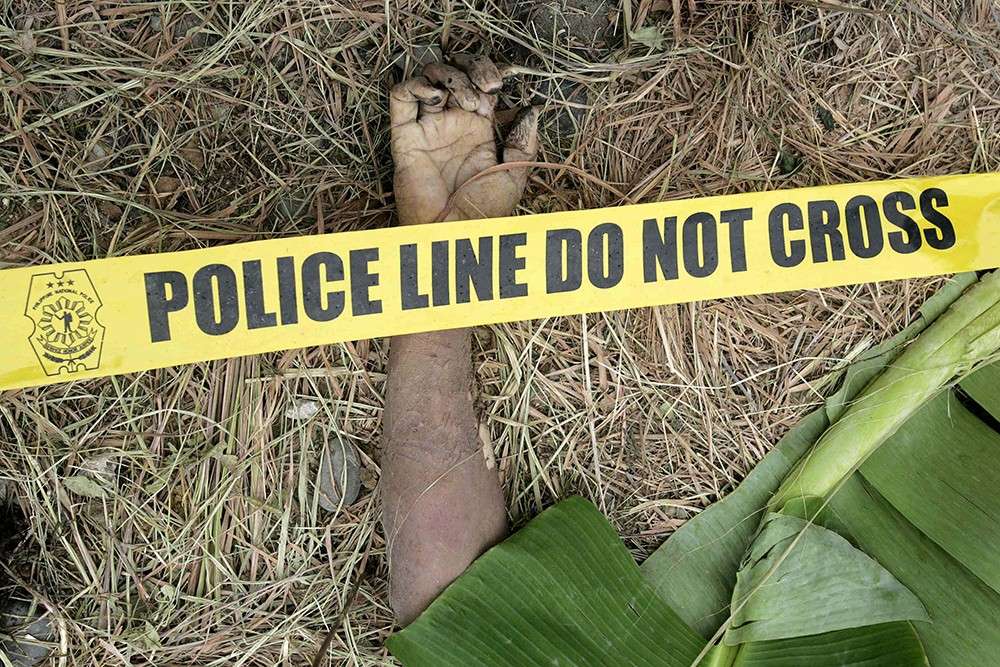 HUMAN-CENTERED. Emphasizing human agency is essential for enabling people as individuals and as a collective to resist and overcome violence, without being dependent on the state or the military for their protection and rescue. (SunStar file foto)

THE furor stirred over the government’s protest over the portrayal of rogue cops in the ABS-CBN television series, “Ang Probinsyano,” seems overwrought.

For many viewers, the fictional characters of Alejandro Ternate, the rogue chief of the Philippine National Police (PNP) and henchman of a moral bankrupt president, Lucas Cabrera, are not just make-believe but are perceived to be “not so far from reality.”

Boni, who drives a taxi daily and seeks a good night’s sleep before hitting the streets again, forces himself to stay awake to watch and finish every episode of “Ang Probinsyano”.

In Cebuano, Boni praises the show’s portrayal of reality (bad things happen to people) and the triumph of good, in the person of the hero cop Cardo Dalisay, over evil.

Boni is right about violence dominating life more than peace and security. Violence has been the new normal long before television series like “Ang Probinsyano” featured it as a trope that drew in audiences and advertisers.

On Nov. 24, at the time of the writing of this editorial, newspapers and other media covered the ninth year of commemorating the 2009 Maguindanao Massacre case, which has resulted in zero conviction.

On Nov. 23, 2009, 58 persons, including 32 journalists, were killed in the worst case of election-related violence. An estimated 300 persons were allegedly led by Andal “Datu Unsay” Ampatuan Jr. in murdering the victims and burying them in mass graves in the Maguindanao town.

Also prominent last Nov. 24 was the issuance of Memorandum Order 32, which orders the Armed Forces of the Philippines and the PNP to reinforce its forces to “suppress and prevent lawless violence” in the provinces of Samar, Negros Oriental and in the Bicol Region.

President Duterte “views with concern” the “acts of terror” in these places where the New People’s Army is active, but stopped short of declaring martial law.

The other sensational case involving violence was the murder of a Chinese national in a condominium in Makati City. Four Chinese nationals were arrested after closed-circuit television footage showed them dumping bags in a condo garbage bin.

Investigators found the remains of the victim inside the bags. The police are investigating a “love triangle” to reveal a “possible motive” for the murder.

Portraying violence in different forms—political violence, armed conflict, and sexual violence—these three stories may seem to many citizens as unrelated and irrelevant to their lives.

Exacerbating this disconnection is the absence of proximity: in the physical sense for citizens not residing in “lawless” territories or “NPA strongholds,” as well as in the personal or private sense, such as non-involvement in “crimes of passion.”

While bringing visible the forms of violence in their midst, the news media and other forms of media, like entertainment, also desensitize people, making them accept violence as a normal reality.

More alarming is many citizens’ acceptance of the state and the military’s “protection” and interventions to grant them the order and security from enemies and lawless elements that may threaten their persons, families, properties, and community.

Citizens need to shift from the dominant discourse on security as being defined, protected, and upheld only through state agency. As Aili Mari Tripp points out in her essay in the book “Gender, Violence, and Human Security,” the concept of “human security” shifts the focus away from state security to “human agency”.

Human agency can mean both the personal and the collective, an important distinction because instead of overwhelming people into a dependence on the state and the military, human security emphasizes that those viewed as vulnerable to conflict, such as women, plebeian men, the elderly, the disabled, and gendered minorities, can act as persons and as a collective to protect themselves, resist, and defend themselves from different forms of violence in their midst.