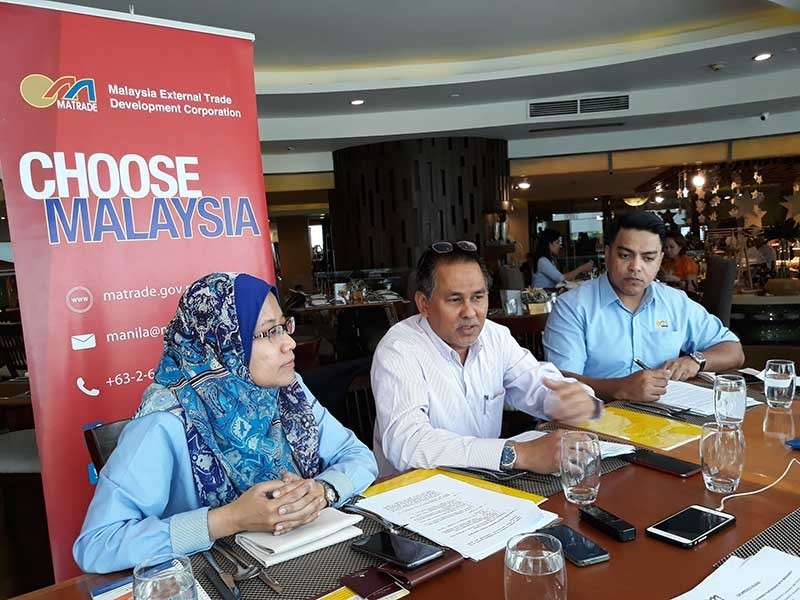 MALAYSIAN firms are looking into partnering with Mindanawon businessmen in a bid to explore markets outside of Malaysia.

"The Philippines has a big market for Malaysian products... Our market is limited and we have to look in Asean and beyond Asean to increase our trade," said Ahmad Nasaruddin Mohd Noor, Malaysia External Trade Development Corporation (Matrade) Deputy Director, in an interview with reporters earlier this month at the Marco Polo Hotel Davao that Philippines

Matrade trade commissioner Siti Azlina Mohd Ali Hanafiah said Philippines' population of over 100 million is a large market for Malaysian businesses as compared to the 30 million population of Malaysia.

"The size of the market is huge and we cannot neglect its importance," Azlina said. The Philippine population is also one of the factors that attracted the interests of Malaysian businessmen.

In order to tap this market, the Matrade held an exploratory mission to Davao City last November 7 to 9, 2018.

"This is our first exploratory visit to Davao City... It is very important for us to understand what businesses are viable for Malaysians in Davao City and Mindanao," Azlina said.

Data showed that bilateral trade between Malysia and the Philippines from January to September 2018 grew by 9.5 percent to US$4.79 billion from $4.37 billion in the same period in 2017.

Aside from the Philippines, Nasaruddin said Malaysian businessmen are keen on further exploring the over 600 million market of the member states of the Association for Southeast Asian Nations (Asean).

"This is agood market not only for Malaysia but for the Philippines as well," he said adding that they are also holding similar exploratory missions in Indonesia, Myanmar, and Vietnam.