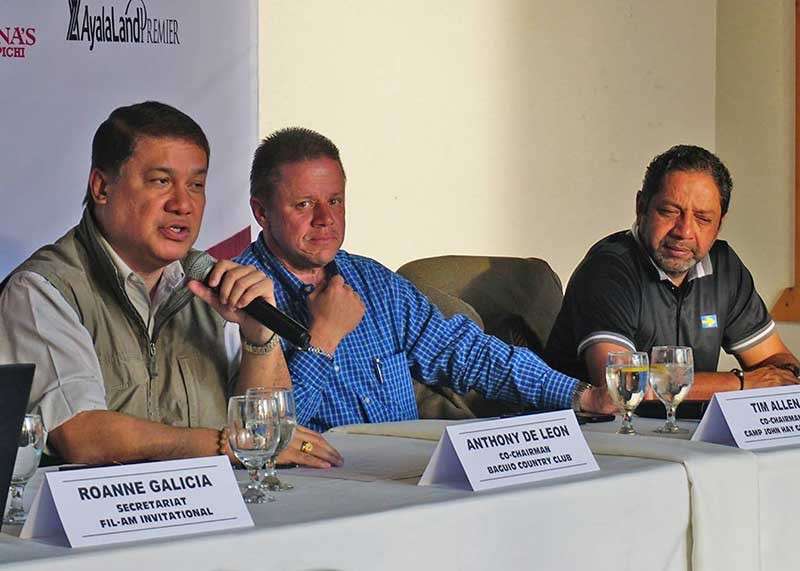 WETTEST rainy season in the highlands?

It’s no big problem for Anthony de Leon of Baguio Country Club and Tim Allen of Camp John Hay as both golf courses are set to host nearly 1,300 amateur parbusters from all over the pacific in two weeks.

Allen, Camp John Hay golf club manager said while Baguio City experienced one of the wettest rainy season, the 18 hole par 69 golf course will be playable in time for the opening of the 69th Fil-Am Invitational.

Same with the Baguio Country Club, as de Leon, the general manager, said the par 61 golf course will be ready to accommodate the largest number of participants in years.

Baguio City and Benguet experienced one of the longest monsoon rains in years after the Philippine Atmospheric Geophysical and Astronomical Services Administration (Pagasa) said rainfall in July 20 until July 21, amounted to 201.6 mm.

Allen said with the almost two month rain, some portions of John Hay’s golf course were damaged but assured participants the areas were already fixed.

De Leon, on the other hand, added the country club was also affected by the long monsoon rains and felt the impact during Typhoon Ompong’s land fall and said the fairway, however, was immediately restored.

A banner of 250 teams will see action in the tournament with 159 battling for the top prize in the regular flights while 91 senior, including five super seniors squad will gun for the trophy in their respective division.

A super seniors division (70 and above) will kick off the tournament which BCC and neighbor Camp John Hay will host from November 28 to December 15.

Practice rounds for said flights are slated from November 28 until 30, with the captains meeting scheduled on the 28th and the ceremonial tee on the 30th at both courses.

Games for said flights will start on December 1 until 6.

The regular Championship to flight E starts on Dec. 7 with the practice rounds until the 9th where second ceremonial tee also slated. Games start on December 10 until 15.

“We need to suspend the implementation of the number coding scheme for all private vehicles only in the city on the aforesaid dates in order to provide members of the mining industry and other stakeholders and our golfers, visitors and their families convenient and stress-free journey around the city to help boost the city’s identity as the prime tourist destination,” Domogan said.