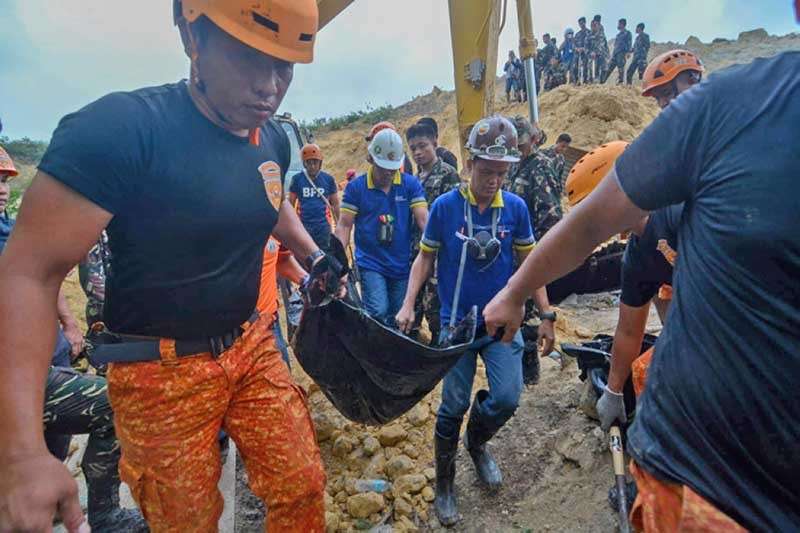 THE National Bureau of Investigation (NBI) Central has not started the identification of the 16 body parts recovered from the landslide-hit portion of Barangay Tinaan, City of Naga two months ago.

The NBI headquarters, however, will only conduct the test if there is a minimum of 50 body parts or samples that can be placed inside the DNA testing machine. Cam said the cost for the test, which uses reagent chemical that detects DNA mutations, is pegged at P2.4 million.

Cam visited the NBI Manila office on Monday, Nov. 26, to ask his superiors to conduct the DNA testing on the 16 body parts together with those found in Itogon, Benguet, which had been hit by a landslide five days before the landslide happened in Tinaan last Sept. 20.

In the Tinaan landslide, 78 bodies were recovered while two others are missing until today.

Cam admitted that the DNA testing will take months before the results will be known by the relatives, but he said the NBI 7 is doing its best to fast track the test. (FMDD of Superbalita Cebu)