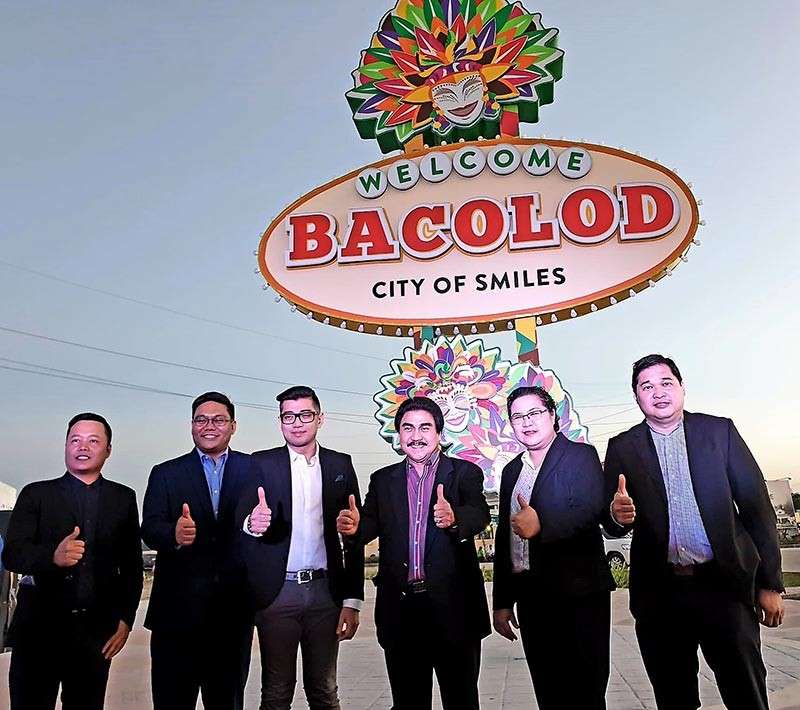 PROPERTY giant Megaworld Corporation, in partnership with the City of Bacolod, inaugurated the Las Vegas-inspired welcome marker in the boundary of the cities of Talisay and Bacolod along Bacolod Silay Airport Access Road.

Harold Geronimo, Megaworld senior assistant vice president and head of public relations and media affairs, relayed the message of their executive vice president and chief strategy officer Kevin Tan, saying: “We are very excited to have such a celebrated and iconic tourist attraction in Northill Gateway, especially since it is also the first of its kind in the Philippines. The fulfillment of this milestone is a testament to our continuing support to the City of Bacolod in its aim to make a mark on the global tourism map.”

Megaworld has constructed the welcome marker at no cost to the City of Bacolod, taking the idea from Mayor Evelio Leonardia.

“The mayor has floated this idea of having a welcome marker for Bacolod, similar to the one in Las Vegas, in front of Forbes Hill, which is within the boundary of both cities. Megaworld then agreed to build the marker within the township,” Geronimo said.

The marker's design features colorful masks, symbolic of Bacolod's very own world-renowned MassKara Festival which will greet both incoming and outgoing visitors of the city.

The said marker stands 7.2 meters. Its construction began in June 2018.

Geronimo said this is Megaworld's gift to the people of Bacolod and Negros Occidental. We want to see this area as a bustling lifestyle district in the City of Bacolod.

Leonardia, for his part, said, “This is what I got from my frequent trips to Las Vegas with Manny Pacquiao. It is true that this was inspired by Las Vegas. It looks like a very simple project but look how far it went as it became an icon of Las Vegas. We are looking forward that the same is going to happen to Bacolod. I am so excited because we are also talking about tourism here.”

He added that this marker is going to stay for good. “This will outlive other tourism projects. This will even outlive us so I look forward that this will become an icon for Bacolod as when people come here, they will take their pictures and share it to the social media. This will become a strong promotional material for all of us in Bacolod. This is historic for us. All of us here are part of history. Let us congratulate ourselves. All of us here are historical figures. This would not have happened without Megaworld.”

Furthermore, the welcome marker will be seamlessly integrated into the Northill Town Center. Visitors to the welcome park will have access to souvenir shops, retail stores, cafes, and restaurants within the commercial complex. Also, part of the development plan is to build a church, supermarket, cinemas, as well as open parks and water features around the town center.