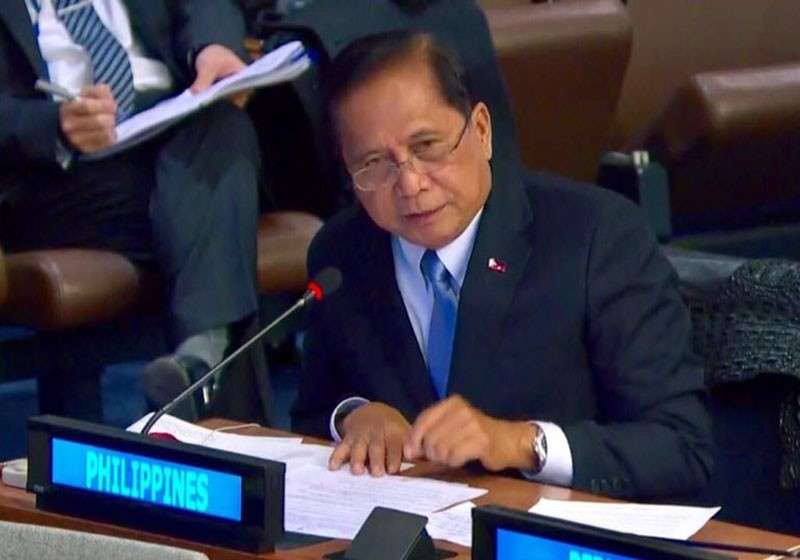 During the inauguration of the Bohol-Panglao International Airport, Duterte announced that he had accepted the resignation of Dureza.

"I am very sad that I accepted the resignation of Secretary Dureza," the President said, without elaborating reasons for Dureza's resignation.

I TAKE FULL RESPONSIBILITY IN CORRUPTION AT OPAPP. November 27, 2018 Mr. President, I am glad ( but with some...

Dureza's resignation came amid the collapse of the peace negotiations between the government and the communist group.

His announcement came a day after his revelation that he would fire "another Undersecretary."

"I fired his (Dureza's) Usec. Ronald Flores [of] Opapp, which is the presidential office for the peace process, and [an Assistant Secretary], Yeshter Don Bacay," the President said.

"Well, in fairness to Secretary Dureza, wala man siyang ano (he's not involved in irregularities). Maybe because he's the head of office. Itong dalawang nagkalat din. T*** i** 'to (The two made a mess. Son of a b****)," he added.

The President bared Monday, November 26, that he would fire "another undersecretary," apparently referring to Flores, who is accused of being involved in corruption in government.

Flores's dismissal came five days after Duterte announced that he had sacked Housing and Urban Development Coordinating Council secretary-general Falconi Millar, who is accused of extortion.

Duterte, in his latest speech, said he would fire "another guy," who also holds the rank of undersecretary.

He, however, refused to divulge the name of the public official who will also face dismissal from service.

"I'm still going to fire another one. I'll not talk about it anymore. Tapos na tayo mag-usap. Sinabi ko ganun, ganun talaga (We're done talking about it. It's how it goes)," he said. (SunStar Philippines)
< Previous PageNext Page >