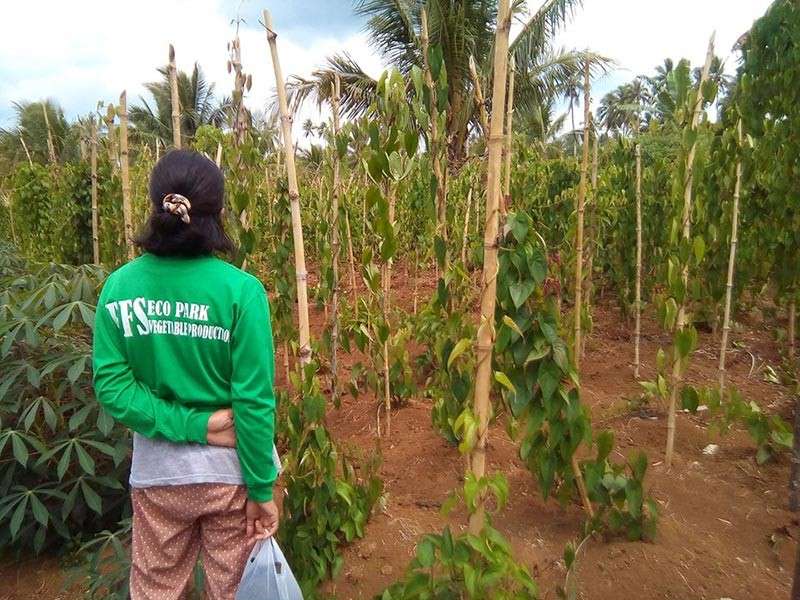 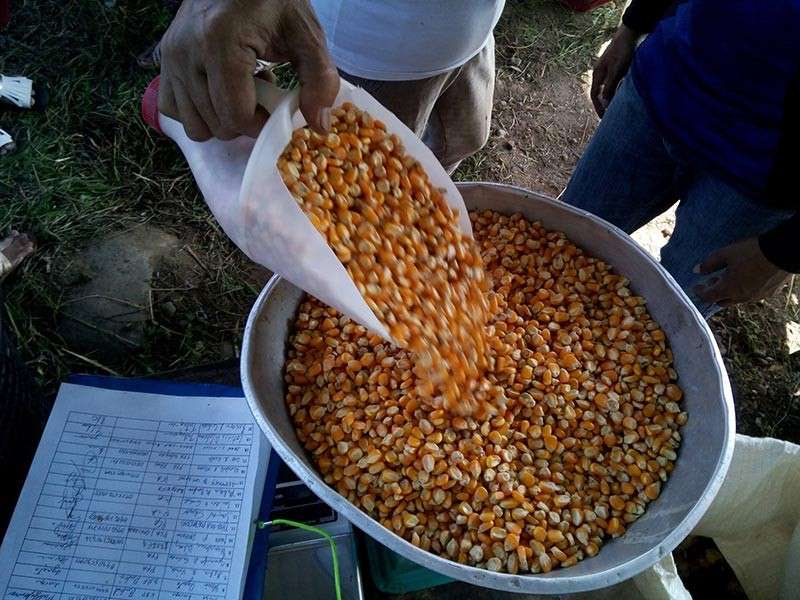 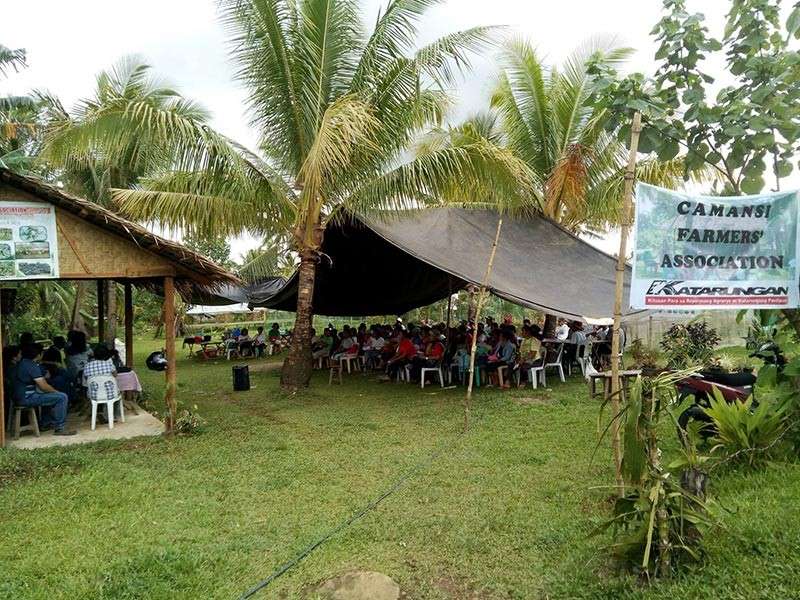 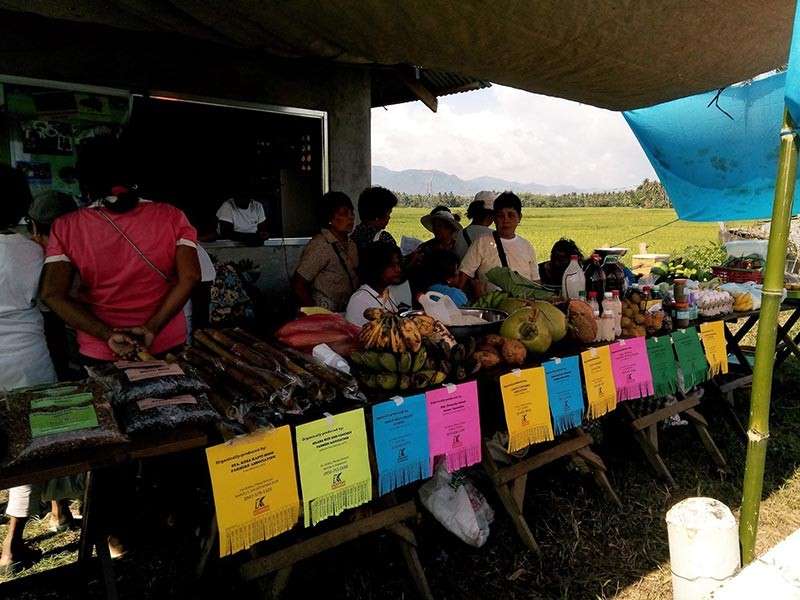 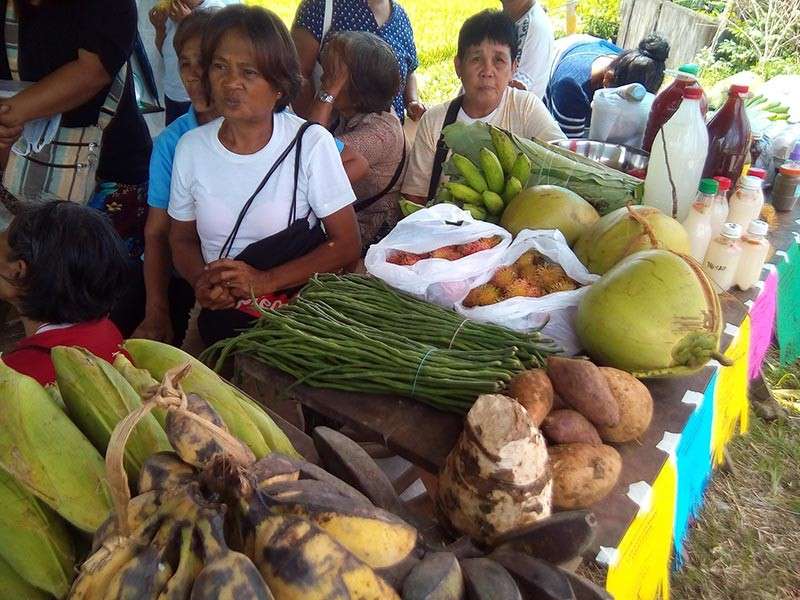 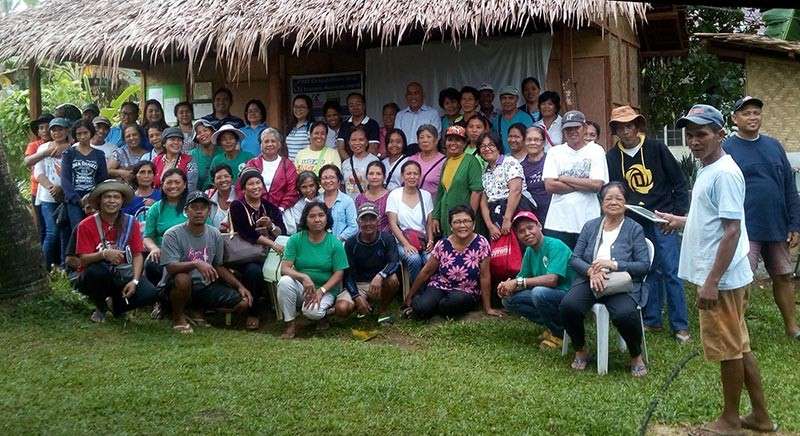 INES Canares, 58, is no longer interested to apply for work abroad to support her two children.

Five years after Super Typhoon Yolanda (Haiyan) devastated the central Philippines, Canares, along with 30 fellow farmers, decided to open a communal farm with the help of a Catholic Church charity organization.

“We tried planting together in a one-hectare farm, which we can call our own now. This is much better because we can have a regular source of food for our family and extra income,” said Canares, president of the Camansi Farmers’ Association (Cafa) in the small interior village of Camansi in Carigara, Leyte.

After receiving their certificates of completion from the Rights’ Farmer Field School, Cafa, along with farmer groups from Alangalang, San Miguel, Barugo, and Ormoc City, continued their demo farm.

“Transferring the technology they learned from the Farmer Field School, all members took part in enriching their farm, from tilling to watering to clearing,” said Rina Reyes, project coordinator of Rights Network.

After the training, the farmer groups engaged the Provincial Government and other non-governmental organizations into contract farming.

“Thus, they have ube (purple yam), and cassava, including cassava feeds that they deliver directly to markets in Tunga and other towns in Leyte,” Reyes said.

“This year, they took on two more projects, vermicompost production, and tilapia raising,” she added.

According to Canares, they did not receive enough livelihood assistance from the government.

“Mostly, we rely on our own efforts,” said Canares while thanking Rights Network for providing them the legal remedy in obtaining their farmland.

Vermiculture is a new farming technology in the Philippines that uses various worms in bedding materials filled with soil, decomposing food waste, and vegetable to be used as fertilizer.

On September 25, the farmers set up their first agri-fair at their newly constructed Point of Sale (POS) or a mini-market along the town’s highway.

Lourdes Cabelis, president of their farm market, said they are “proud of our achievement.”

“The launching of our own market only shows that we can push for organically grown products and earn from it,” she said.

Yet for Reyes, the selling of the products also sustains their struggle for land rights.

“Land, food, and territorial sovereignty may not be that far-fetched a dream,” said Reyes while hoping that this would inspire other farmers in Haiyan-hit areas to duplicate Cafa's initiative.

“Perhaps, it is that the soil in their area is truly healthy, or maybe it is the collective effort of all members that continues to spell the difference. Soon enough, they will be dealing with rice trading. And to top it all, their group has the potential to get into flower culture for possible business marketing floral arrangements and decorative plants, and maybe in landscaping,” added Reyes, as she saw the potential in the farm.

According to Reyes, the Cafa's effort in enriching what they learned post-Yolanda and in sustaining food production is truly inspiring.

From Yolanda victims to food providers

“It took two years to finally bring them together because prioritized the land rights issues and they have just concluded training then. We’re testing the viability of putting up a store that is far from the town’s central market but near from the farmers,” Reyes said.

“We’re working now on transportation and scheduling of products. But our ultimate goal is to cut traders and consolidators, and have the farmers sell their own and to be recognized as one of the producers of organically grown crops,” she added.

“Disaster occurrence is a vicious cycle. We don't know when and where the next big one will strike. But we know, farmers are always the most vulnerable to the effects of climate change. Most specially, farmers without secured land tenure,” said Reyes, who has been leading land rights work for Yolanda farmers in Eastern Visayas since 2014.

“To be frank, the farmers have not yet recovered from Haiyan. Much of the pre-existing issues remain, like tenurial security and lack of support services,” she added.

Dhon Daganasol, president of the farmer and fisherman group Katarungan-Eastern Visayas, said they continue to push for the rights of their members.

“Five years after Yolanda, we still have many things left unanswered,” Daganasol said.

“There are still plenty of engagements that remain hanging until now. Despite the continued struggle on recovery, there is also reason to celebrate like the harvest in their farms today,” added Joli Torella of the Urban Poor Associates.

Torella maintained that farmers and fisherfolk have something in common.

“The reflection five years after Yolanda is that nobody will help Yolanda survivors except themselves,” he said. (SunStar Philippines)