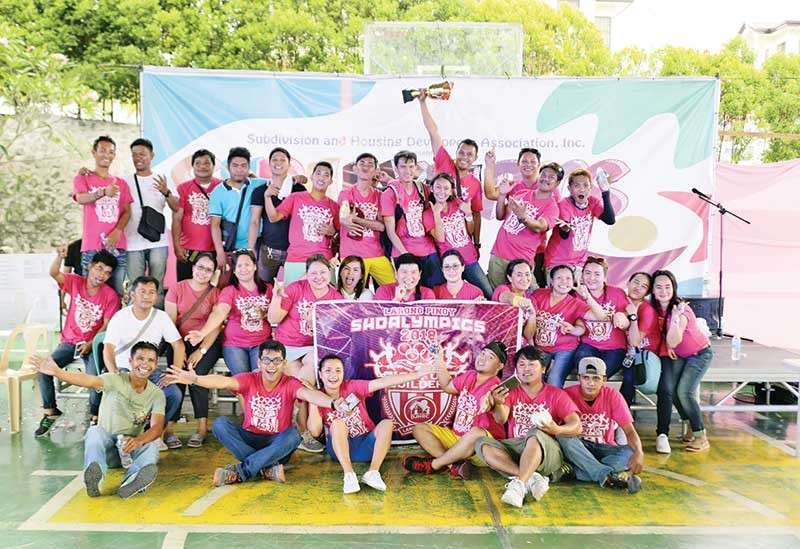 HOW fun is it to play again Larong Pinoy?

Nostalgic as it is, playing Filipino games brings so many memories from our childhood and it signifies how rich our culture is. Filipino games are undeniably part of the foundation of us Filipinos.

"This is our way of strengthening our ties with each other. The Larong Pinoy concept will bring us back to our roots and remind us to provide more quality housing projects to the Filipinos," Architect Kristin L. Lu, Kisan Lu Lands Incorporated president and CEO as well as SHDA Southern Mindanao chairperson, said.

She said the goal of the annual sportsfest is to create a healthy competition atmosphere, a good network of skills, and camaraderie among SHDA members.