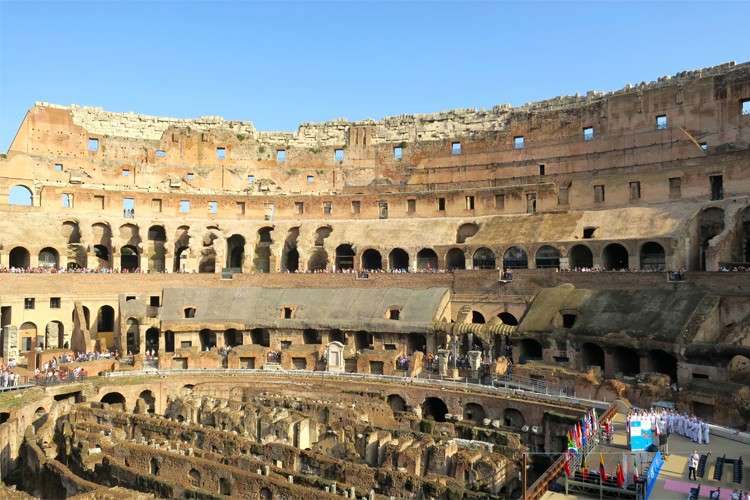 During The Roman Times, women were considered second-class citizens. They sat at the cheapest seats, located at the top of the Colosseum. (Photo /Crystal Neri) 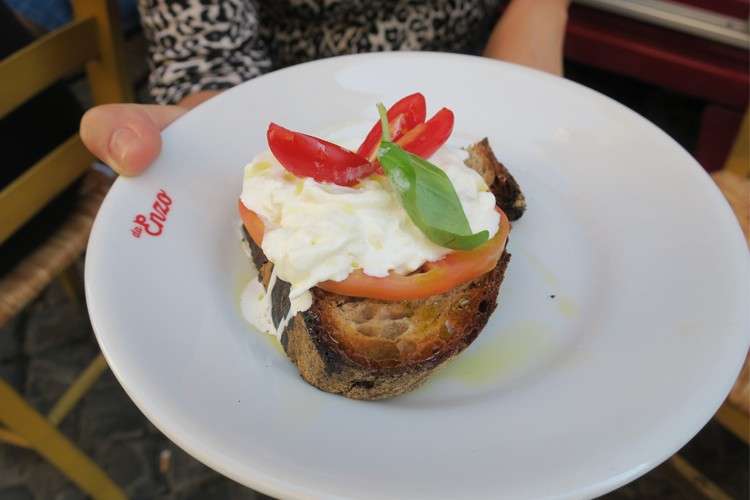 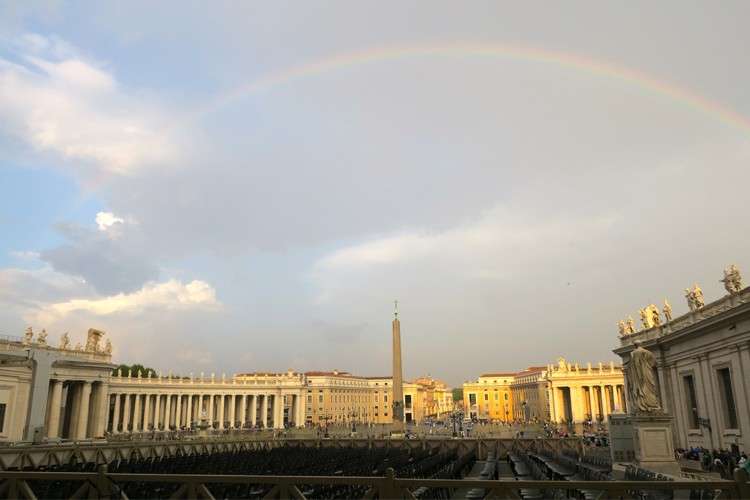 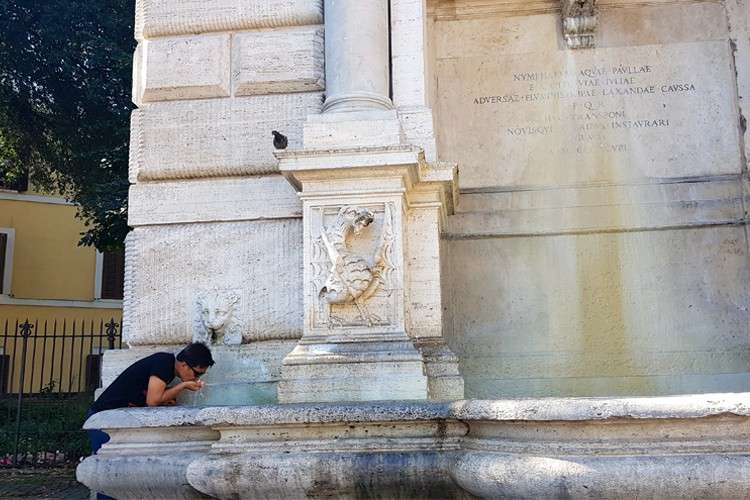 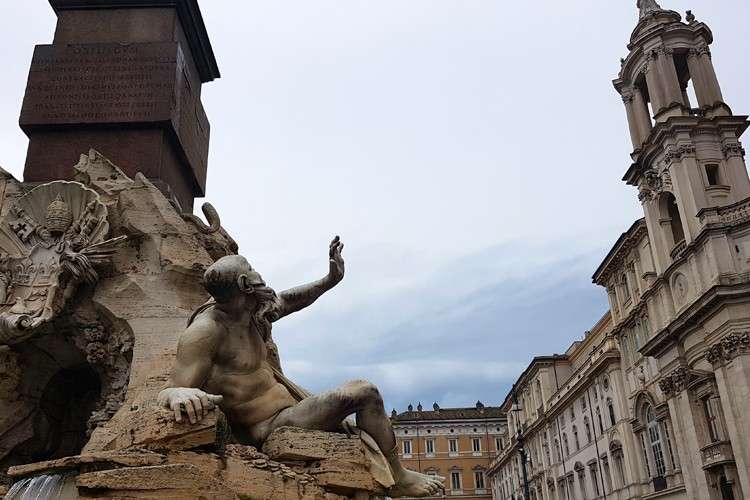 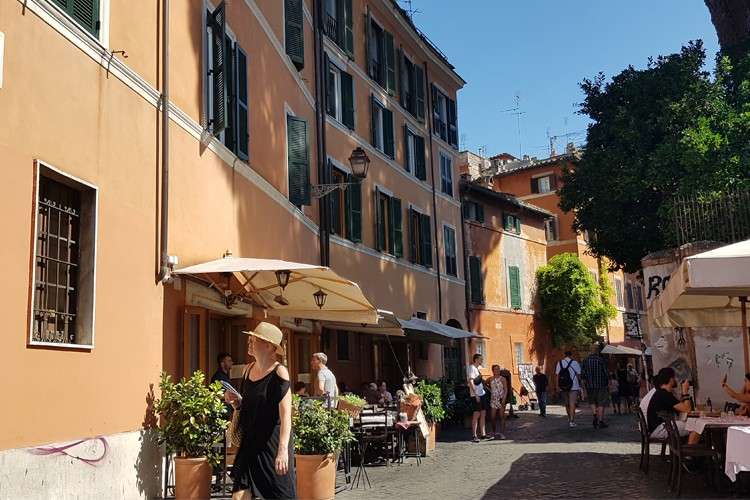 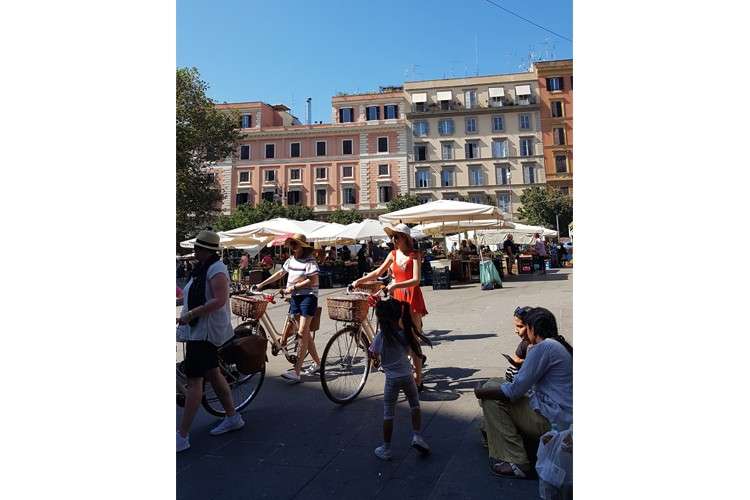 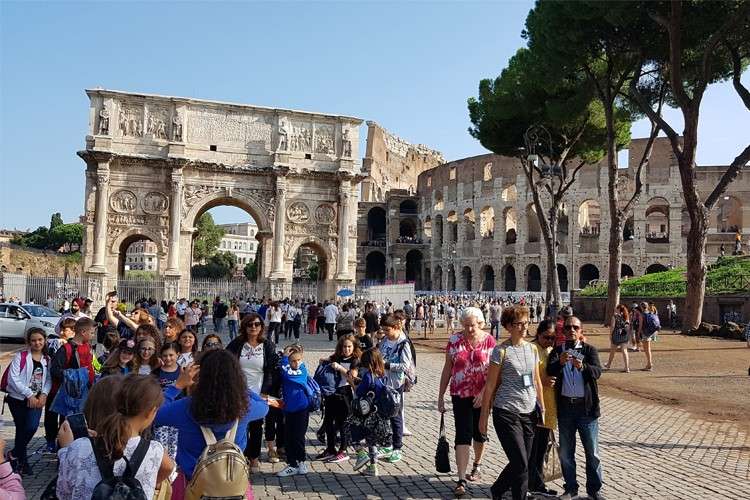 Crowds Of Rome early in the morning in front of the Arch of Constantine. (Photo /Crystal Neri)

ALONG pastel-colored medieval buildings of Trastevere, we found Da Enzo, a sibling-run trattoria serving Roman cuisine for more than 70 years.

Owner Maria Chiara Di Felice greeted my husband Jovi and I with a plate of bruschetta, composed of sweet and velvety burrata from Andria and hand-picked Daterrini tomatoes, assembled on top of crusty wood-oven baked bread. While the lively restaurant crowd chatted away, we ate elbow-to-elbow with a Thai Catholic priest who has taken up residence in Rome to study canon law. His group shared with us red wine from Lazio, while a local played an upbeat guitar solo.

We came to Trastevere, a colorful neighborhood located across the Tiber river, to get away from map-toting crowds of Rome. We felt suffocated by tourists at the Trevi Fountain, fighting for every inch of space. Even late at night, we found it a challenge to find seats along the walls of the Sistine Chapel. With a real overcrowding problem in Rome’s top spots, the goal was to outsmart thousands of stomping tourists and enjoy the sights in some semblance of peace.

Rome, the capital of Italy and Catholicism, is one of the most visited cities in the world. Its ancient ruins and art masterpieces, however, have always been calling my name. I’ve spent countless hours reading Roman anthologies, rewatching the 2000 movie Gladiator and learning about Renaissance and Baroque masters in art school.

Our plan to avoid the lines in the Eternal City was to follow the quintessential travel tip: go out very early or late. We found the shortest line to buy tickets to the Colosseum/Forum/Palatine Hill was at the Forum’s entrance early in the morning. At this time of the year, the Vatican Museum offered late night openings on Fridays. We found it a steal that for €37, we got a ticket and buffet appetizers, including classical music performance, at the museum’s Pinecone Courtyard. A well-planned evening ensued, leaving us room to enjoy the Sistine Chapel for a long time. There were still crowds but we noticed they were the upscale type: group tour joiners dressed in suits and families with older kids who can stay up late.

One evening, Jovi and I watched the greatest lights and sound show we’ve ever witnessed, Viaggio Nei Fori. Available for a limited time only, this nighttime open-air multimedia show uses music, lights and historically correct commentary to bring ruins to life. There were two shows to choose from – Forum of Augustus and Caesar – but we only had time to watch the former.

After being handed earphones and asked to sit down on wooden benches in front of the Forum of Augustus, we were ready. Soon we were transported to ancient Rome, climbing up the Temple of Mars Ultor and settling land disputes in a court of justice. Cutting-edge technology reconstructed the forum as it once was. We listened to famous scholar Piero Angelo as he narrated a typical day in imperial times. Romans cried to death as the porticoes burned down during the fall of the great empire. In daylight, the Forum of Augustus might look like a bunch of ruins along the road. But Viaggio Nei Fori was a spellbinding show, eliciting shrieks and claps from the group of male backpackers behind us.

Off the beaten path

Looking for the best ways to avoid crowds gave us a unique perspective of Rome. Instead of paying for mass organized tours, we used audio tours. One of them was called VoiceMap, a location-aware paid app. We saw Europe’s finest open-air museum: Spanish Steps, Piazza Navona, Trevi Fountain, Pantheon, and more – through an immersive audio experience created by a local storyteller. My favorite was by Antonius called What Emperor Hadrian Lost which pointed to us an ancient arch, built in 1 AD and now hidden under a Fascist building; and Grom, a gelateria known as one of the best. Both stops were devoid of tourists.

We also slept away thoughts of pickpockets and mobs by staying at an Airbnb in the Jewish quarter. Our host Rita renovated the studio in 2005. Despite the new flooring and modern touches like a shiny red table and life-sized movie lights, the building’s heritage was obvious with 10-foot doors and whitewashed stone walls. “Trolleys not allowed in this 15th-century staircase,” greeted the sign on our doorway.

On our last day in Rome, we planned to commute to the airport. We later found out that buses stopped running because of a marathon. We only knew because a local spoke to us in rapid-fire Italian and two English words, “No bus.” I thought this little detail stood in for a whole narrative. Rome blesses visitors with ancient sights and modern vibrancy but curses them with crowds and chaos. Touring the city on our own and in control of our discoveries gave us the time to explore it in depth and allowed us to see its pervasive beauty.