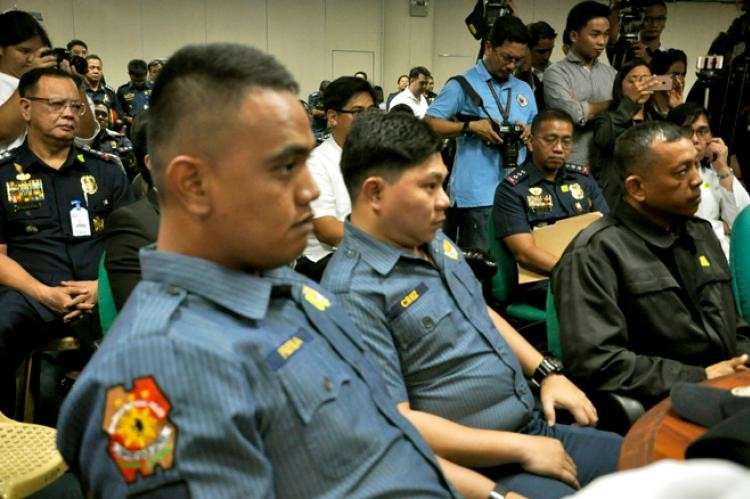 A CALOOCAN City court has convicted of murder three policemen who were implicated in the killing of 17-year-old Kian delos Santos in an anti-illegal drug operation in August 2017.

Azucena, however, ruled the policemen not guilty of charges filed against them for allegedly planting evidence, particularly illegal drugs, against Delos Santos.

Meanwhile, the judge has ordered the arrest of the police asset identified as Renato Perez Loveras, who allegedly told the police that Delos Santos was involved in illegal drugs transaction in their area.

Charges against Loveras were temporarily archived pending his arrest.

Delos Santos was killed on August 16, during an anti-illegal drugs operation in Baranggay 160 in Caloocan City.

The three policemen earlier claimed that the operation led to a shootout and that they chanced upon Delos Santos, who tried to shoot them, prompting them to shoot him back and kill him.

In a CCTV footage, however, Delos Santos was seen being dragged by two of the three involved policemen before he was found dead.

The cops said they did not drag Delos Santos, claiming it was their police asset.

A witness justified the CCTV footage, saying there was no shootout and that Delos Santos was dragged by the policemen in a dark corner in their alley and was shot.

The witness said Delos Santos even tried to plead for his life.

After the killing, police said Delos Santos was involved in illegal drugs, although they are yet to establish any information about it.

The incident, which was followed by the killing of another teenager, 19-year-old Karl Angelo Arnaiz also by Caloocan cops in the said city, has prompted President Rodrigo Duterte to order the Philippine National Police (PNP) not to participate in the government’s crackdown on illegal drugs.

The Senate investigation on extra-judicial killings amid the government’s bloody drug war was also re-opened following the incidents.

“This is a compelling verdict because it tells us that justice is on hand, not just for the young Kian delos Santos, but for the other dubious deaths linked to the drug war,” Poe said.

“The case should be followed through until a just conclusion. Hopefully, this would create a momentum that could help stem the tide of unexplained killings in the country,” she added.

Aquino said Delos Santos was not killed only by the policemen but also by the “violent policies” or the drug war that affects mostly the poor families.

“Hindi ito dapat matapos dito. Dapat may magbago (This should not end here. There must be a change),” he said.

Pangilinan said the cops’ conviction only proves that some policemen are involved in “violence.”

The Commission on Human Rights also commended the court for its order, as well as those who helped the family to attain such justice.

The Human Rights Watch, in a statement, said the court's verdict Thursday "is particularly important because it is the first conviction of state agents implicated in a drug war killing."

"This is a triumph of justice and accountability and a warning to members of the Philippine National Police to respect due process and the rights of civilians as they do their job," it said.

Magdalo Partylist Representative Gary Alejano, for his part, said the court decision is a sign that there is hope for the country.

(This is just the start of our quest for justice. This is not the end as there are still a lot of victims of Oplan Tokhang.)

“We must hold the perpetrators and enablers of crimes against humanity accountable,” he added.

Alejano said the conviction of the cops is “historic,” as this is the first time that policemen were convicted due to the bloody war on drugs of the Duterte administration.

He said the conviction proves that the government forces are involved in extra-judicial killings.

“Despite the constant flip-flops of the government regarding the issue, extra-judicial killings have occurred in the country. The alleged drug crackdown has taken the lives of people, mostly the poor while big time personalities are still at large. The conviction of the policemen just affirmed the involvement of government forces, particularly the Philippine National Police,” he said.

Akbayan Representative Tom Villarin is hoping that the court decision will prompt confessions on the part of the police.

“Who must see this as an opportunity to finally clear their name as an institution, and their conscience as individuals,” he said. (SunStar Philippines)