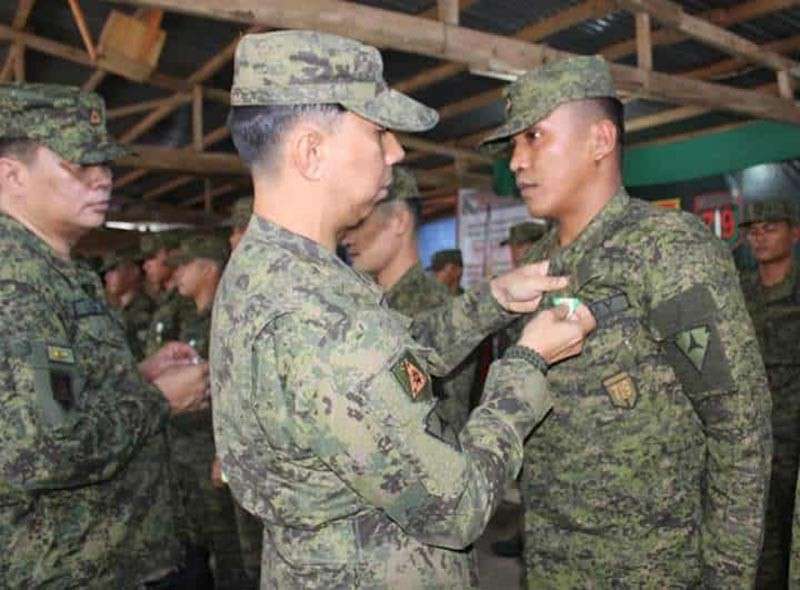 SAGAY. Colonel Benedict Arevalo, commanding officer of the Army’s 303rd Infantry Brigade, pins a medal to one of the troopers who encountered the suspected rebels in Escalante City on November 16. (Brown Eagle)

“As a commander, I want to ensure that my troops will always be in the highest state of morale by giving them medals and due recognition for what they've worked hard for because well-motivated troops can easily win the campaign against the New People’s Army (NPA),” Arevalo said.

The SAF personnel were also recognized as a manifestation of the government forces strong collaboration and commitment to put an end to NPA's extortion and violence in the province.

“The Army and police in Negros will continue to strengthen collaboration to fight the terrorist NPAs,” Arevalo said.

On November 16, military troopers and SAF personnel engaged in a firefight with suspected rebels in Barangay Washington, resulting in the reported deaths of two rebels.

Following the reported sightings of armed men in the village, the military conducted clearing operations in the area when they encountered about 10 alleged NPA members, who were reportedly seeking refuge at one of the houses. (GYM)