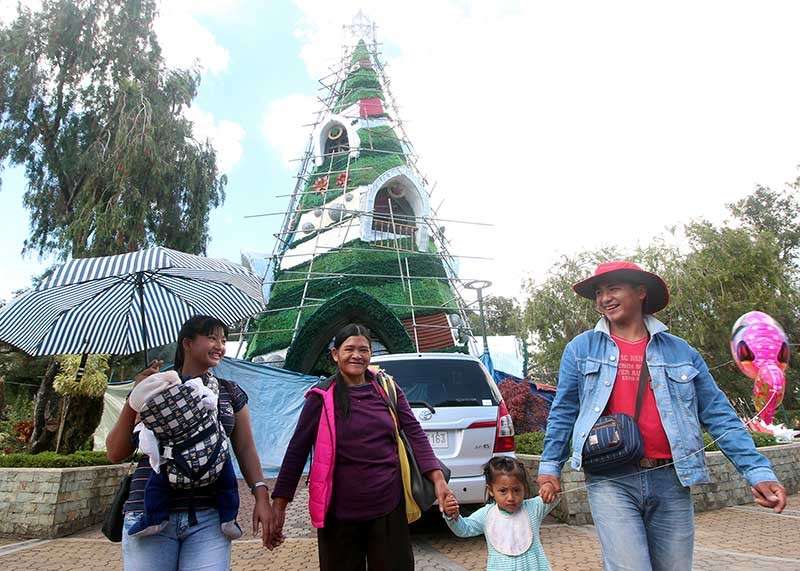 BAGUIO. A family from Tuba, Benguet enjoys a stroll at the Rose Garden in Burnham Park with the giant Christmas tree set to light up on December 1. (Photo by Jean Nicole Cortes) 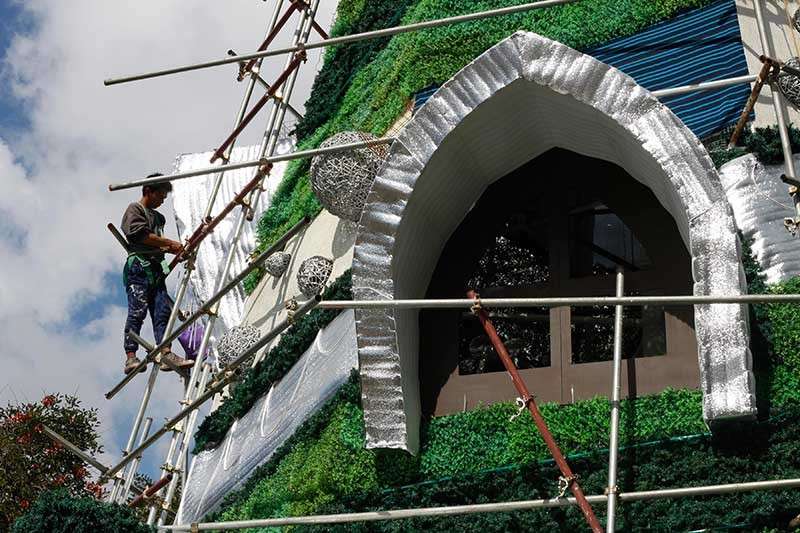 BAGUIO. A worker completes the details of the giant Christmas tree at the Rose Garden in Burnham Park in time for the opening of “Christmas in Baguio” on December 1. (Photo by Jean Nicole Cortes)

TO AVOID hassle this coming holiday season, traditional Christmas trees will be set atop Session Road.

Baguio City Councilor Elmer Datuin, who chairs the council’s committee on tourism and Christmas events, said simple traditional trees will be set at Session Road rotunda as well as the Burnham Park area after a non-traditional tree set atop Session made by Tinatik artist Maela Liwanag Jose was burned down.

The Jose art installation is described to have references to the culture and art not only of Baguio but the whole of the Cordillera. It aims to tell the story of creation starting from the sun, rain, mountains, plants, animals and man. It will embody the symbols of the Cordillera such as the “bulul,” the lizard and the tattoo patterns in line with the Christmas season.

The previous year, a four-story tree made out of recycled materials at the Rose Garden was set ablaze with suspects still at large to this day.

Datuin said both trees will be made of simple, recycled material and will be Cordilleran inspired made by the city government.

The city lawmaker also launched the activities set for the holiday season which is highlighted by the Saint Louis University lantern parade on December 1 followed by the traditional lighting of the trees, signaling the start of the Yuletide in the city.

Datuin said a Christmas light and sound show will also be set at the Malcolm Square.

The councilor added the city has budgeted P2 million for the entire Christmas program of the city.