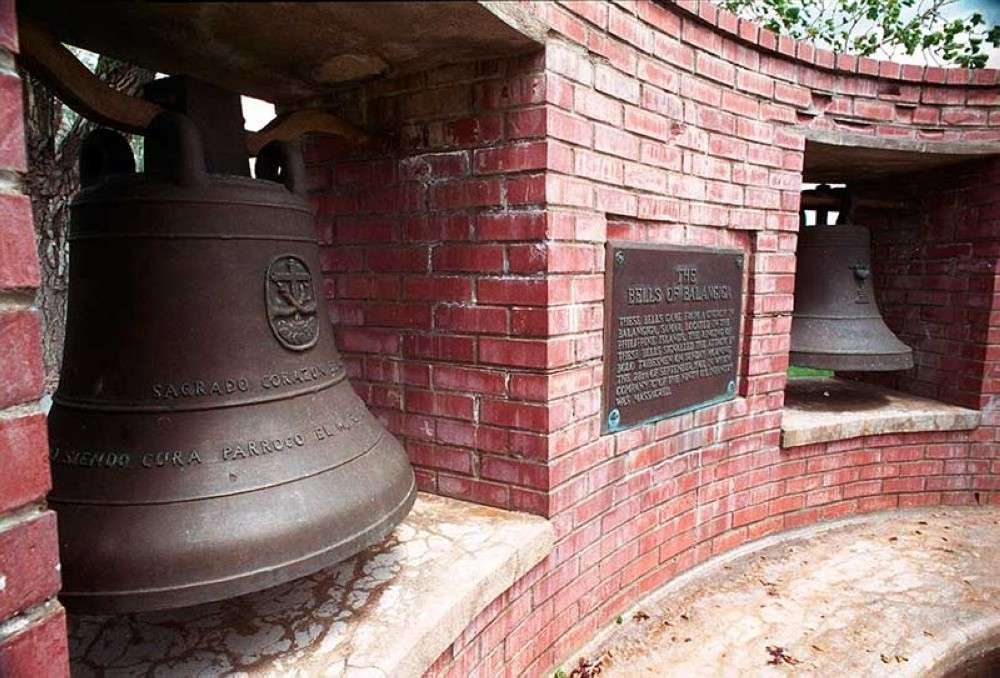 THE Diocese of Borongan in Eastern Samar called Friday, November 30, for reconciliation among everyone, especially those involved during the time when the historic Balangiga bells were taken by Americans.

The Balangiga bells are expected to arrive in the country between mid-December to early January after the United States government signed documents favoring the repatriation of the bells to the Philippines.

The bells were taken by American soldiers in 1901 as war booty after they killed residents of Balangiga town in Eastern Samar. The incident is now popularly known as the Balangiga massacre.

Two of the three church bells are being kept at the Francis E. Warren Air Force Base in Cheyyene, Wyoming, United States, while the third is at a US military base in South Korea.

In a pastoral letter, Borongan Bishop Crispin Varquez said it is imperative that the return of the bells bring forth the peace and forgiveness long sought by all sides involved.

“Let us therefore rejoice over the return of the Balangiga bells. But we must also constantly return to the Lord and to one another by our continuing renewal and reconciliation,” said Varquez.

He said the reconciliation could not come at a better time since the bells are being brought back during the season of hope and peace.

“This is only right because the bells are instruments of prayer and worship, sources of true hope and peace,” he said.

The prelate also said that reconciliation is necessary not only because of the good gesture shown by the United States government in returning the bells.

Earlier, a ceremony was held at the Francis E. Warren Air Force Base in Cheyyene, Wyoming, for the symbolic turnover of the bells. It was attended by US Defense Secretary Jim Mattis and Philippine Ambassador Jose Manuel Romualdez.

The decision to repatriate the bells happened after President Rodrigo Duterte, during his 2017 State of the Nation Address, called for their return.

"Give us back those Balangiga bells. They are ours... Isauli naman ninyo. Masakit yun sa amin (Return them to us. This is painful for us)," he sad in his Sona. (HDT/SunStar Philippines)