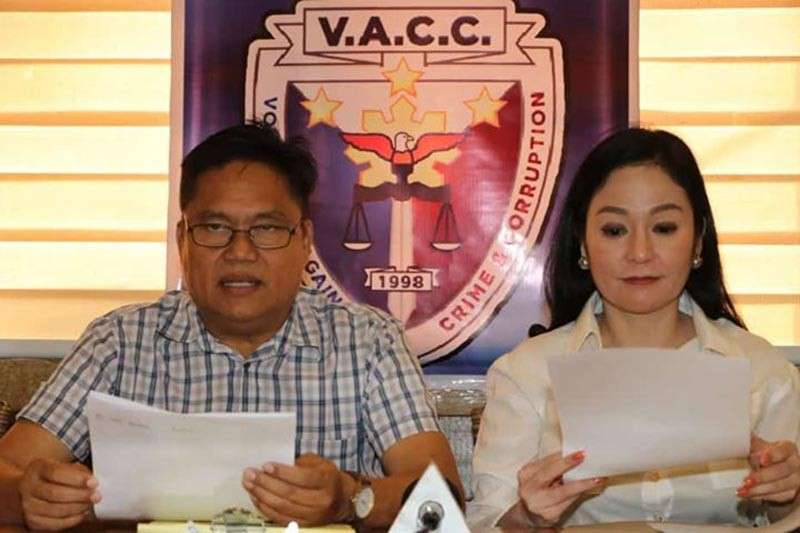 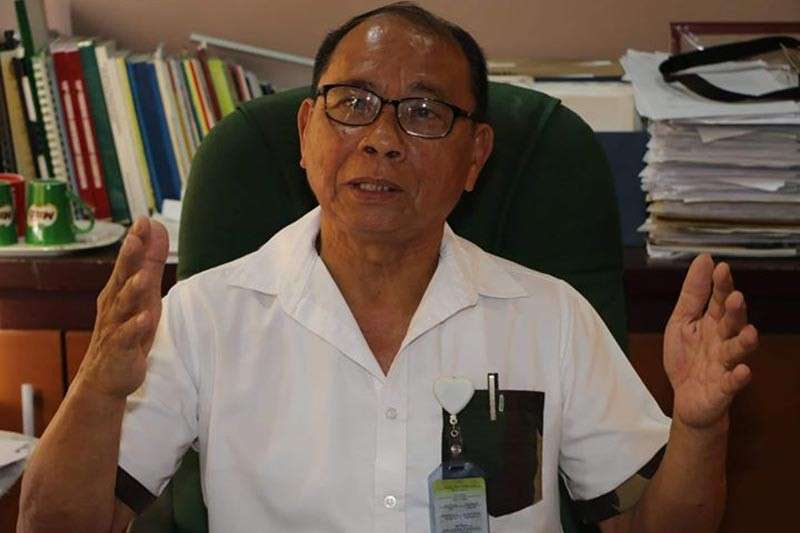 PAMPANGA. Bamban Municipal Administrator Carlito Policarpio vehemently denied the accusations of the Volunteers against Crime and Corruption. He clarified to the newsmen that the demolition of the public market was aboveboard and in accordance with the law. (Chris Navarro)

THE Volunteers against Crime and Corruption (VACC) filed before the Office of the Ombudsman graft and corruption cases against Bamban, Tarlac Mayor Jose Feliciano and ten other local officials in connection with the alleged illegal demolition of the burned municipal public market in May, 2018.

“I am filing the foregoing criminal complaint against respondent municipal officials for violation of Republic Act 3019, otherwise known as the Anti-Graft and Corrupt Practices Act and Republic Act 9184, otherwise known as Government Procurement Act, when they, as the elected municipal officials of Bamban, Tarlac and in the discharge of their official functions, knowingly, unlawfully and intentionally ordered, initiated, and allowed the demolition and dismantling of the burned Municipal Public Market together with the disposal of the salvaged materials in unjustified haste and evident bad faith when they disregarded Republic Act No. 9184 otherwise known as the Government Procurement Reform Act resulting to the prejudice, damage and losses to the government,” said Gomez in his complaint-affidavit dated November 19.

Gomez said the public market located at Poblacion, San Nicolas was gutted by fire on May 15, 2018. A few days later, he alleged, a demolition crew fenced its perimeter and started demolishing and dismantling the burned structure and, thereafter, all of the salvaged materials such as steel bars, huge steel beams, steel trusses, and roofing materials were allegedly hauled by the trucks to unknown destinations.

“Seeing the apparent haste and realizing that the demolition and the recovery/disposition of the salvaged materials did not go through the proper process of bidding as per the Government Procurement Reform Act and the apparent disregard to the Commission on Audit Circular No. 89-296, I wrote a letter to the Sanggunian Bayan Secretary on October 22, 2018 and requested for the certified true copies of the resolutions and/or ordinances that should have been passed concerning the same and, if there were none or wanting, I asked that a certification to that effect should be issued in my favor,” said the complaint-affidavit.

“In the Sanggunian Bayan secretary’s reply dated October 23, 2018, she categorically stated that: I don’t have in my file/possession of the following documents which, to my mind, are all necessary and essential prior to the demolition, dismantling and/or disposition of the salvaged materials could occur,” it added.

But in an interview at the Bamban Municipal Hall on November 26, Municipal Administrator Carlito Policarpio vehemently denied the accusations of Gomez.

He said the demolition and dismantling of the municipal public market was done “aboveboard and in accordance with the law.”

Policarpio said that they have documents to disprove the allegations of Gomez. He added that politics could be behind the attack against Feliciano, who was out of the country during the interview.

He said that Gomez ran for mayor and barangay captain but lost in both occasions.

Meanwhile, VACC Central Luzon chapter president Pyra Lucas, who joined Gomez during the press conference, said “there is nothing personal against the filing of cases against Feliciano.”

“This is just work,” she said.