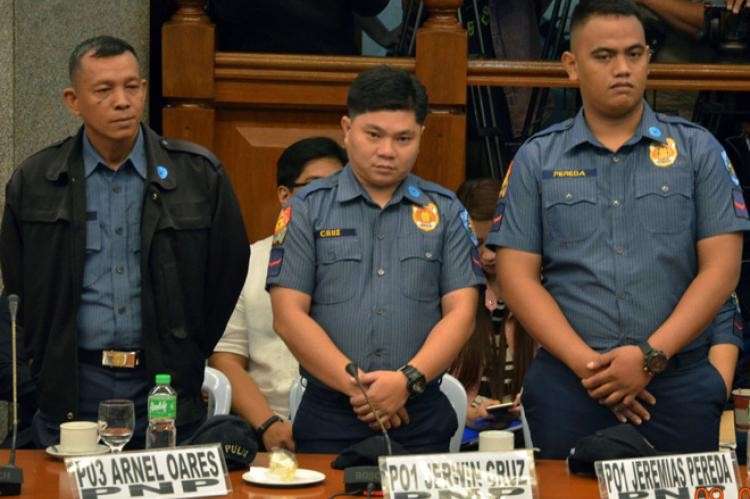 PRESIDENT Rodrigo Duterte assured the public on Monday, December 3, that he will not grant pardon to three Caloocan policemen who were found guilty of murdering 17-year-old Kian Lloyd delos Santos during an anti-drug operation in August 2017.

Delos Santos, a Grade 11 student, was shot to death after allegedly resisting arrest during a "One time, Big Time" anti-drug operation conducted by the Caloocan City police on August 16, 2017.

A closed-circuit television camera footage, however, showed that Delos Santos did not resist arrest.

The three Caloocan cops, however, were not found guilty of planting illegal drugs and a gun "for failure of the prosecution to prove the guilt beyond reasonable doubts."

Duterte maintained that he would only protect police officers whose lives are in danger during arrest of resisting drug suspects.

"Look, ang sinabi ko, I will defend to death my soldier and my policemen if they commit some acts which can be considered criminal, but done in the performance of their duty. Hindi ko iiwanan iyan kasi kung hindi, papatayin ako ng mga sundalo ko pati pulis, kasi ako ang nag-utos sa kanila ng ganoon," he said.

(Look, what I said is I will defend to death my soldier and my policemen if they commit some acts which can be considered criminal, but done in the performance of their duty. I will not leave them because soldiers and policemen will kill me since I was the one who gave the order.)

"Pero for you to murder, hindi kasali iyan (But murder is not included). There's only one way that it can happen -- that you are in the performance of your duty, or duty-connected, then there is an event there that's happening and your life is in danger, then you can kill your opponent. That is what the law says," he added. (SunStar Philippines)